Patty Mills is set to enjoy a massive payday of $16 million after the Aussie basketball star agreed to terms with NBA team Brooklyn Nets.

He will soon be teammates with Nets superstar Kevin Durant – but before that they will face off in the semi-finals at the Tokyo Olympics, where Team USA are heavily favoured to end the impressive charge of the Boomers.

Young gun Jock Landale, 25, who impressed on court at the Games, is also buzzing after landing a two-year NBA deal with Mills’ current club, the San Antonio Spurs.

The 6ft 11in star spent this season playing in the NBL with Melbourne United, winning the championship and earning MVP honours in the grand final series. 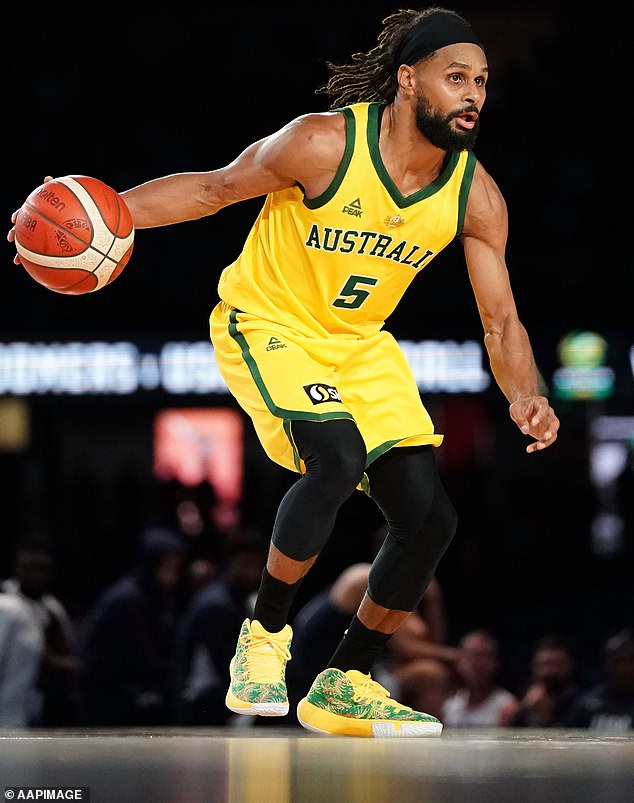 Despite just being offered a massive $16 million contract with the Brooklyn Nets in the NBA, Patty Mills’ focus is Olympic gold with the Boomers in Tokyo 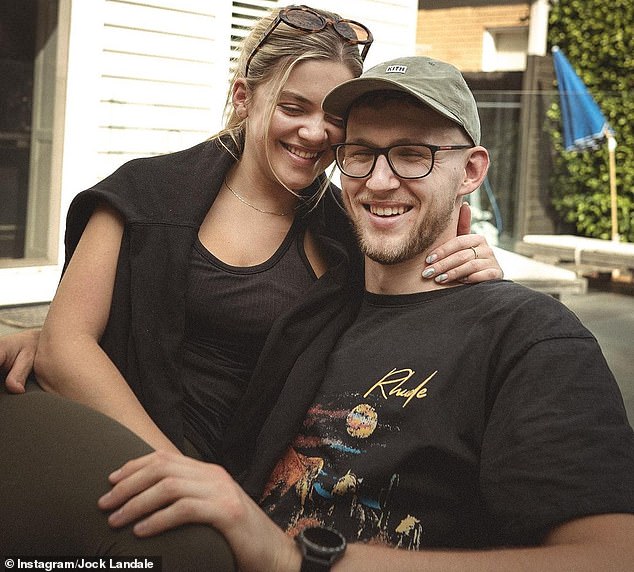 Mills’ steely focus hasn’t waivered at the Olympics, despite the eye-watering contract negotiations with Brooklyn.

‘We are on a mission here and we always talk about having no distractions…we are in the trenches together and not going to let anything come in the way of that.’

Mills, 32, was also reportedly in the sights of the LA Lakers, but joining the Nets’ enviable roster of Durant, James Harden, Kyrie Erving and DeAndre Jordan was an offer simply too good to refuse.

According to multiple reports, Mills’ deal pushes the Nets roster to combined annual salaries of $US172 million.

Mills, who won an NBA championship with San Antonio in 2014, is one of the NBA’s best shooters.

The point guard is coming off an impressive campaign with Spurs, where he averaged 10.8 points and 2.4 assists from 24.8 minutes per game.

He has also previously turned out for the Portland Trail Blazers in the US as well as enjoying a stint in China with the Xinjiang Guanghui Flying Tigers. 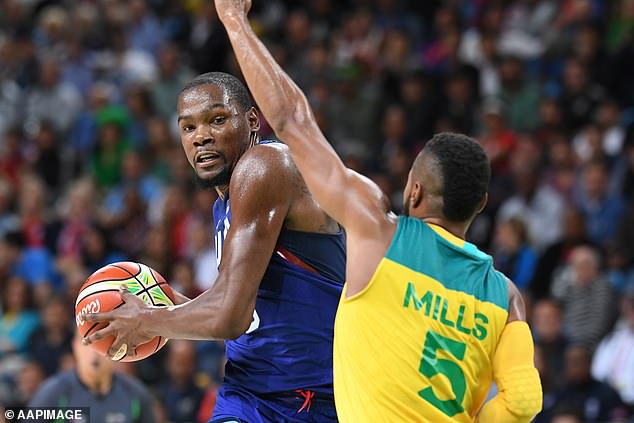 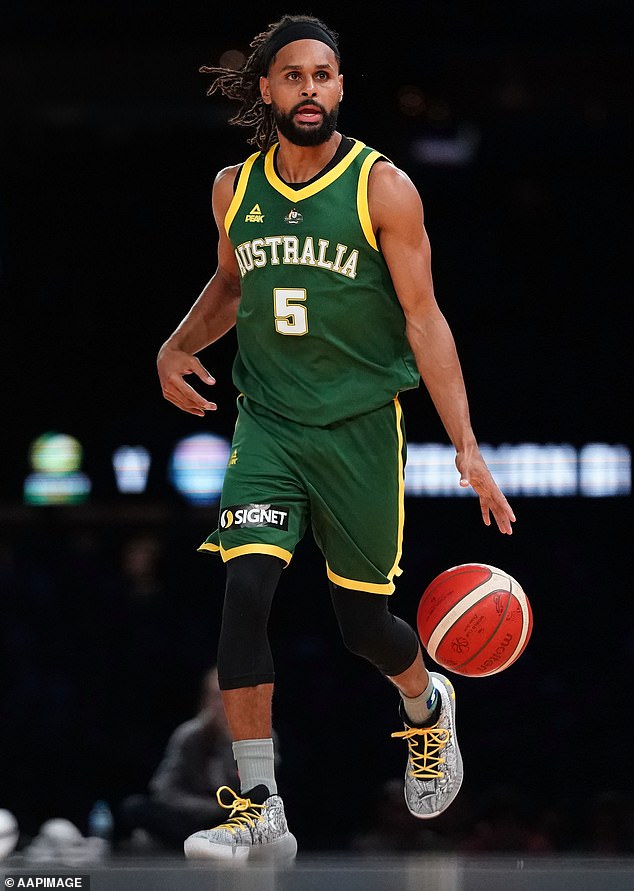 After the Boomers outclassed Argentina in their quarter-final at the Olympics on Tuesday, Mills said the ‘hard work starts now’ – with Team USA next

Mills stressed the hard work started now after the Boomers outclassed Argentina 97-59 in their quarter-final on Tuesday night.

‘We are back where we wanted to be and it’s been a long couple of years,’ he said.

‘But the (key) message is that we haven’t done s**t yet…to be able to be the best we have to beat the best and we have an opportunity in front of us to take that next step.’

Australia will start massive underdogs against the star-studded US, with the comparison of club salaries (below) telling the story.

Brian Goorjian’s Boomers take to the court versus Team USA on Thursday at 2.15pm (AEST) from the Saitama Super Arena.

Julius Jones would be executed this Thursday; they have not decided yet if he will be pardoned

Julius Jones would be executed this Thursday; they have not decided yet if he will be pardoned