Aussie mum SLAMS those who claim she ‘lives off Centrelink’ payments


‘Our taxes are keeping you alive’: Young Aussie mum hits back at critics who claim she ‘lives off Centrelink’ despite admitting it pays for her rent, expenses, bills and food

An Australian mother has slammed her TikTok followers who accused her of ‘living off Centrelink’ – despite admitting the government hand-out pays for her rent, food, and bills.

Holly Dunn, 22, who often makes candid videos about her daily struggles, hit back after an online follower criticised her for not being able to afford a car.

‘Well if you didn’t live off Centrelink you might buy [a car] aye,’ the follower asked, prompting a scathing response form the young mum. 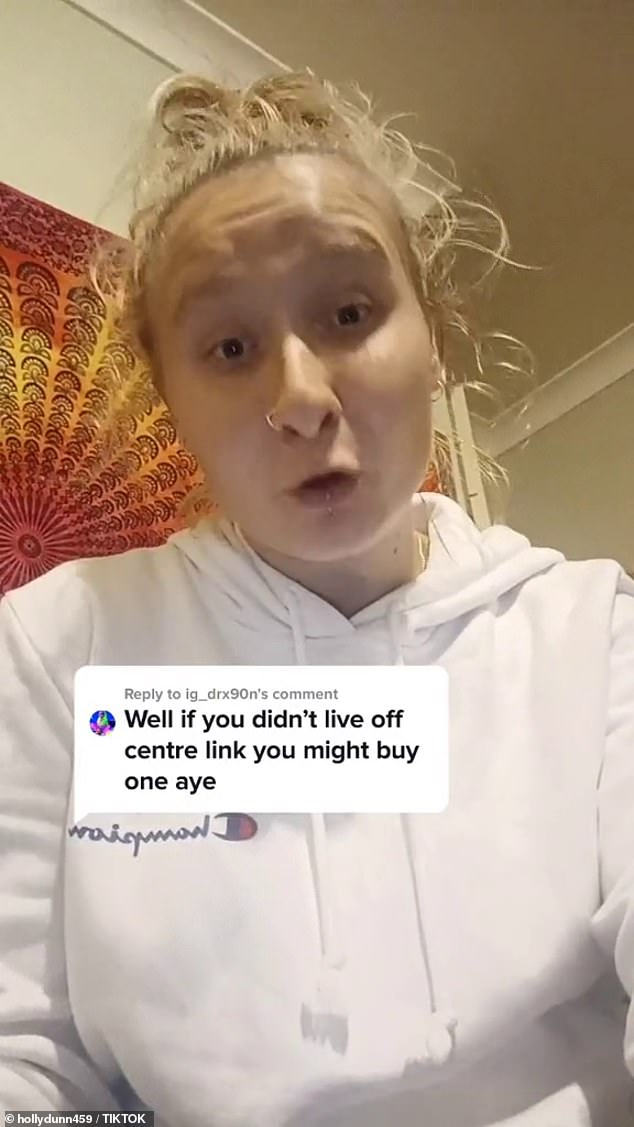 Holly Dunn, 22, who often makes candid videos about her daily struggles, was asked by one of her 6,300 followers why she can’t afford to buy a car

‘Sorry but I don’t live off Centrelink, I get a payment off Centrelink but that doesn’t mean anything,’ she said before listing how many expenses the payment goes towards.

‘That pays my rent and my expenses like my water bill, my power bill and everything … my food for the house.

‘But you can think whatever you want. But I don’t get any payment for a car and we are actually saving up to get a car so don’t judge us.

‘Just because I don’t have a car at this point in time doesn’t mean we ain’t gonna get a car.’

Unemployment in Australia has fallen back to 5.6 per cent, with a record 13 million in work and advertised job vacancies at a 12 year high. 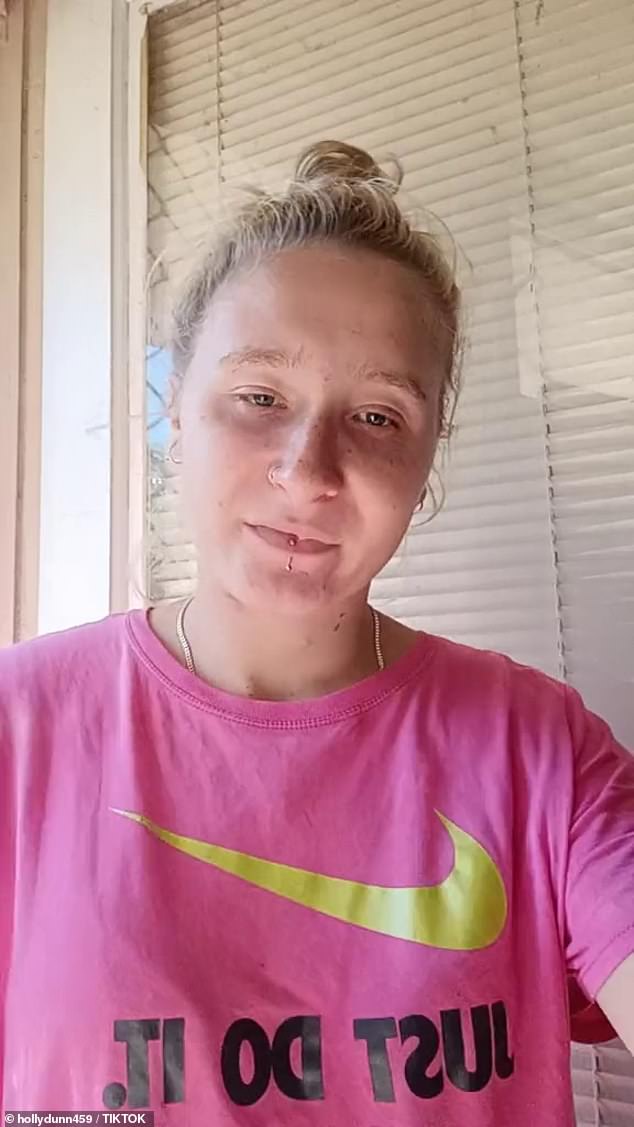 In a previous video, the mother-of-one said she and her partner were borrowing a friend’s Holden Commodore while they saved for their own car

In a previous video, the mother-of-one said she and her partner were borrowing a friend’s Holden Commodore while they saved for their own car.

Dunn’s followers were quick to point out that she ‘technically does live off Centrelink’ since she herself admitted the funds pay for her rent, bills and food.

‘You just described literally every living essential based off Centrelink?’ someone commented.

‘That means you live off those payments,’ wrote another.

‘Our taxes are keeping you alive,’ wrote a third.

De'Joure Mercer, the Indianapolis police officer who shot and killed Dreasjon Reed, is suing the NFL...