Australian NBA superstar Ben Simmons will be a no-show for the Philadelphia 76ers training camp next week despite his $200 million contract extension.

The 76ers crashed out of last year’s NBA playoffs largely due to disappointing play from Simmons with basketball legends such as Shaquille O’Neal and Charles Barkley claiming he was more interested in his celebrity lifestyle.

Simmons will not report to the preseason camp and wants to continue his NBA career with another team, a source with direct knowledge of the player’s plans told the Associated Press on Tuesday.

‘I love being in Philly, ‘ the number one pick of the 2016 draft and a three-time All-Star said after last season.

But Simmons now wants out of the team said the source who spoke on condition of anonymity because discussions on Simmons’ multi-million dollar contract were private. 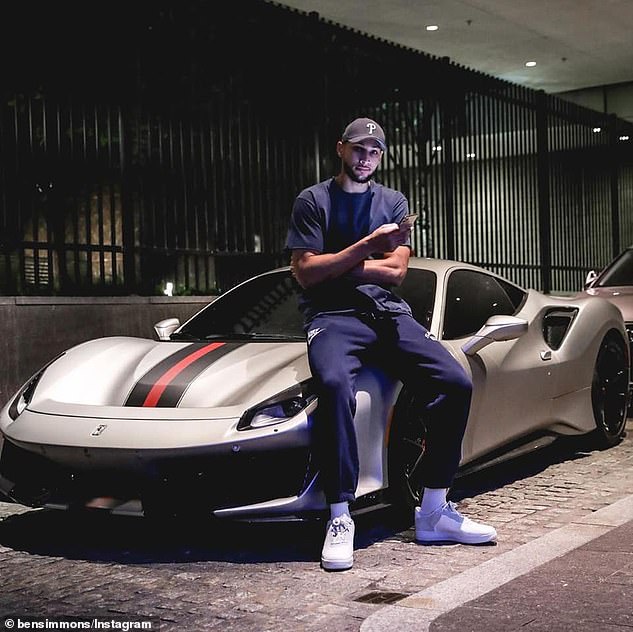 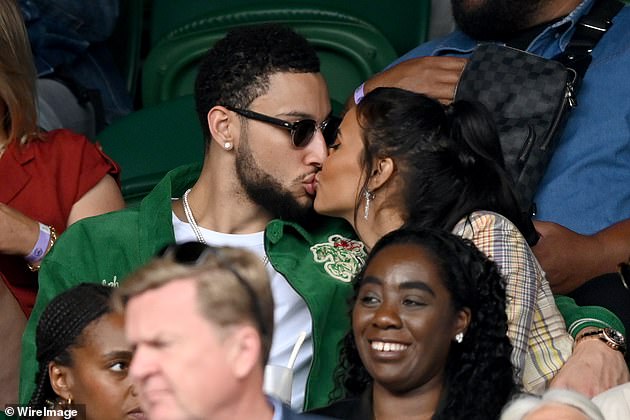 The 25-year-old was  paired with Joel Embiid as franchise cornerstones to lead the 76ers to their first NBA championship since 1983.

However, he took the brunt of the blame for the top-seeded team’s second-round exit in last season’s playoffs.

He shot 34 per cent from the free-throw line in the postseason and was reluctant to attempt a shot from anywhere on the floor late in games. That led to him spending critical minutes on the bench.

Simmons missed a stunning 10 free throws in Game 5 against the Atlanta Hawks and helped blow a 26-point lead in a loss. His defining moment, though, was in the Game 7 loss at home.

With a chance to tie the game late in the fourth quarter, Simmons surrendered the opportunity to play postseason hero and passed on an open look at the rim because he was afraid he would get fouled.

Simmons just finished the first year of a $177 million max deal. He averaged 15.9 points, 8.1 rebounds, and 7.7 assists over four seasons with the 76ers, who drafted him out of LSU, where he played only one season. 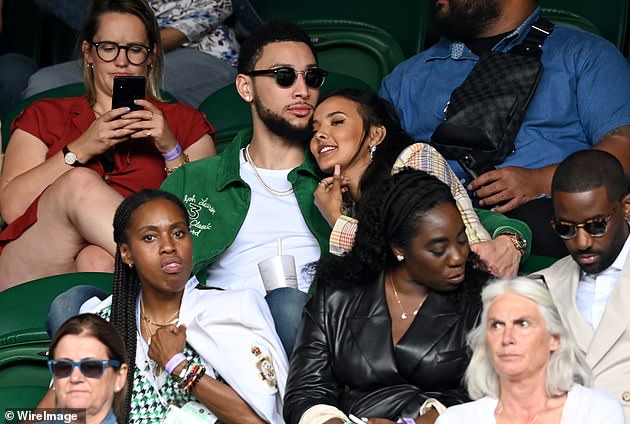 Getting cosy: The pair looked besotted as they snuggled up to one another and watched the game unfold from the stands 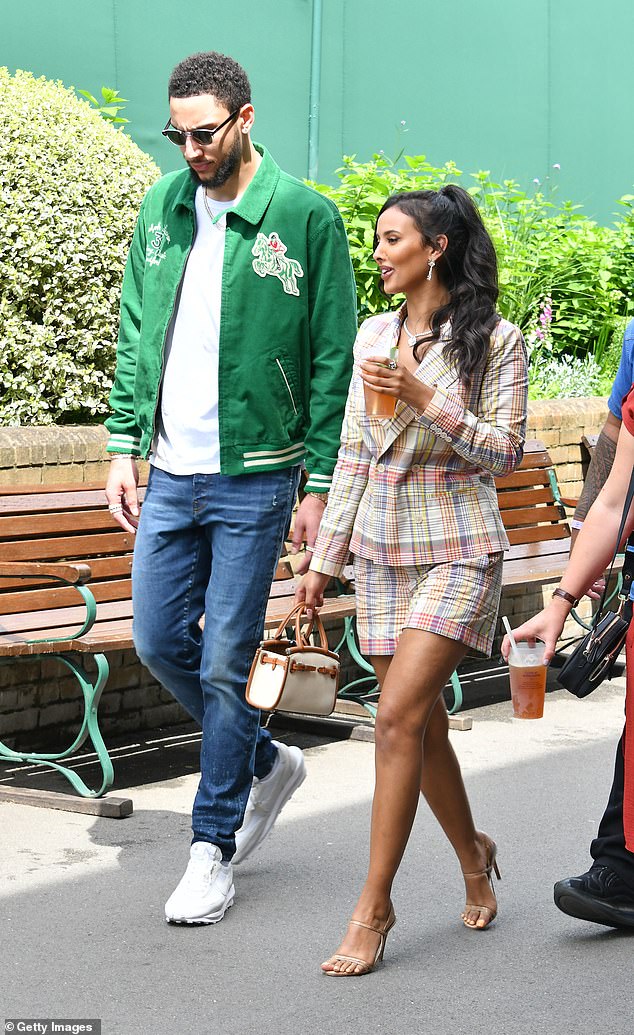 The 2016 No.1 draft pick confirmed he is dating Maya Jama (pictured together) in July

Asked after the Game 7 loss if Simmons could still be a point guard for a championship contender, coach Doc Rivers said he didn’t have an answer.

Embiid also pointed a finger at Simmons for the loss, the comments seemingly creating a rift that would be hard to repair.

Embiid, though, tweeted his support for Simmons on Sept 1.

‘I love playing with Ben,’ he wrote. ‘Stats don’t lie. He’s an amazing player and we all didn’t get the job done. It’s on me personally. I hope everyone is back cuz we know we’re good enough to win.’ 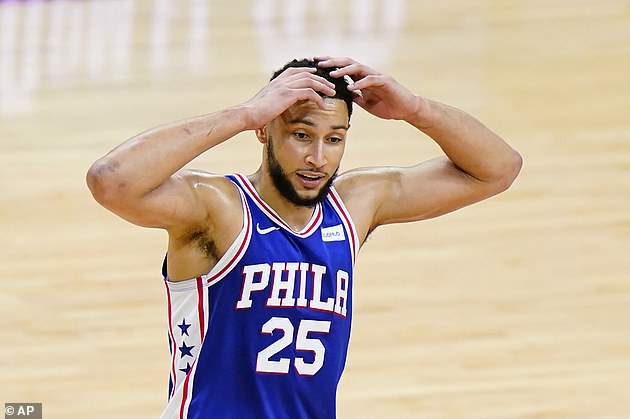 The Philadelphia point guard has been lambasted by fans, media and ex-players after the 76ers crashed out of the playoffs largely thanks to the disappointing play of Simmons

Shaquille O’Neal and Charles Barkley had also heavily criticised Simmons after the playoffs.

‘Ben Simmons, you’re not that good,’ O’Neal said on the Big Podcast.

Simmons has been criticised for his work ethic over his career, spending his time off on yachts in Europe with ex-girlfriend Kendall Jenner while other stars improved their game.

Barkley said he was ‘disappointed’ Simmons accepted the US$200 million extension then wanting to leave the team after only one season. 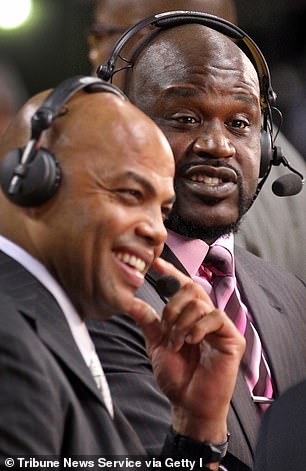 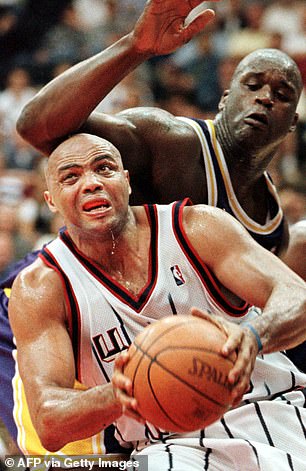 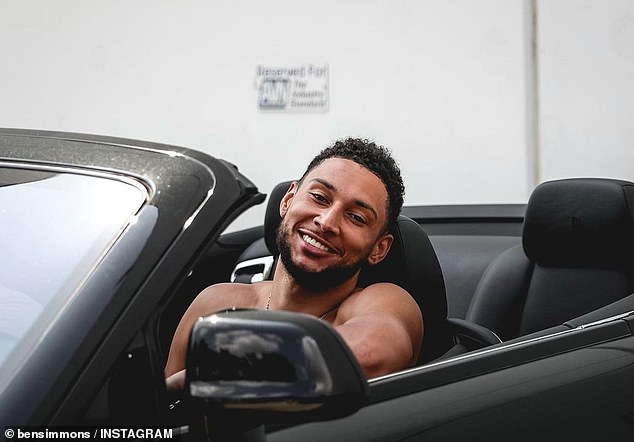 ‘They’re not saying ‘come over and cut my grass’. They’re saying, ”Ben, we need you to learn how to shoot the basketball”.’

The 76ers are scheduled to have media day on Monday, with training camp opening the next day at their complex in Camden, New Jersey.

Team president Daryl Morey tiptoed around the Simmons issue in June, yet he said he still believed the guard could be part of a championship nucleus.

‘Not addressing Ben Simmons, but any move that will help our team win the championship or improve our odds, we will look at or do if it makes sense,’ he said.

The 76ers can let Simmons sit and fine or suspend him, or withhold his pay while Morey canvases the trade market looking for a quality offer – complete with draft picks – for the disgruntled star.

Simmons was an NBA All-Defensive first team selection, and his size and strength should make him attractive to some team willing to take a flier on him. 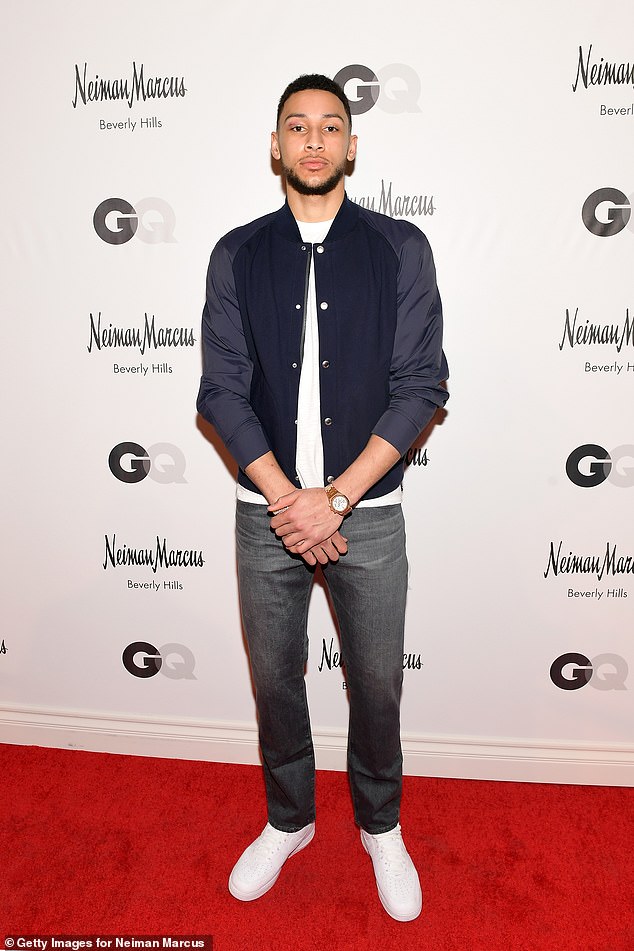 Without Simmons – or a viable replacement in a trade – the 76ers would be stuck trying to replace him at point with second-year guard Tyrese Maxey.

The issue is unlikely to be settled by the start of the season.

Simmons found few positives over the final months of the season. Hall of Famer Shaquille O´Neal claimed he would punch out Simmons if they were teammates and Charles Barkley said Simmons was ‘scared to death to shoot’.

Simmons chalked up the criticism to playing in Philly.

And the next thing, apparently, was request a trade.

Ehe reign of LeBron James in the NBA it seems that there is no end. The eaves of Lakers He has turned his career into an unquestionable hegemony...

Gary Payton II is emerging as one of the most spectacular players of the NBA season. The son of the legendary 'Glove' has been slow to earn a...

The New Orleans Pelicans deepened the New York Knicks' crisis by winning their visit to Madison Square Garden by 102-91. Willie Green's men broke the match thanks to...

Ethe name of Chris Duarte It didn't take long for him to make himself known in the NBA. In fact, in his first game he already made history...

Phoenix shows its solvency by coming back in Dallas

The Suns showed last night that they are a couple of steps ahead of Dallas. It was a close game, one in which the Mavericks dominated for long...