Australia 24-22 New Zealand: Taniela Tupou scores crucial late try as Wallabies get their revenge on the All Blacks following TWO red cards in the first half

Australia held on for a nerve-jangling 24-22 win over New Zealand in Brisbane on Saturday in a spiteful Tri-Nations clash that featured two red cards and bone-jarring tackling.

The All Blacks were reduced to 14 men when trailing 8-5 in the 23rd minute after prop Ofa Tuungafasi was dismissed for a high tackle on debutant winger Liam Wright.

But the Wallabies were unable to exploit the advantage as fiery flanker Lachlan Swinton became the first Australian player to be red-carded on his test debut for planting a shoulder into the jaw of Sam Whitelock 12 minutes later. 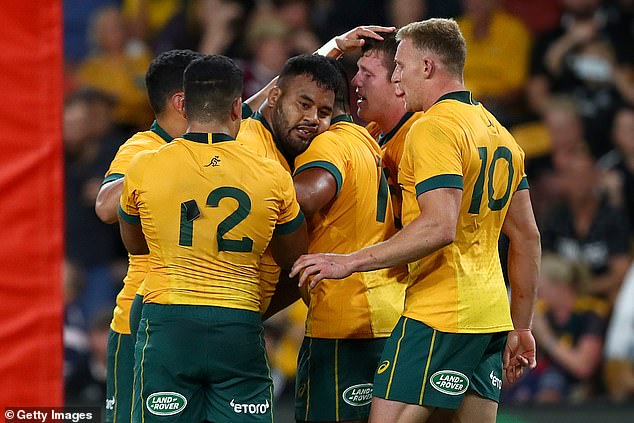 All Blacks replacement lock Tupou Vaa’i grabbed a late try to give the visitors hope of snatching a last-gasp win but Wallabies winger Marika Koroibete laid two brilliant tackles in the dying seconds to turn the ball over and secure an epic victory.

‘I’m really proud of the guys, we’ve been working hard for a lot of weeks,’ said Wallabies coach Dave Rennie, who oversaw his first win since taking charge of Australia.

‘We knew we were better than last week and showed a lot of character tonight. We know we get still be better, we can be tidier and finish off the game without putting the coaches through the wringer.

‘But they’re a good bunch of boys, they’re working hard and great that we got a result tonight.’ 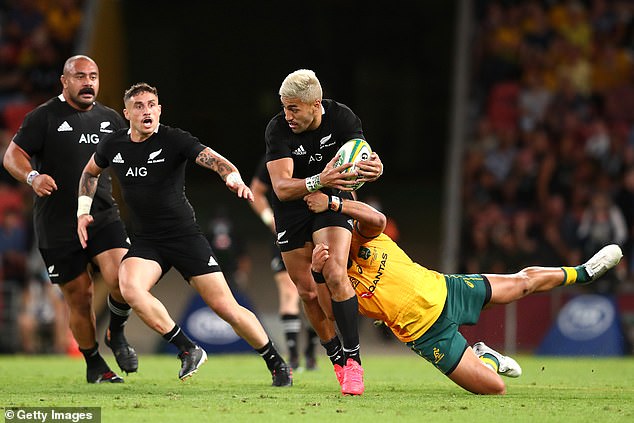 EOS remains in a bear market despite ongoing election uncertainty

The Crown series 5: FIRST LOOK at Imelda Staunton as Queen Elizabeth II in the Netflix drama

The very first image of Imelda Staunton in character as Queen Elizabeth II in series 5 of...

This crypto undertaking is up 125% at the moment: right here is the place to purchase it 2021