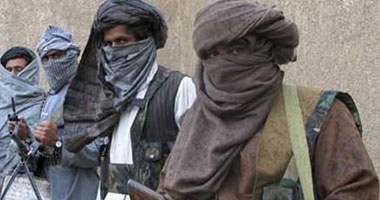 Indonesia must ensure that a militant cleric suspected of masterminding the 2002 Bali attacks does not incite more violence when he is released from prison this week, Australian Foreign Affairs Minister Maryse Payne said on Tuesday.

Abu Bakr Bashir was imprisoned in 2011 in connection with militant training camps in the Indonesian province of Aceh. He is the spiritual leader of the network of an Al Qaeda-linked terrorist group that has been accused of planning nightclub bombings in Bali.

“Our embassy in Jakarta has made clear our concerns and the need for such individuals to be prevented from inciting others to carry out future attacks on innocent civilians,” Payne said in a statement.

Bashir, 82, denied any links to the Bali bombings. A lawyer for him did not immediately respond to a request for comment on his scheduled release on Friday.

More than 200 people were killed in the Bali bombings, including dozens of Australians. Fighters from the terrorist group were also accused of masterminding an attack on the JW Marriott Hotel in Jakarta, which killed 12 people in 2003.

A Google employee talks about forming the first labor union: They can't fire us all

Covid-19: ‘Why a family Christmas would mean the world to me this year’

Naomi Osaka's bid to develop into the primary Japanese participant ever to win tennis Olympic gold...