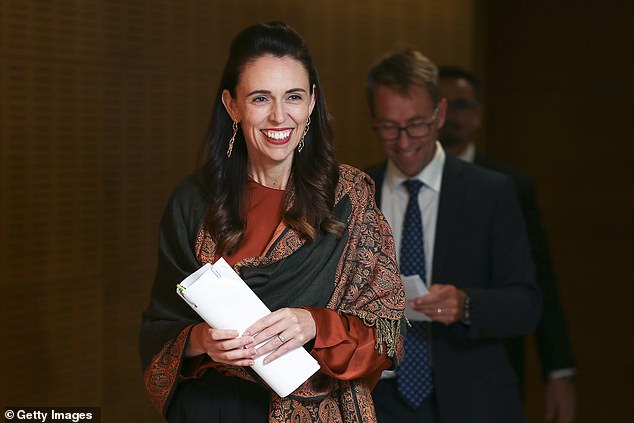 Australia has landed itself in the top 10 nations with the most effective soft power, closely followed by New Zealand.

Soft power refers to a country’s appeal and attraction to the rest of the world, and is defined as ‘a persuasive approach to international relations, typically involving the use of economic or cultural influence’.

Germany took out the top spot, followed by Japan, the UK, Canada, Switzerland, the US, France, Sweden, China, and Australia at the number 10 spot.

New Zealand, the fastest-rising nation, came in at 16th. Its meteoric growth has been attributed to Prime Minister Jacinda Ardern’s likability and popularity following her handling of the Covid pandemic and the Christchurch massacre.

Melissa Conley Tyler from the University of Melbourne’s Asia Institute said soft power influences where people travel, what overseas goods they buy and where they send their children to study.

‘I think positive perceptions of a country’s leader are very important and I’m not surprised that the Jacinda factor has worked in New Zealand’s favour,’ she told the Sydney Morning Herald.

David Haigh, CEO of Brand Finance, said Ms Ardern is considered by most as being ‘confident, decisive and fair,’ and instrumental in propelling the country’s soft power for 2021.

Despite Australia and New Zealand all but eliminating the virus, Mr Haigh said leaders’ decisions to implement tough border closures has worked against their favour.

‘It’s also likely that Australia’s strict border controls and quarantine measures elevated negative perceptions, despite being effective in managing the spread of the virus, [and] sparked criticism about the restriction of movement,’ he said.

China was ranked third thanks to its appeal to and relationships with the developing world.

‘While China has been criticised by Western media for various issues at home and on its borders, these criticisms do not seem to have adversely affected the developing world which has responded favourably to Chinese infrastructure, medical, educational and financial support,’ Mr Haigh said.

Australia’s ranking has improved from last year when it came in at 13th in the world’s 60 soft power nations.

The country was in 2020 globally regarded as ‘fun and friendly’, according to the inaugural Global Soft Power Index.

Fixing the Problem of Damp in A House