Australia will pull its last 80 remaining troops out of Afghanistan by September, a tearful Scott Morrison has announced.

The prime minister was visibly emotional when he announced the news at a media conference in Perth and read out the names of the 41 soldiers who had lost their lives in the war-ravaged middle-eastern nation.

‘These brave Australians are amongst our greatest ever who have served in the name of freedom,’ he said. 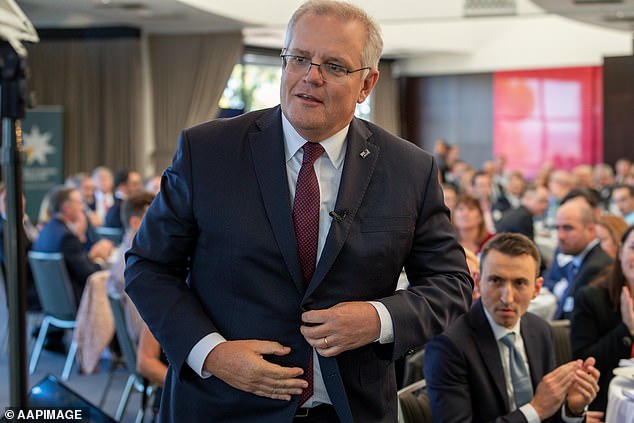 Australia will pull its last 80 remaining troops out of Afghanistan by September, a tearful Scott Morrison has announced

‘This day, we dedicate to their memories. We think of their families, their friends, the life they would have lived. But they gave that for others they did not know.’

With his voice quivering, Mr Morrison added: ‘We can be so proud of them, of their service… we thank them for their service humbly and gratefully.’

Asked if the war was worth it, Mr Morrison said: ‘Freedom is always worth it’.

Australia joined the war in Afghanistan in November 2001 after the September 11 attacks on the World Trade Centre in New York, the worst terror attack in history.

The aim – led by the US – was to depose the Taliban government which had failed to expel Al-Qaeda terrorists from the country.

At the peak of the war, Australia had 1,500 troops in Afghanistan and in total 39,000 Australian Defence Force personnel have been deployed on Operations SLIPPER and HIGHROAD. 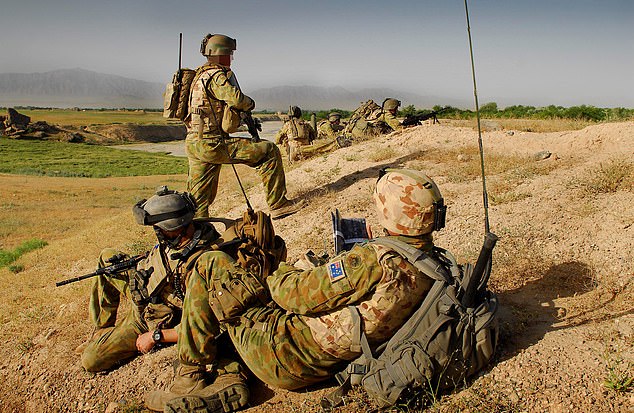 An Australian Platoon from Combat Team Tusk in Afghanistan

‘The conflict has exacted an enormous toll on the Afghan people and the complex task of making peace lies ahead,’ Mr Morrison said in a statement.

‘Australia continues to support the peace negotiations between the Afghan government and the Taliban.

‘We encourage both parties to commit to the peace process and call on the Taliban to cease the violence.’

Mr Morrison’s announcement comes after US President Joe Biden said on Wednesday he will withdraw remaining U.S. troops from the ‘forever war’ in Afghanistan, declaring that the September 11 terror attacks of 20 years ago cannot justify American forces still dying in the nation’s longest war.

His plan is to pull out all American forces – now numbering 2,500 – by this September 11, on the anniversary of the attacks, which were coordinated from Afghanistan. 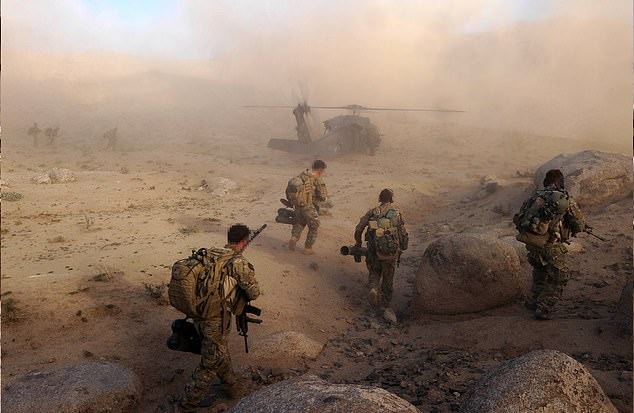 Soon after Biden made his announcement, NATO chief Jens Stoltenberg in Brussels said the alliance had agreed to withdraw its roughly 7,000 forces from Afghanistan, matching Biden’s decision to begin a final pullout by May 1.

The US cannot continue to pour resources into an intractable war and expect different results, President Biden said.

The drawdown would begin rather than conclude by May 1, which has been the deadline for full withdrawal under a peace agreement the Trump administration reached with the Taliban last year.

‘It is time to end America’s longest war,’ Biden said, but he added that the U.S. will ‘not conduct a hasty rush to the exit.’