A shopper has divided the internet after being left scratching her head over an Aldi cashier’s ‘ridiculous’ request.

The Australian mother, who has been a regular customer at her local store for a year, was confused when the checkout operator asked her to unpack her groceries halfway down the conveyor belt instead of at the top.

She said this made no sense and put customers at risk of violating social distancing , because they would need to step closer to those queuing behind to fill space at the start of the belt.

‘Ok I’ve got a question for all you Aldi lovelies – when you get to the checkout do you start to unpack your trolley at the start of the conveyor belt or halfway down?’ she wrote in Aldi Mums Facebook group. 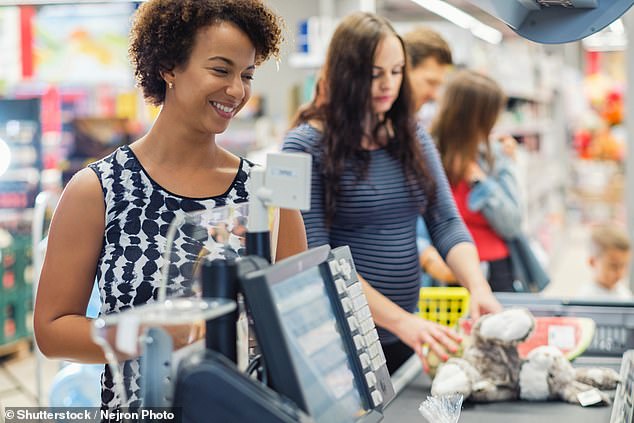 Where do you unload your shopping trolley?

The mum said she was surprised by the cashier’s request and had never been asked to unload halfway before, arguing this ‘makes it hard to put groceries down the belt, then have to move backwards to finish off unloading the trolley’.

‘It means I would also have to make people behind me move back which is just ridiculous to expect of shoppers, especially with the social distancing thing as well,’ she added.

The mother’s post has drawn varied responses over the past 24 hours after she asked the group’s 157,000 members their opinion on the issue, with some criticising the cashier – even a fellow checkout operator.

‘Always unpack at the start. As a checkout person I don’t understand why that would make much of a difference,’ she said. 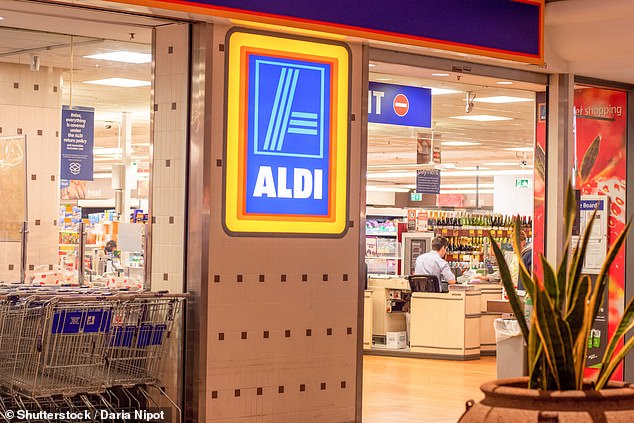 The Australian mother, who had been shopping at her local store, was confused when the checkout operator asked her to unpack her groceries halfway down the conveyor belt instead of at the top (file image)

But others saw things from the cashier’s perspective, with many arguing that unloading a trolley at the top of the belt was more likely to violate social distancing by causing delays at the checkout.

‘It’s worse when you start from the top – then the next customer gets right up behind you with their stuff and you have no room left for your own!’ one woman said.

‘I always leave a ‘buffer’ at the top end now for this exact reason.’

Another agreed, saying she always unpacks groceries directly behind the customer ahead irrespective of the point on the conveyor belt.

‘If there is no one in front of you, start unpacking as close to the cashier as possible,’ she added.

A third said she ‘always’ starts half way down, then moves backwards to fill empty space.

And it’s not the first time shoppers have slammed employees of the German-owned supermarket chain.

In July, a disgruntled shopper was left ‘irritated’ after an operator told her to use a trolley the next time she visits the store to ‘make it faster’ for other customers.

The woman, from Melbourne, claimed she was loading up her shopping bag with 10 items at the checkout when she was told about the little-known trolley rule.

‘Feeling really, really annoyed. Just went into Aldi’s to grab a few items for dinner – a total of 10 items,’ she wrote in Aldi Mums Facebook group.

‘When the cashier starts scanning them through and I place them into a bag, he said to me “next time you come into the store bring a trolley to load your groceries into”. ‘I said “ok”.’

Clearly confused by his remark, she then questioned him about the trolley.

‘As I was preparing to pay, I said “sorry, why do I need to bring a trolley?”, he said “to load your groceries into, to make it faster for the other customers”. I was so irritated by this. I have 10 items mate,’ she claimed. 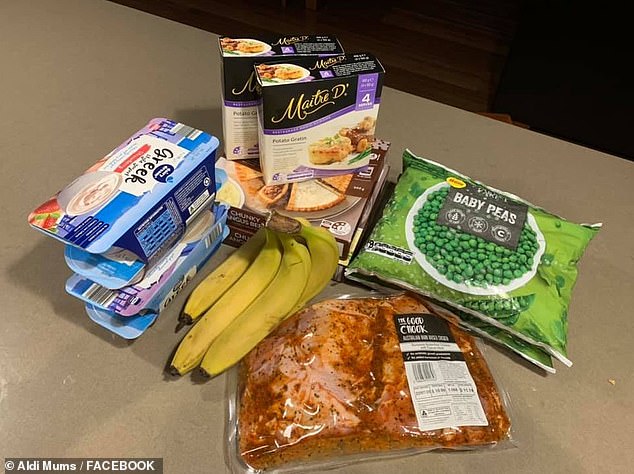 An Aldi spokeswoman told Daily Mail Australia at the time: ‘While using a trolley to shop at our stores isn’t a policy, we recommend customers use one when purchasing multiple products as it saves time at the register.

‘We currently have no plans to trial stores with self-service checkouts. Feedback has told us that our shoppers prefer face-to-face interactions at registers, and that they are an important part of their in-store experience.

‘Our current store format enables us to focus on creating the best possible in-store experience, while continuing to deliver high-quality products at permanently low prices.’

In the woman’s post, she called on the German supermarket to ‘open more registers, have an express lane for less items and have self-serve registers’ if ‘you want to make things faster for your customers’.

Her post quickly sparked a heated debate among customers, with many people suggesting the woman didn’t need a trolley for 10 items.

Pictures: Crowds fill the streets of Wuhan, China, to celebrate the New Year