Australian officials have demanded an Australian academic imprisoned for the last two months in Myanmar after the country’s violent military coup be released.

Mr Turnell, Ms Suu Kyi and three of her deposed cabinet ministers, were charged a week ago in a Yangon court with breaching official secrets laws, Reuters reports. 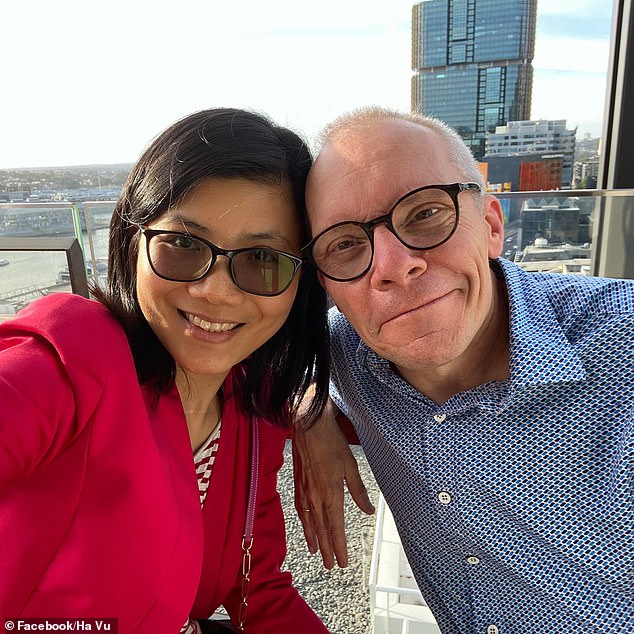 Professor Sean Turnell, who has been detained in Myanmar since the military coup, with wife Ha Vu (pictured) 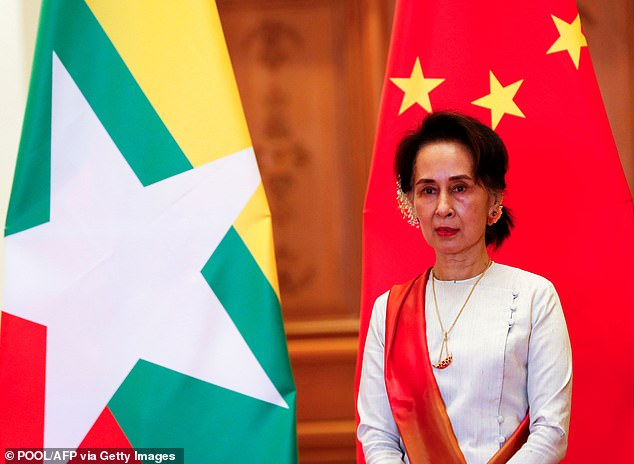 ‘Australia continues to seek his immediate release and official information about the reasons for his detention both in Myanmar and through (its) embassy in Australia,’ the Department of Foreign Affairs and Trade said on Friday.

‘We call on the military regime to allow Professor Turnell to return to his family in Australia.’

A conviction under the law can carry a prison sentence of up to 14 years.

Myanmar has been rocked by protests since the army overthrew Ms Suu Kyi’s elected government on February 1 citing unsubstantiated claims of fraud in a November election that her party swept. 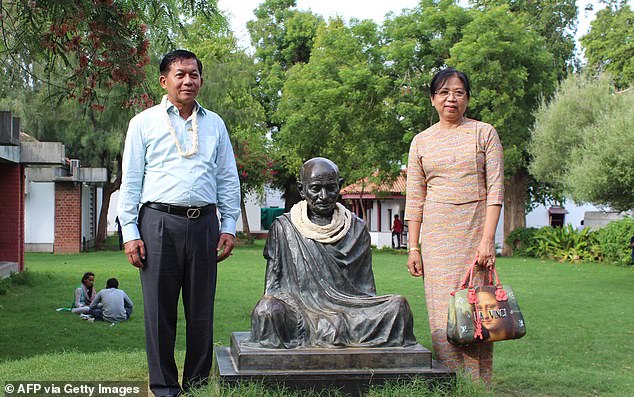 Ms Suu Kyi – a 75-year-old who won the Nobel Peace Prize in 1991 for her efforts to bring democracy to Myanmar – and other members of her National League for Democracy, including Prof Turnell, have been detained since the coup.

The junta has previously accused her of several minor offences including illegally importing six handheld radios and breaching coronavirus protocols.

Her lawyers have described the charges as trumped up.

At least 538 civilians have been killed in protests against the coup, according to the Assistance Association for Political Prisoners activist group.

Two more Australians have been detained in Myanmar after trying to leave the country in March. 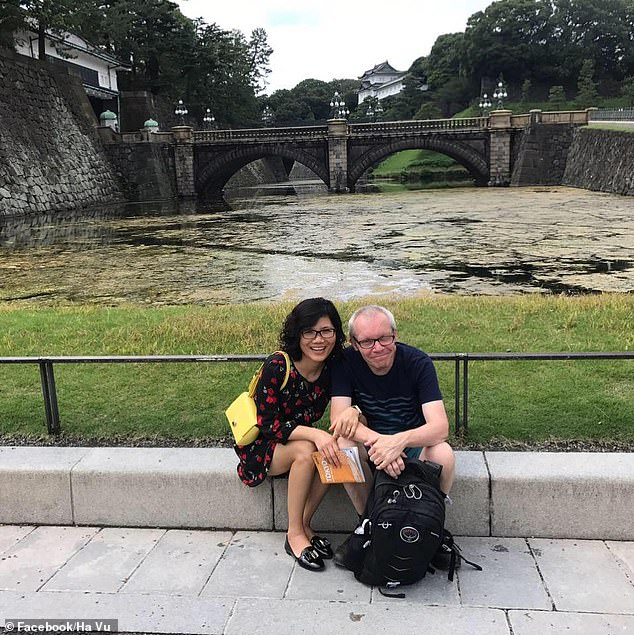 Business consultants Matthew O’Kane and Christa Avery are believed to be under house arrest.

Mr O’Kane and Ms Avery operate a business consultancy AOK, which has been working in Southeast Asia for over two decades and on the ground in Myanmar for seven years.

Western countries have condemned the bloodshed and Australia has suspended military co-operation with Myanmar and redirected aid to non-government organisations in response.

SEBASTIAN SHAKESPEARE: Is a new royal interview on the cards?