Mum is slammed as ‘having nothing better to do’ after complaining about a Woolworths food display – but can you spot what’s wrong with it?

A mother has been slammed for complaining about a stand offering ‘free fruit’ to children at a Woolworths store in Australia.

The supermarket launched its ‘Free Fruit for Kids’ campaign in 2015 in a bid to encourage children to snack on healthy food while shopping with their parents.

Apples, bananas and mandarins are typically found in the display which is located at the front of the fresh produce section.

But one store did things a little differently this week by filling two baskets with carrots – which are vegetables, not fruit.

A photo of the display – which was originally shared in a private Facebook group – was reposted on Woolworths’ official page by a Victorian mother, demanding an explanation for the ‘mistake’.

‘Woolworths, can you explain to me in what universe is a carrot classified as a fruit?’ she wrote. 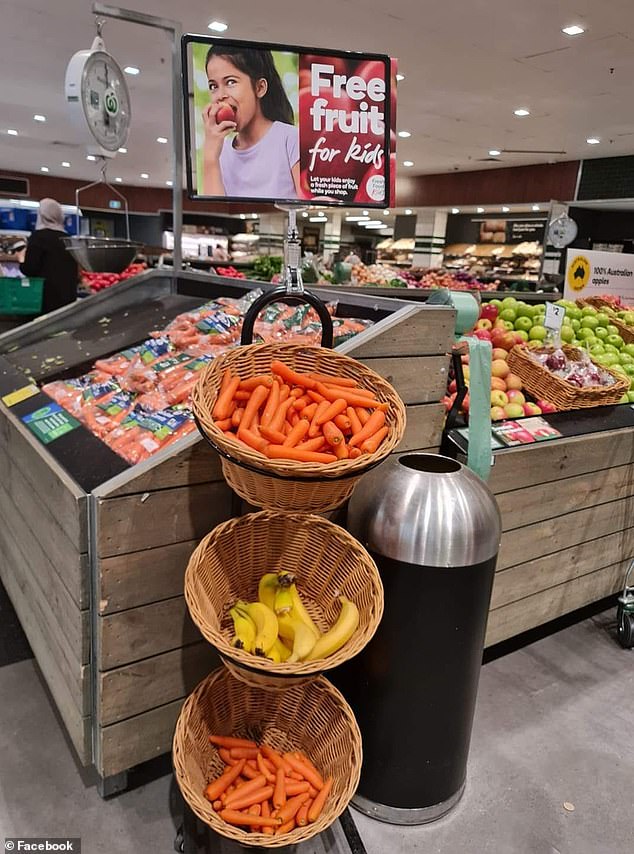 The offending article: A mother was outraged by this ‘free fruit’ stand in Woolworths because two of the baskets contain carrots – which are vegetables, not fruit

Do you think the mother had a right to complain?

Shoppers swiftly jumped to the retailer’s defence, with many expressing disbelief that someone would complain about something so trivial.

‘In what universe can you not eat raw carrots,’ one man replied.

‘Imagine moaning about something free,’ added a second.

A third took a similar view, writing: ‘Imagine how little somebody must have going on to complain about this.’

One man suggested the carrots might have been a novelty inclusion for Christmas, intended for children to ‘take home for Santa’s reindeer’.

The mother hit back at critics, arguing that staff should amend the box labels if they contain anything other than fruit. 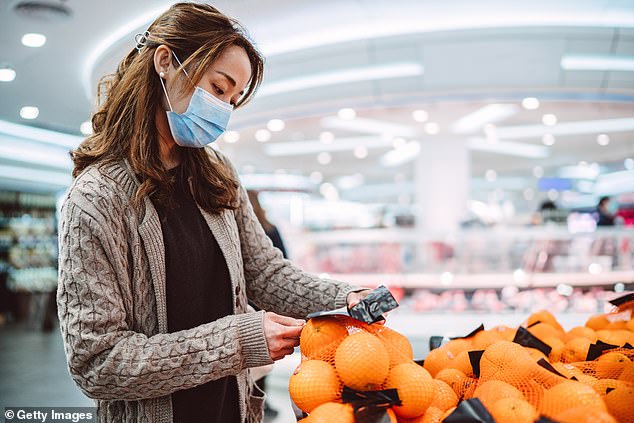 ‘Not moaning about them being free,’ she replied.

‘I think it’s a great idea but they need to update their signage if they are going to include vegetables.’

A Woolworths spokesperson weighed in on the discussion from the brand’s official account, assuring the mother her feedback would be passed on to the relevant team.

A spokesperson later told Daily Mail Australia the carrots had been left out for children to take in the run up to Christmas.

‘As a special gesture, the local store decided to offer free Reindeer Carrots for kids to put out on Christmas Eve,’ the representative said.

‘They did this alongside fresh bananas for kids to enjoy in-store.’