Australians living on a remote island paradise have been forced to buy bottles of milk for $15 due to a crippling food and supplies shortage.

The freight crisis is due to the island’s remote location, with cargo unable to be consistently delivered on shore due to months of rough seas.

As a result, everyday items such as milk, butter, fruit juice, flour, cooking oil and dishwasher liquid are now in limited supply, with desperate shop owners left with no choice but to sell products at dramatically inflated prices. 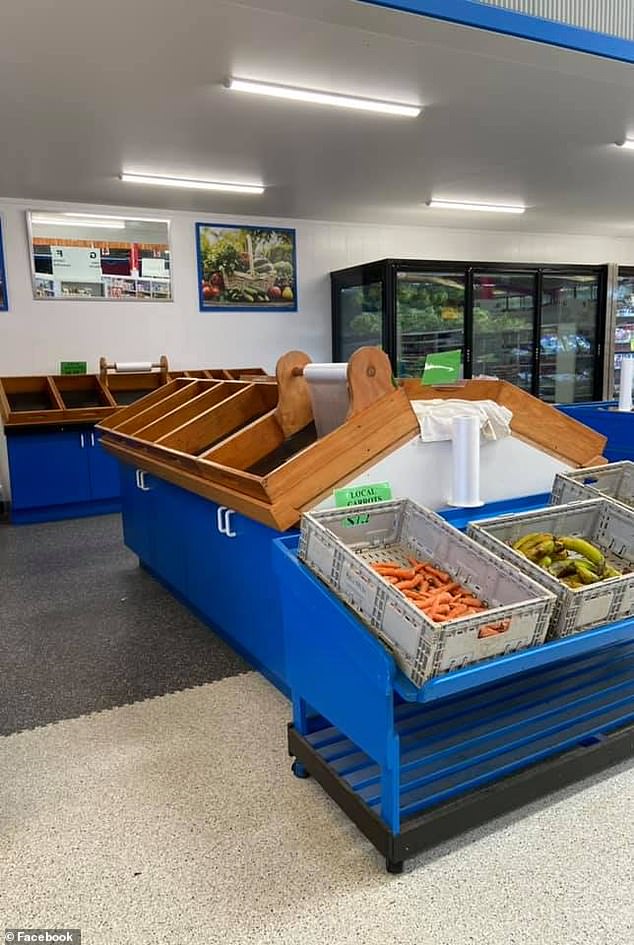 The last bulk cargo delivery to the remote Island was last December, with the situation now dire for locals and tourists 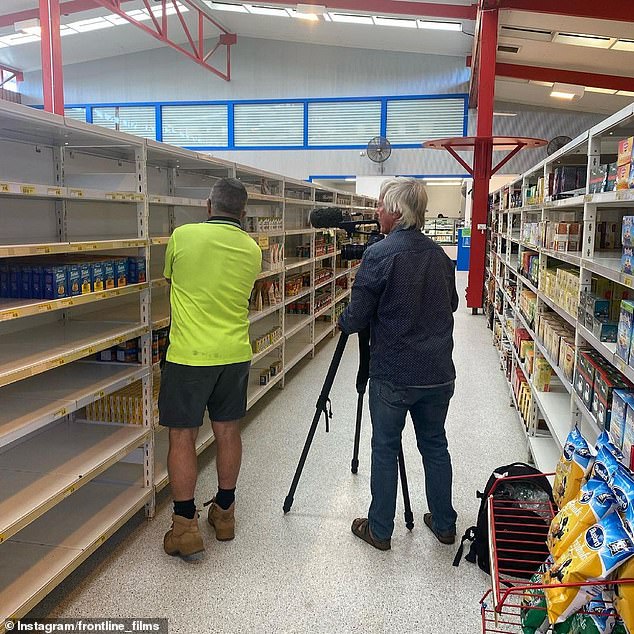 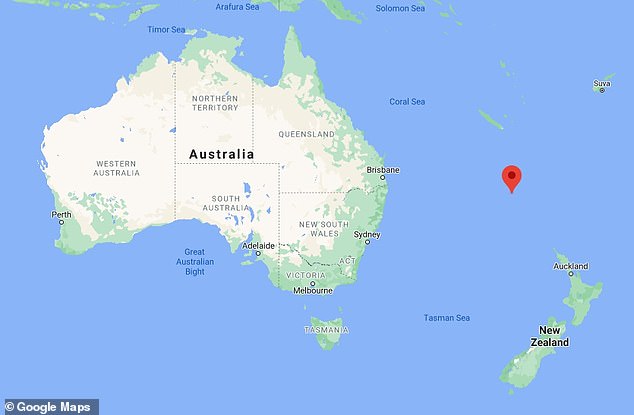 Local provider Slick & Sons is currently attempting to off-load one litre bottles of milk for $14.95 – in Sydney they retail at Coles and Woolworths supermarkets for $2.40.

Restaurants have even taken cocktails off their drink lists as milk and juice have become rare commodities.

Offloading the much needed cargo to locals has proven to be a hazardous exercise due to the rough coastline which requires large ships to anchor at least a kilometre off-shore.

Food supplies are usually then moved in bulk by long boats known as lighters.

With the supplies not being passed on, locals are becoming increasingly anxious and frustrated.

Rose Evans, from Norfolk Island Tourism, said island visitor numbers in February exceeded the monthly average – but like the locals, they all needed to be fed and provided water.

‘We used to have a supply ship (with bulk food) arriving every month,’ Ms Evans told the Daily Telegraph.

‘The restaurants and cafes are doing a magnificent job working with such limited supplies.’

Looking long term, fellow local Justine Chilcott is optimistic Norfolk Island can endure the current freight crisis due to the essence of community spirit and ‘people stepping up to make things happen.’ 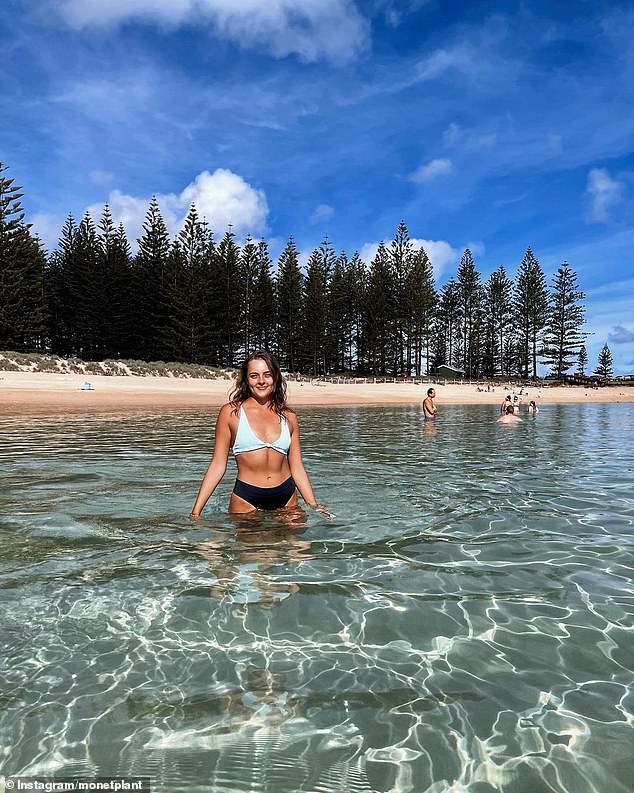 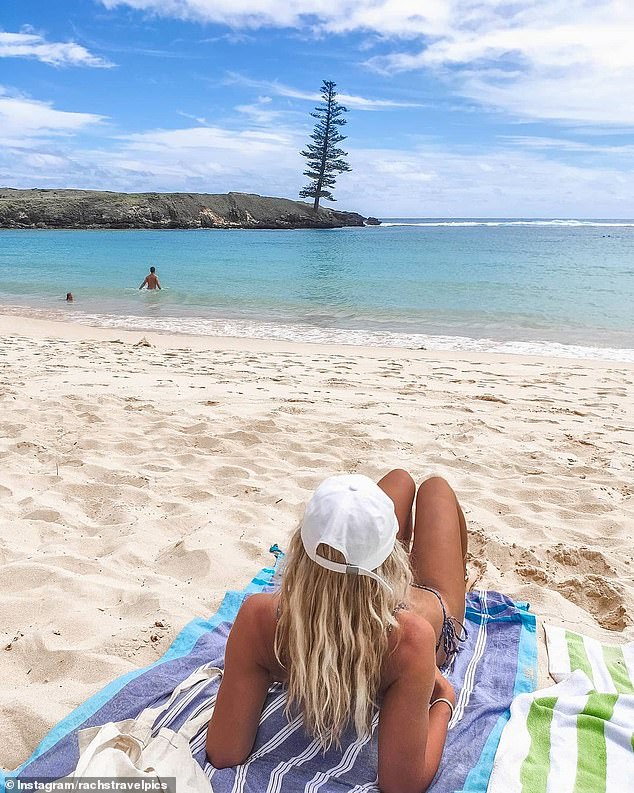 The Island is home to just under 2,000 permanent residents and has been a tourist haven in recent years 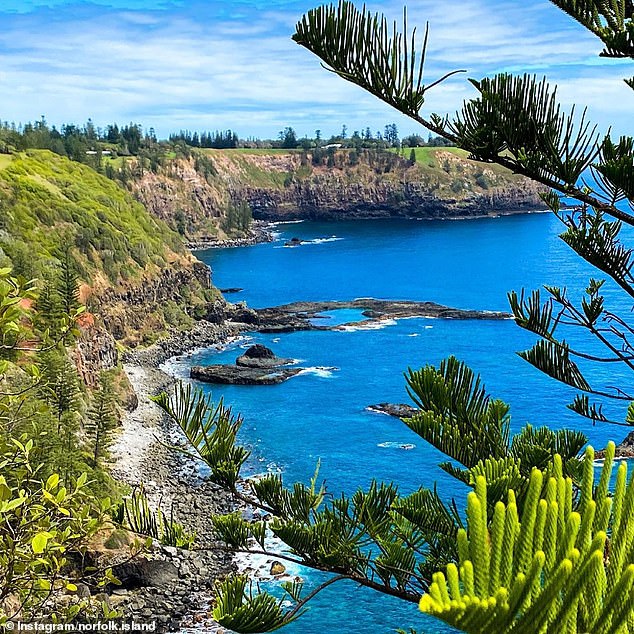 *The current population is just under 2000 residents

*The main language on Norfolk Island is English, but some Norfolk Islanders speak the local language Norf’k –  a mix of Tahitian and Old English from the Bounty descendants