Australian of the Year and sexual abuse survivor Grace Tame has hit out at Scott Morrison with a powerful six-word response to his handling of parliament’s sexual assault crisis.

He said Jenny had asked him ‘what would you want to happen if it were our girls?’

Ms Tame though on Wednesday said it shouldn’t take Mr Morrison having children for him to empathise with sexual assault victims.

‘Having children doesn’t guarantee a conscience,’ she said following a speech at the National Press Club in Canberra on Wednesday. 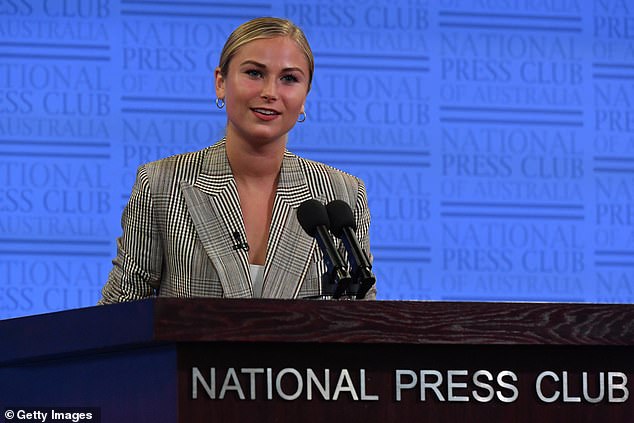 She also criticised Mr Morrison’s comments in 2019 – when he said he wanted women to have the confidence ‘that if they tell their stories they’ll be believed’.

‘Do you think those words ring true now in the way he handled that?’ she was asked by a reporter.

‘Clearly not,’ she responded.

Drunk Military ranger, 26, punched and choked to demise a feminine safety guard, 41, in a...