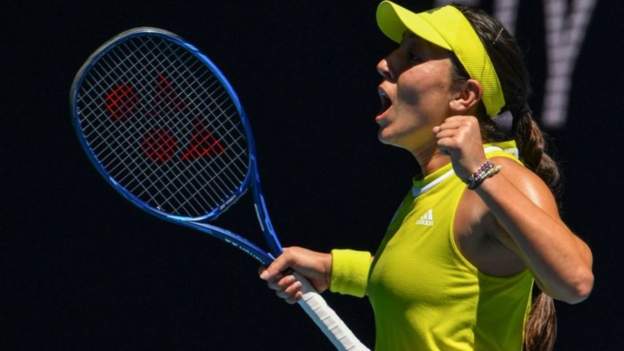 American Jessica Pegula produced a shock win to knock out fifth seed Elina Svitolina and reach the quarter-finals of the Australian Open in Melbourne.

“I feel good, everything feels pretty solid, so I’m just going take that to the next match,” said Pegula.

Pegula had already seen off two-time winner and 12th seed Victoria Azarenka in the opening round and reaches the last 16 without dropping a set.

She earned the vital break in the first set when Svitolina double faulted and the Ukrainian went a break down in the second before fighting back to level the match.

The pair traded breaks in the decider but Pegula was able to immediately wrestle back the advantage and serve out to progress.

Top seed Ashleigh Barty takes on American Shelby Rogers at 08:00 GMT. There will be live text updates of that match, with commentary on BBC Radio 5 Live Sports Extra starting at 07:00.