A paramedic has issued a warning to pregnant women about seemingly harmless foods that carry a risk of causing miscarriage, premature labour and stillbirth.

Some illnesses such as salmonella and listeria can cross the placenta to the unborn child, potentially triggering miscarriage, pre-term labour and stillbirth, which is why it is vital to avoid foods that carry a high risk of containing these strains of bacteria.

Salmonella and listeria can be found in all of the foods shown in Nikki’s video. 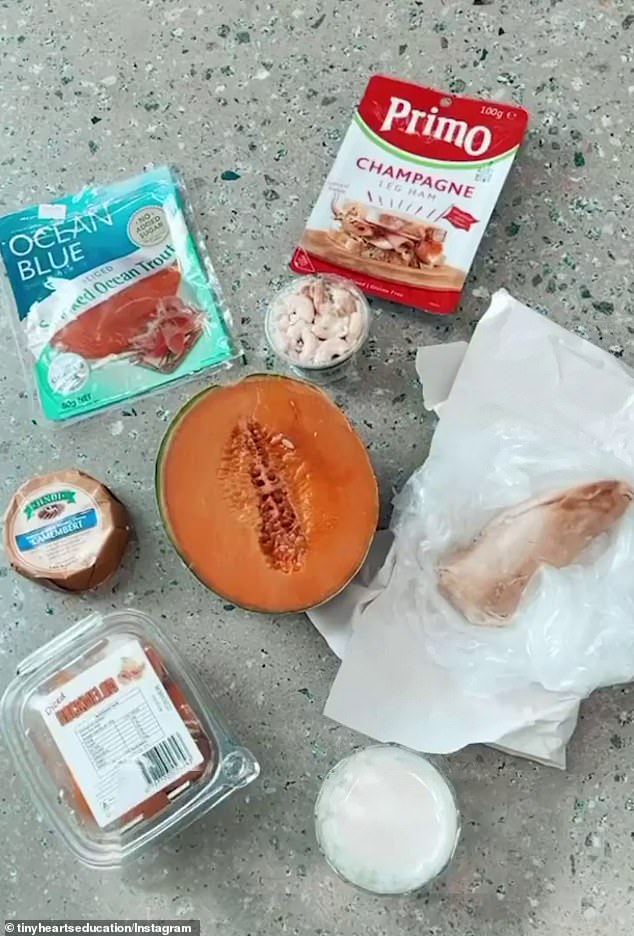 A paramedic has warned pregnant women to avoid cold chicken, rock melon, processed ham, prepacked salads and soft cheese (all pictured) due to the high risk of salmonella and listeria

The highest volume of salmonella is carried in foods such as raw meats, raw eggs and raw or lightly cooked sprouts.

The largest amount of listeria – which is responsible for a flu-like infection called listeriosis – is found in refrigerated ‘ready-to-eat’ meat, poultry, seafood and dairy products.

‘There’s always going to be people who tell you they ate everything in pregnancy, and their baby was fine,’ Nikki wrote in the caption.

‘While that’s true for most, it’s not the case for everyone.’

Nikki’s warning, which has racked up 947 likes since it was uploaded online less than 24 hours ago, has drawn stunned responses.

‘I didn’t know rock melon was on this list,’ one woman replied.

Another tagged two friends, writing: ‘I’m flagging this and next time someone wants to tell me, “we ate all that and our babies were fine” I’ll tag them here.’ 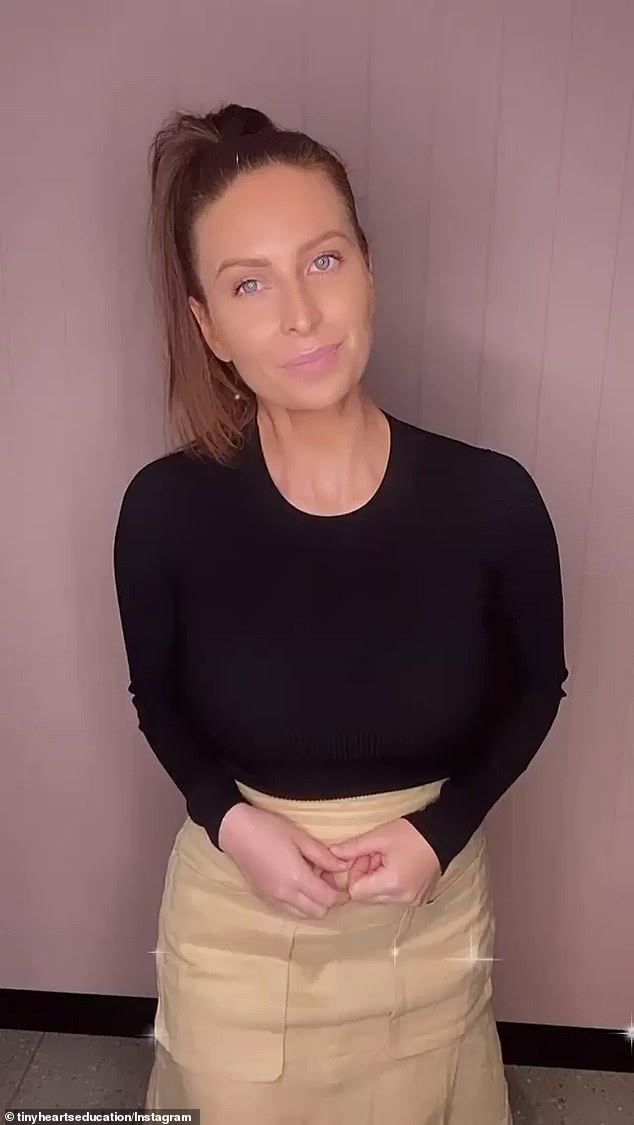 Nikki says mums-to-be should steer clear of rock melon due to the risk of salmonella and listeria poisoning which can be transmitted from the outer skin of the fruit.

She recommends swapping it for apples and bananas until your bundle of joy has arrived safe and sound.

Nikki says prepackaged salads and fruit bowls should also be binned in favour of fresh produce, which should always be thoroughly washed before cooking to eliminate any lingering traces of bacteria or pesticides.

Chicken should only be eaten when it is fresh and hot, as cold cuts can become contaminated with listeria bacteria.

While listeria is rare, one in 10 Australian infections occur in a pregnant woman, NSW Food Authority reports. 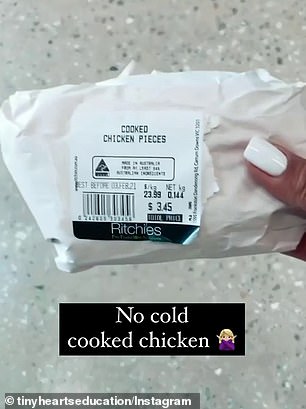 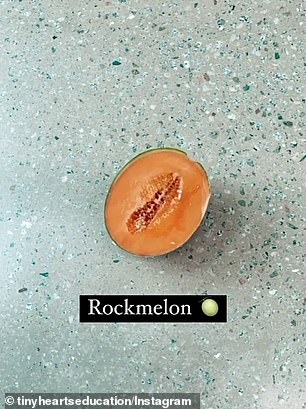 Cold, cooked chicken (left) should be avoided during pregnancy, as well as rock melon (right) – but many admitted they were clueless about the potential danger of the sweet tasting fruit

Foods to avoid during pregnancy

– Raw meat – any raw meat, chicken or other poultry

– Cold chicken or turkey used in delis or sandwich bars

– Stuffing from chicken or poultry (unless cooked separately and eaten hot)

High-risk foods can carry listeria even when they are stored correctly, so to minimise to the risk Nikki advises avoiding food that has been prepared more than a day in advance.

‘Leftovers are okay to consume the next day, as long as you refrigerate them quickly after cooking,’ she added.

Nikki says soft cheese should be substituted for hard cheese for the duration of pregnancy as it can be contaminated with listeria after pasteurisation.

She also warns against processed meat and seafood sold in packets such as salami, prosciutto and smoked salmon, which all carry a high risk of salmonella.

Liverpool coach determines the reason for his team's fall to Brighton

To this point, all through the cryptocurrency business, Ethereum has been the chief in the case...