A student is urging young people to ditch their ‘invincible’ attitudes after doctors discovered a deadly grapefruit-sized tumour growing in her neck as a fit and healthy 20-year-old.

In October 2018, aspiring Jewish designer Rikki Stern, 22, woke at her Sydney home with a mildly stiff neck and a feeling she describes as similar to a ‘tiny popcorn kernel lodged in the throat’.

With her family doctor closed for Yom Kippur, a religious holiday, a worried Ms Stern decided to see a different GP nearby who expressed immediate concerns over her symptoms and sent her for an ultrasound.

Four weeks later, doctors found the tumour growing from her neck down into her breast and she was diagnosed with rapidly progressing stage 2B Hodgkin lymphoma – a form of blood cancer dubbed a ‘silent killer’ for its often nonexistent symptoms. 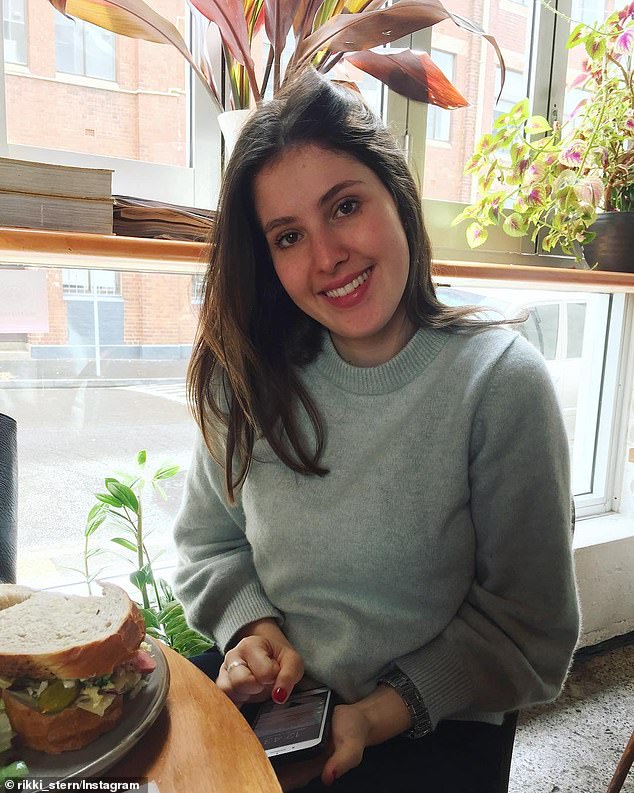 In October 2018, aspiring Jewish designer Rikki Stern, 22, woke at her Sydney home with a mildly stiff neck and a feeling she describes as similar to a ‘tiny popcorn kernel lodged in the throat’ 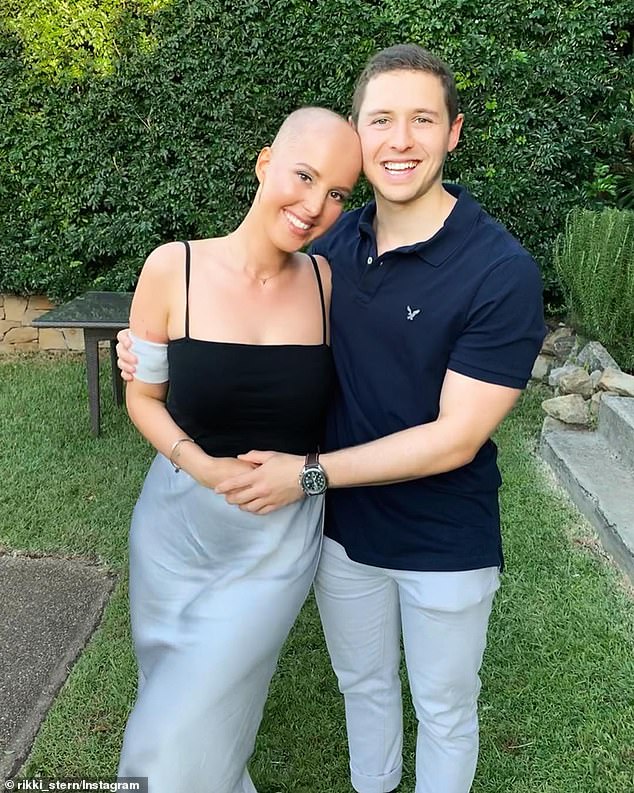 ‘It was a total a fluke to have caught it when I did,’ Ms Stern told Daily Mail Australia.

Three biopsies confirmed the worst and a shaking Ms Stern was left with the heartbreaking task of telling her beloved mum and dad.

When she called her father to give him the news, he burst into tears and said he ‘wished it was him’.

Doctors prescribed a six-month course of AVBD chemotherapy, the first line of treatment for Hodgkin lymphoma – considerably longer than the usual length of treatment due to the location of Ms Stern’s tumour.

The proximity of the cancerous mass to her breast ruled out radiation – typically used in conjunction with chemo – because of the increased risk of breast cancer it would leave her with for life.

Before treatment, Ms Stern underwent IVF to give her the chance to become a mother in the future and she was overjoyed when doctors successfully removed 15 eggs, all in a condition to be frozen for future use. 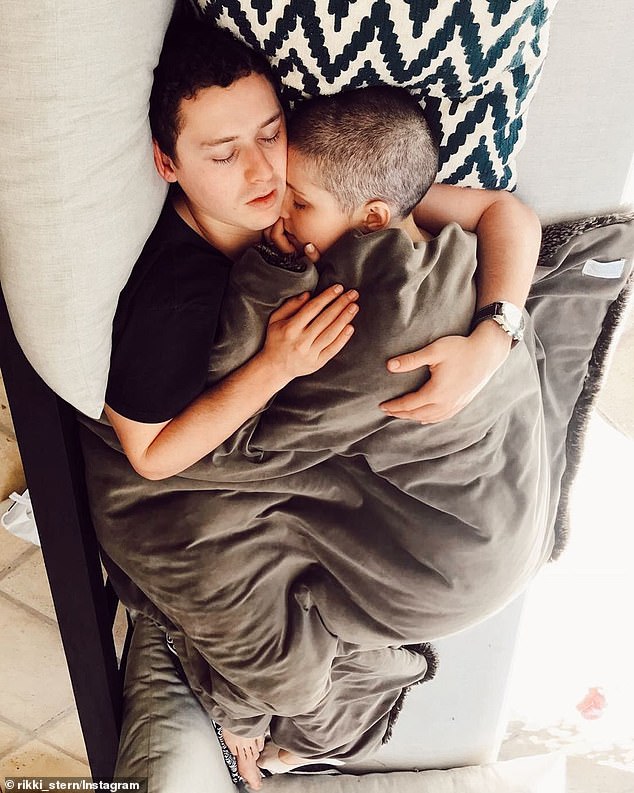 She also lost her eyebrows, eyelashes and her thick mane of chocolate brown hair.

‘You might think you’re not vain, but you don’t look like yourself anymore. It’s a surreal experience when you look in the mirror and don’t recognise who you see.’

Through every step Ms Stern was supported by her parents and boyfriend of four years, Steve, who carried her both physically and mentally through treatment and often helped her get dressed.

‘It certainly wasn’t sexy but he was there for it all. He’s amazing,’ she said.

Ms Stern is one of the lucky ones, with doctors declaring her ‘cancer free’ just one month into treatment. Others face a far graver fate.

* Painless swelling in the neck, armpit or groin

Advanced stages can cause lower back pain, which is believed to be caused by expanding lymph nodes pressing on nerves.

As lymphoma progresses and cancerous lymphocytes spread beyond the lymphatic system, the body loses its ability to fight infection. 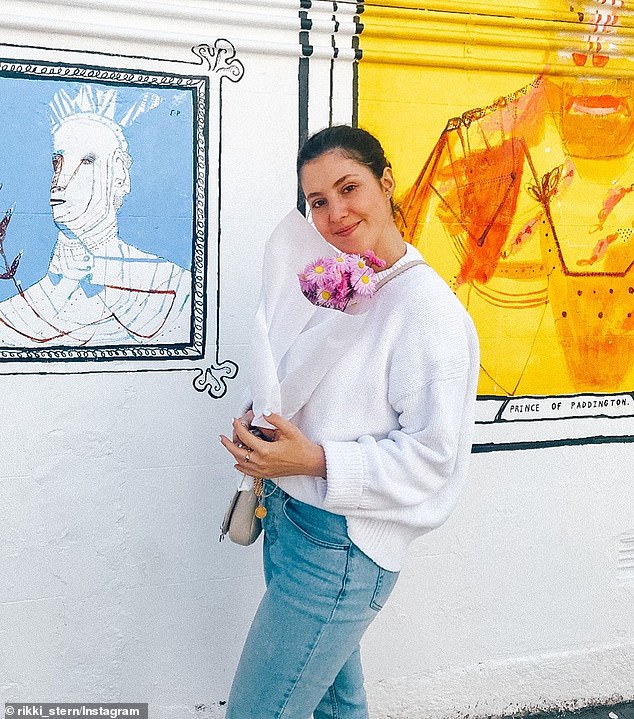 Ms Stern was overjoyed when IVF successfully removed 15 eggs, all in a condition to be frozen for future use

A positive outcome from a terrifying experience

Overwhelmed by medical jargon and the frightening prospect of chemotherapy at the age of 20, Ms Stern asked doctors to introduce her to fellow cancer patients.

But they were gagged by hospital confidentiality agreements.

‘I wanted to ask young people stuff like how do I draw on my eyebrows, can I paint my nails before sessions,’ she recalled. ‘I felt very frustrated.’

When a Google search for young adult support groups came up blank, Ms Stern decided to create her own.

A friend had showed her a British organisation called Cancer Chicks which connects young women battling various types of the disease, so Ms Stern got in touch with the founder to see if she would be happy for her to open an Australian branch.

The Cancer Chicks Instagram account now has 1,627 followers, and the group regularly hosts holidays, day trips, dance classes and art therapy sessions for women facing the fight of their lives. 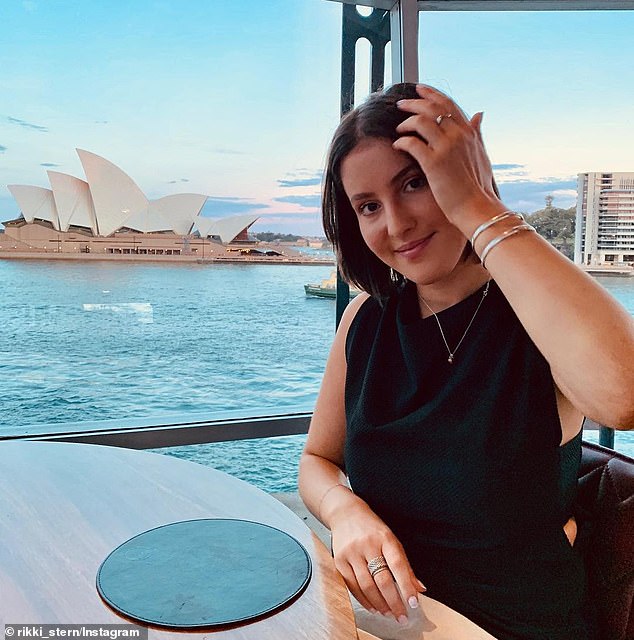 Ms Stern (pictured at Sydney’s Circular Quay) said it was never her intention to launch a support group, but she is so glad she did

‘It was never my plan to start a support group but it has given me a lot of purpose,’ Ms Stern said.

‘I meet girls who are terminal and infertile, and it makes me feel so lucky. They’re just different sorts of humans – they’re grateful to be alive.’

Ms Stern derives her motivation from these women, who she describes as truly genuine and the antithesis of superficiality.

‘I think it’s because they lost all the things that made them superficial. They were literally stripped bare by cancer,’ she said.

Ms Stern believes there is a fundamental shortage in resources for young adults with cancer in Australia, with investments typically going towards paediatric and geriatric organisations.

‘The healthcare system here is very supportive, but there’s not enough support for the people in the middle,’ she said. 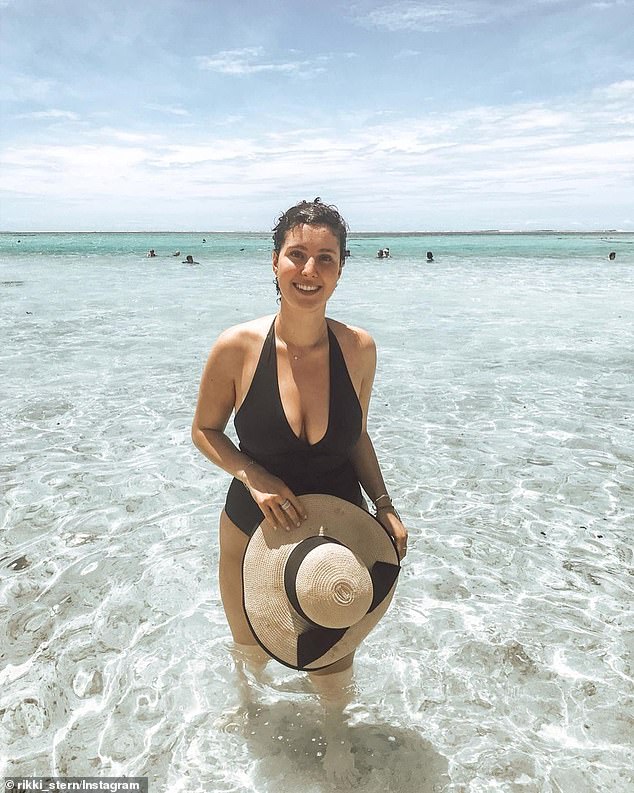 Ms Stern believes there is a fundamental shortage in resources for young adults with cancer in Australia, with investments typically going towards paediatric and geriatric organisations

Rikki Stern is one of roughly 600 Australians diagnosed with Hodgkin lymphoma every year.

It is a rare disease that accounts for just 0.5 percent of all cancers diagnosed in Australia, and one most likely to occur in people aged between 15 and 25 – like Ms Stern – or those over the age of 65.

Hodgkin’s is notoriously difficult to diagnose because symptoms are vague and easily confused with those of less sinister illnesses like bacterial or viral infections like pneumonia and glandular fever.

Unlike cervical, breast and colon cancer, there are no screening programmes for Hodgkin’s and it cannot be diagnosed with a generic blood test, leading health organisations to label it a ‘silent killer’.

Common warning signs of Hodgkin’s include night sweats, itchiness and fatigue, as well as inflamed rashes, unexplained weight loss and painless lumps in the armpits, groin or neck.

But as Ms Stern’s story proves, the illness can silently and insidiously advance with almost none of these symptoms.

In its initial stages, most forms are highly treatable and associated with long-term survival, which means early intervention can be the difference between life and death.

It is even curable at stage four when tumours have spread to organs outside the lymphatic system. 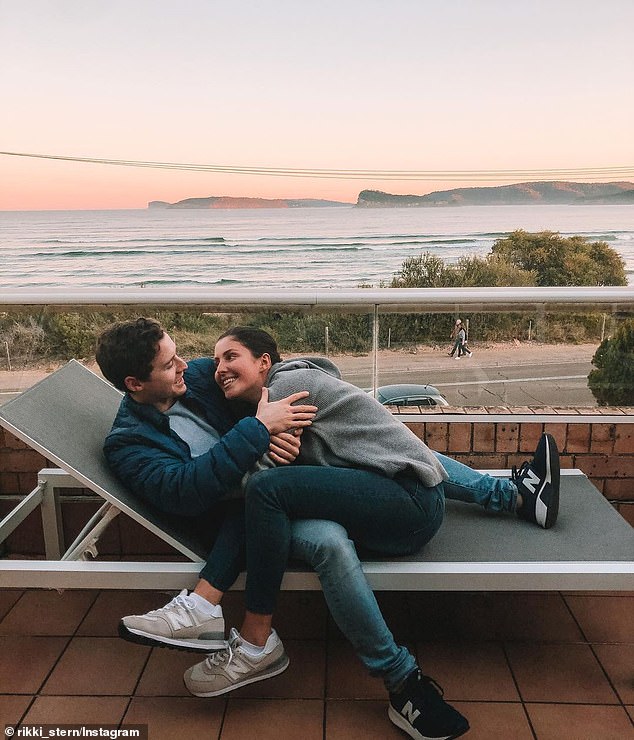 Ms Stern (pictured with Steve) is one of the lucky ones, with doctors declaring her ‘cancer free’ just one month into treatment; others face a far graver fate

Two years after her diagnosis, Ms Stern is thriving in her role as a digital content creator for Pink Hope, a non-profit organisation founded by Krystal Barter that raises awareness about hereditary breast and ovarian cancer.

But working in the world of cancer means there is, all too often, a heavy load to bear.

Ms Stern has farewelled many cherished friends who lost their battles far too young.

‘It’s tough losing friends and feeling like you’ve gone from having cancer to now helping people with cancer,’ she said.

Her message to teenagers and young adults playing fast and loose with their health is simple: ‘You are not invincible.’

Ms Stern urged others to take ownership of their bodies and watch for warning signs, no matter how insignificant they may seem.

‘Cancer makes you realise you only have the now. Don’t waste it,’ she said.

For more information on Hodgkin’s lymphoma and other types of blood cancer, please visit Lymphoma Australia or the Australian Cancer Council.

Millwall finally condemn fans for BOOING their own players

Guardiola comments on facing Borussia Dortmund, led by the “golden boy” in the Champions League

Product Identify: Distinctive eBooks enable you to to study inside adorning quicker than ever! Click here...