Australian swimmer Shayna Jack has confirmed she will miss the Tokyo Olympics and sit out the Australian trials this week.

Jack’s two-year doping ban finally ended a month ago after it was cut in half on appeal, but not in time for her to be in good enough form to make the team.

The 22-year-old wished other swimmers success at the racing competitions as they kicked off in Adelaide on Saturday.

She said it will be ‘tough’ not being there, but vowed to cheer her fellow athletes on over her television screen.

‘Goodluck to everyone racing at Olympic Trials this week!’ Jack wrote on Instagram on Saturday night.

‘As tough as it will be that I can’t be there with you all, I can’t wait to see some amazing racing on Amazon Prime.’ 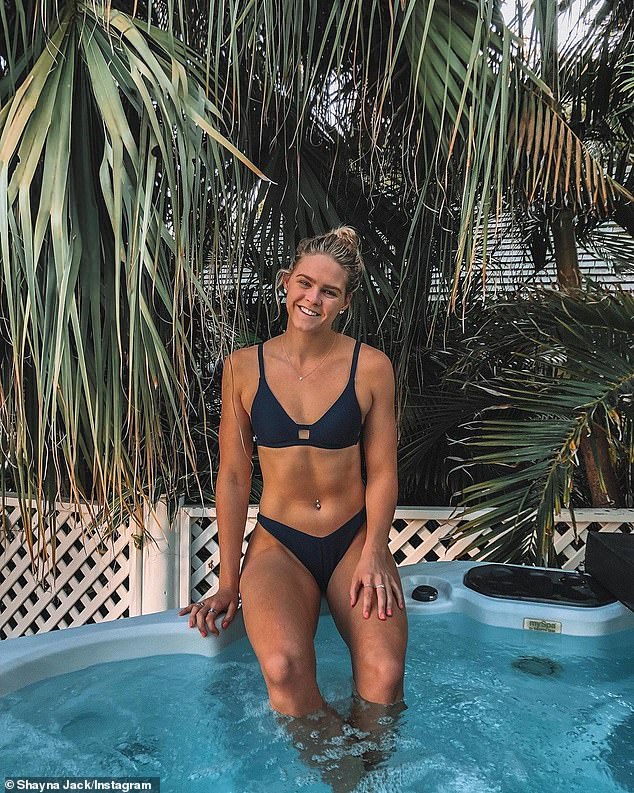 The World Championships and Commonwealth Games medallist was one of the rising stars of the pool until her world came crashing down in 2019.

She appealed her four-year ban and had it halved late last year after the Court of Arbitration for Sport found she did not knowingly ingest the prohibited substance.

Sport Integrity Australia is appealing the reduced sentence, but for now she is free to train and compete – and wasted no time diving back in to the pool after her ban was lifted last month.

Jack was spotted looking happy and relaxed as she arrived at Brisbane’s St Peters Western Swim Club with coach Dean Boxall at 6am on May 12.

She stretched for half an hour before swimming for two hours, later sharing photos of her pool session on Instagram. 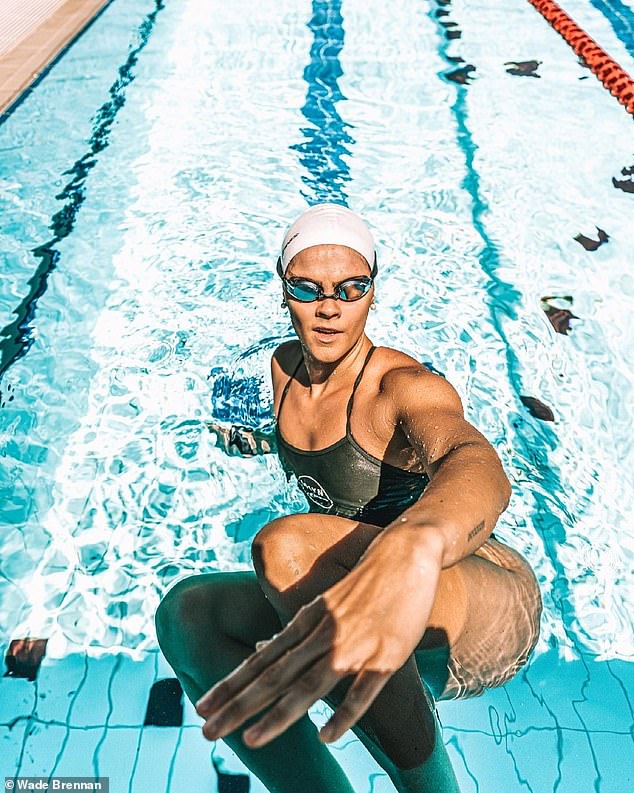 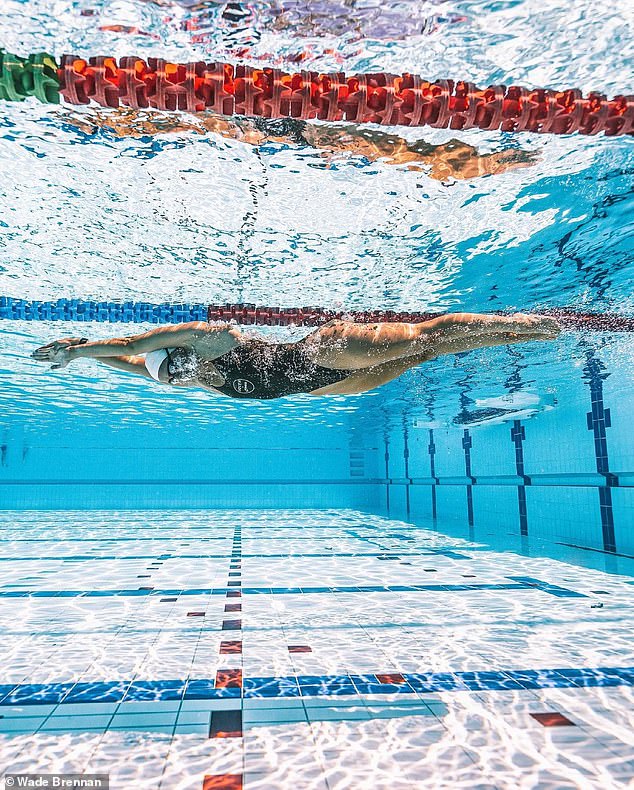 ‘The water has never felt so good. I cannot begin to describe how amazing it felt to walk through the gates with my coach and squad. I know I am stronger mentally and physically,’ she wrote.

She captioned an Instagram Story video: ‘What we’ve all been waiting for. I’m back. There is no better feeling.’

Jack thanked her family, boyfriend, coach, friends, lawyers, management, and sponsors for their support and sticking by her during the ordeal.

But she acknowledged the nightmare isn’t over yet with another appeal to face after Sport Integrity Australia and World Anti-Doping Association appealed the revised two-year ban.

Her years-long legal battle cost her more than $130,000, and counting, and deeply affected her mental health.

‘I was kind of naïve in a way thinking people would believe me. I was very wrong,’ Jack told ABC’s Australian Story.

‘One day I was an elite athlete and the next day, everything that I knew had just been taken away from me in one moment.’ 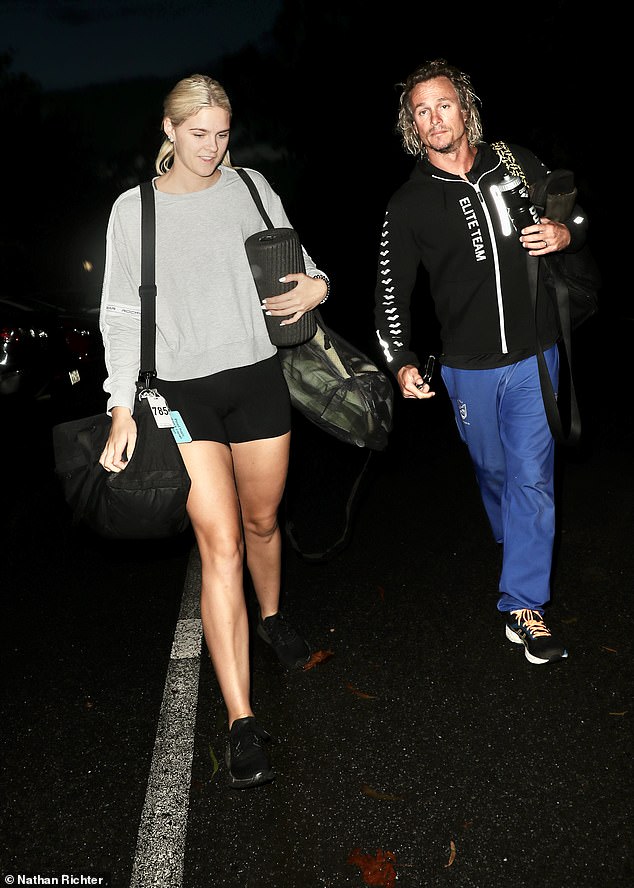 Jack said she ‘may never know for sure’ how she ingested the banned substance but has narrowed it down to several possibilities.

One is that she used a contaminated blender used by her boyfriend or brothers.

Another possibility is that it could have been in supplements she was taking were contaminated or came into contact with the banned substance while using a public pool or gym in Queensland while training for the 2019 world titles.

‘I don’t know where the Ligandrol came into contact with me,’ Jack insists.

‘I’m never going to know, which will always haunt me and always scare me.’

‘I had no idea what it was and had never heard of it.’

‘If something is in your body, it’s your fault. I had to fight for my career.

‘I don’t want other athletes to have to go through what I’ve been through. One day someone’s not going to get through it.’ 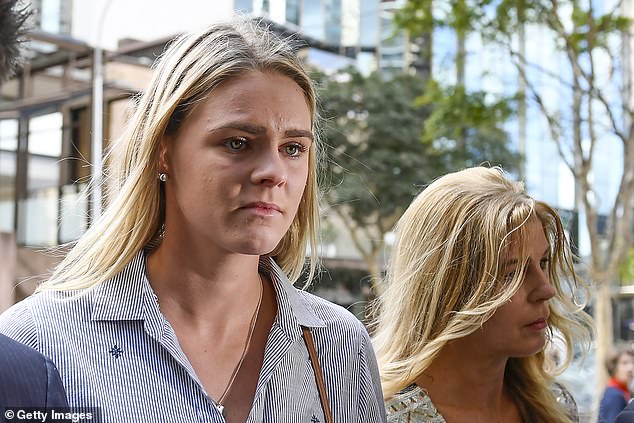 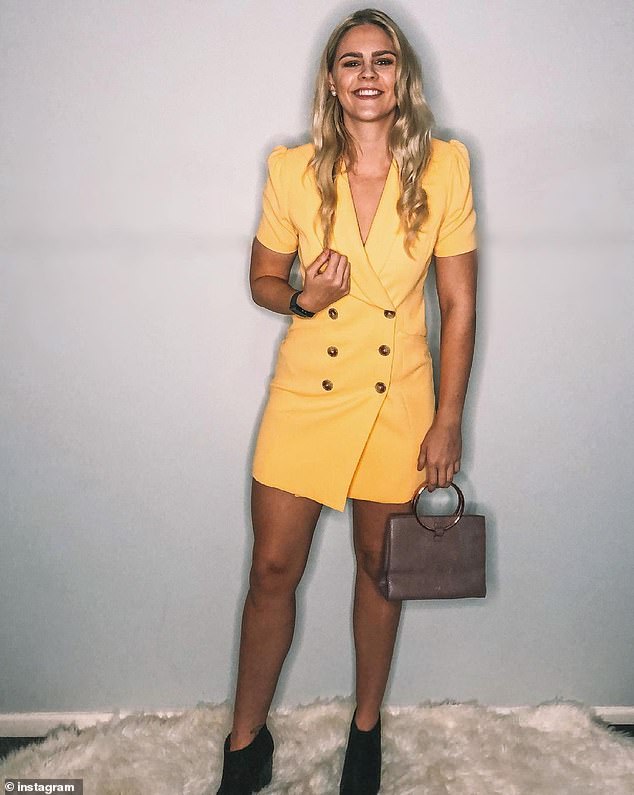 Jack decided to break her silence to ‘stand up for what’s right in sport’.

‘My fight is not just for me though – it is for all the athletes who inevitably are exposed to this system and it is also about standing up for what is right in sport,’ she posted on Instagram at the time.

‘My story tells the public about how an indefensible system punishes athletes in the most punitive way for providing an unintentional positive test. I want to thank ‘everyone who has continued to support me throughout this fight!’

He spoke out against the ‘inherently unjust system’ that treats all athletes as intentional drug cheats.

He believes doping rules aren’t in line with technological advancements which are now picking up tiny traces of banned substances such as Ligandrol.

‘We’ve had dozens of cases where athletes are dealing with low level positives caused by meat contamination or intimacy with a partner, multivitamin or mineral or supplement contamination,’ Mr Tygart told ABC’s Australian Story.

‘It’s the rules that have to be changed to be more fair.’

Jack was sent home in disgrace from the 2019 World Championships in South Korea after the results of her sample from a competition in Cairns weeks earlier came back positive.

Jack and her family have since spent more than $130,000 of their life savings trying to clear her name.

A GoFundMe was set up earlier this year to help fight the latest appeal as donations recently surged past $50,000. 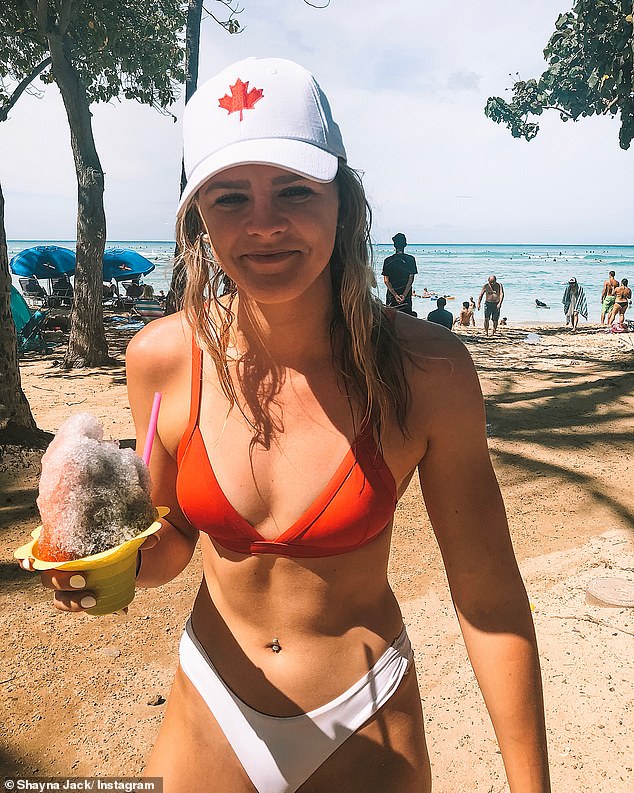 Jack went to great lengths to prove her innocence, cutting off strands of her hair for samples and having her teeth whitener tested to see where the traces of the illegal substance came from.

The court’s sole arbitrator Alan Sullivan QC applauded Jack’s refusal to blame anyone else for the fact she had tested positive.

‘Even though it would have perhaps suited her case to blame others, she refused to attribute such blame,’ the court heard.

‘She appeared to be completely straightforward, genuine and honest in the answers she gave.

‘Her demeanour was excellent and her dismay at the situation she found herself in was evident. She became emotional at times in giving her evidence, but not inappropriately or theatrically so.’ 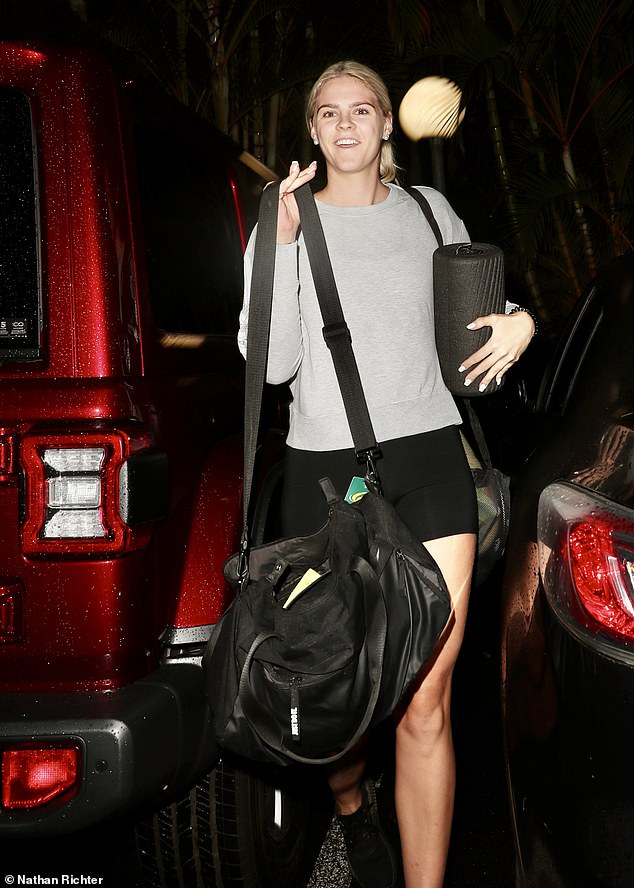 Shayna Jack arrived at the pool in high spirits on Wednesday morning, despite the 6am start

WHAT EXACTLY IS LIGANDROL?

It is what pharmacists call a selective androgen receptor modulator (SARM).

These drugs bind at specific sites on skeletal muscles. There, they initiate a cascade of processes which change the expression of different genes in the DNA of muscle cells. The end effect is an increase in the repair and growth of muscle.

This means Ligandrol works in a similar way to testosterone and anabolic steroids, although SARMs typically have fewer side effects.

The typical side effects of anabolic steriods can include short-term aggression and violence, acne, and sleeping difficulties, and long-term effects such as damage to the liver and kidneys, depression, and high blood pressure.

Because Ligandrol can potentially be used to gain an advantage in competitive sports, the World Anti-Doping Agency (WADA) placed the drug on its prohibited list.

Source: The University of Sydney