A jilted wife felt more deeply betrayed by her best friend’s lies after her marriage broke down than by her husband’s affair.

The Australian woman, who shared her experience anonymously with 9Honey, leaned on her pal ‘Katrina’ for support when her marriage broke down.

But their friendship soured once she met and moved in with a man named Henry.

The woman had known Henry for two years before embarking on a romantic relationship, but rumours started to spin that they had been more than friends while she was still married. 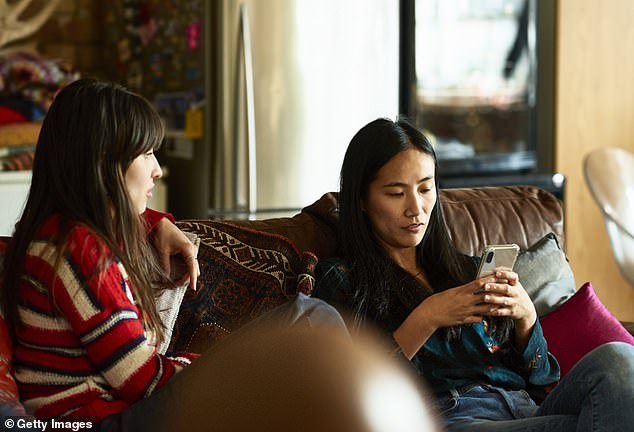 An Australian woman leaned on her best pal when her marriage broke down, but their friendship quickly soured once she moved in with a new man (stock image)

The woman said she couldn’t believe it when she discovered that her closest confidante had been the one to spread the lie.

‘Katrina knew the full story of why I left my marriage and had supported me through it,’ she wrote.

‘She also knew that Henry and I did not get together as a couple until after I’d left my husband and left our house. Surely she wouldn’t be spreading such an awful lie about me?’

The woman added the only reason her marriage had failed was because her husband had been repeatedly unfaithful.

When she confronted her friend, she cried and begged for forgiveness, saying she had been ‘suspicious’ of an adulterous liaison with Henry but had no evidence to prove it.

The woman said she soon realised Katrina was ‘very jealous’ of her newfound romance, having spent years on dating apps without much luck.

‘It was painful for her to see me happily with my new partner after a comparatively easy time,’ she wrote.

Despite this, the woman said she still cannot fathom why her dearest friend would want to bring her down.

While she is still friends with Katrina in a loose sense, she said they rarely speak or see each other anymore because their relationship was destroyed by the betrayal.

Pelosi calls on Democrats to return to Washington this week ... and Trump is in trouble!

The arrest of a fraud gang that exploited “Corona” in Syria

The WSL team of the year, according to data analysts CarteretChelsea and England forward Fran Kirby...