Ash Barty looks in ominous touch early on in her fourth round match against American Shelby Rogers at the Australian Open.

The women’s world number one walked out to a deserted Rod Laver Arena on Monday night due to Melbourne‘s five-day lockdown, but the lack of a crowd didn’t deter the home town favourite. 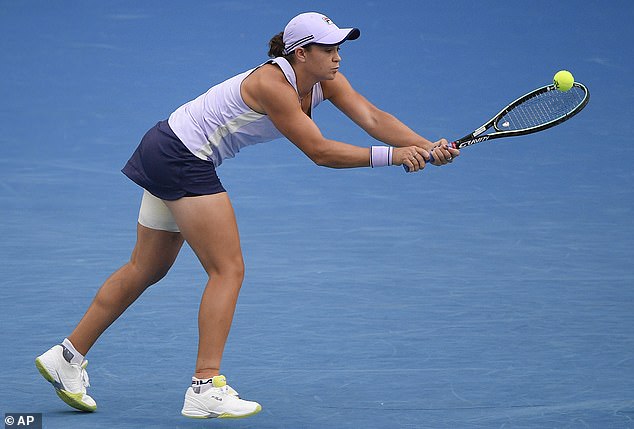 She was soon in complete control, with her sublime ground strokes seeing her jump out to a 4-1 lead against a shell-shocked Rogers.

Just as the on court Barty was presumably about to start, Rogers almost clawed her way back into the match.

The world number 57, from Mt Pleasant in South Carolina, had a number of break points on the Barty serve, but the-one time women’s Big Bash player with the Brisbane Heat held her nerve to bounce out to a 5-2 lead.

Dubai Airports announces a 70% drop in passenger traffic in 2020