Australia’s ‘most hated man’, Richard Pusey, has been scolded and placed on mute by a Melbourne magistrate in an online court hearing about theft and assault charges.

Pusey is accused of stealing car keys from another driver during an October 2018 petty parking dispute in Melbourne.

Prosecutors alleged the driver felt threatened and feared he’d be assaulted when Pusey walked up to the man, reached into the vehicle, removed the keys and drove off in his own car.

Acting for Pusey, Vincent Peters told an online mention at the Neighbourhood Justice Centre on Thursday the footage played to the court was not conclusive of prosecutors’ assertions. 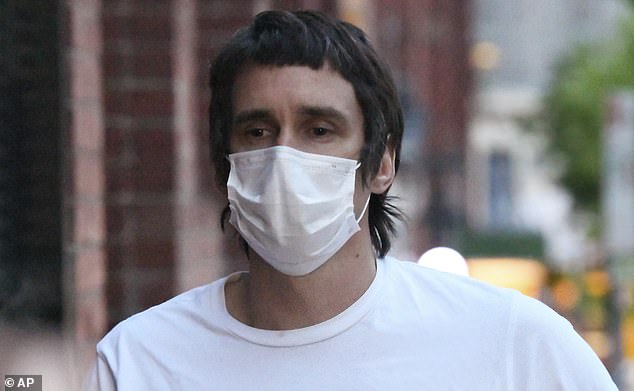 Australia’s ‘most hated man’, Richard Pusey, was placed on mute by a Melbourne magistrate in an online court hearing on Thursday about theft and assault charges stemming from a 2018 incident 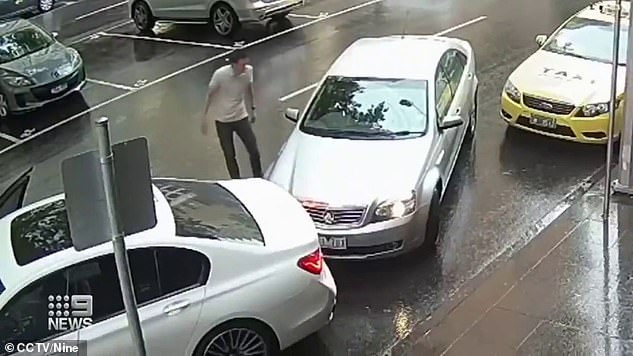 The court was told Pusey felt it ‘appropriate’ to remove the keys as the other man was not in a position to drive.

Pusey said he then drove the keys to a police station, but prosecutors disagreed with this assertion.

Appearing in court via video link, Pusey was placed on mute after repeatedly interrupting.

Magistrate Lance Martin said this was not acceptable as Pusey had legal representation and needed to let his lawyer talk.

As the hearing concluded, Pusey was un-muted and complained prosecutors were withholding documents from him.

‘Why does the informant ignore my call for documents to be handed over,’ Pusey asked.

Mr Martin said this was not an issue for a judicial officer to involve themselves in, and suggested Pusey speak to his lawyer.

‘That’s understood, sir, but what about the rest of the nation who can’t afford legal protection,’ Pusey said.

Mr Martin replied: ‘I’m not here to debate those issues’.

Before the magistrate joined the hearing, Pusey quipped he was ‘Australia’s most hated man’. 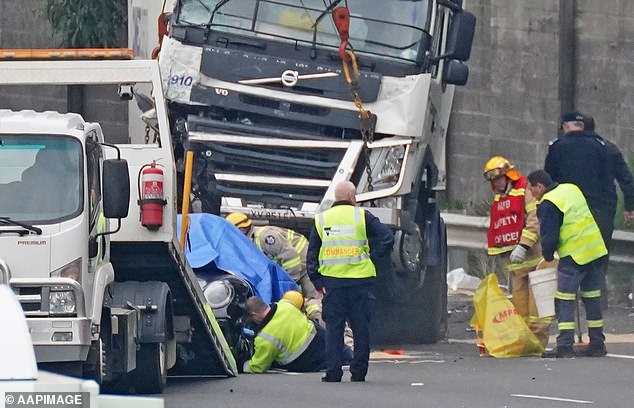 It echoed County Court Judge Trevor Wraight’s comment the day before about Pusey being ‘probably the most hated man in Australia’.

The 42-year-old on Wednesday faced a pre-sentence hearing for outraging public decency following a crash on the Eastern Freeway last April that killed four police officers.

He filmed the scene, repeatedly described it as ‘amazing’ and zoomed in on the injuries of the dead and dying officers.

He is due to be sentenced over the incident on April 28.

His unrelated theft and assault charges are due back before the Neighbourhood Justice Centre on May 6.

Picture of daughter and father shows the pair breaking four road rules – so can you spot them?