Australia’s richest man Andrew ‘Twiggy’ Forrest has landed back in Australia after being granted a travel exemption for a business trip to troubled African nation Democratic Republic of the Congo.

Mr Forrest touched down in New South Wales on Thursday morning and was seen stepping off his $100million private jet wearing a facemask and was accompanied by armed security into a waiting car.

His wife, Nicola, travelled with him on the trip – meeting DRC president Felix Tshisekedi and first lady Denise Nyakéru Tshisekedi – and was also seen stepping off the plane.

It is unclear where the pair were headed for their 14 days quarantine. Mr Forrest was previously granted an exemption to enter WA when he returned from a four month tour of 47 countries in 2020 on which he caught the virus from a Russian interpreter. 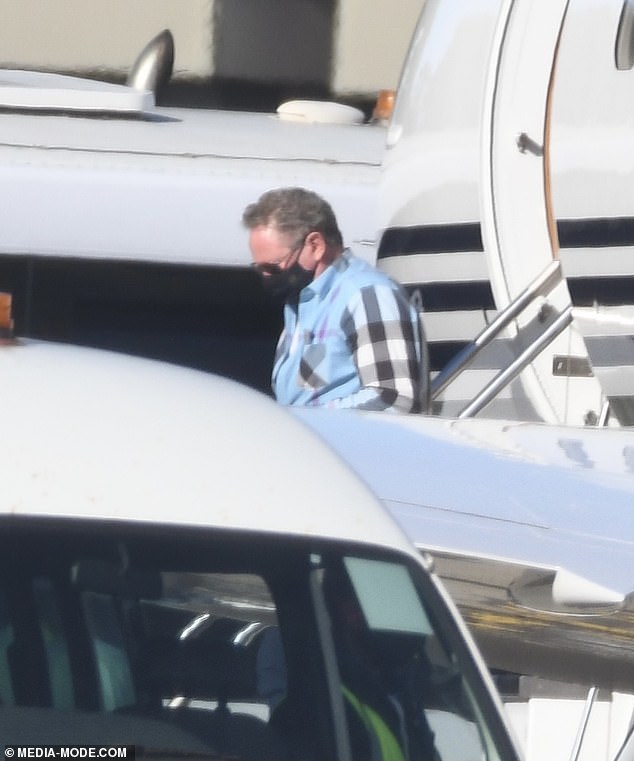 Mining Billionaire Andrew ‘Twiggy’ Forrest lands back in Australia, on his private plane after a flight from Africa accompanied by his wife Nicola, and some other passengers on his private FMG plane asan armed detail watched on 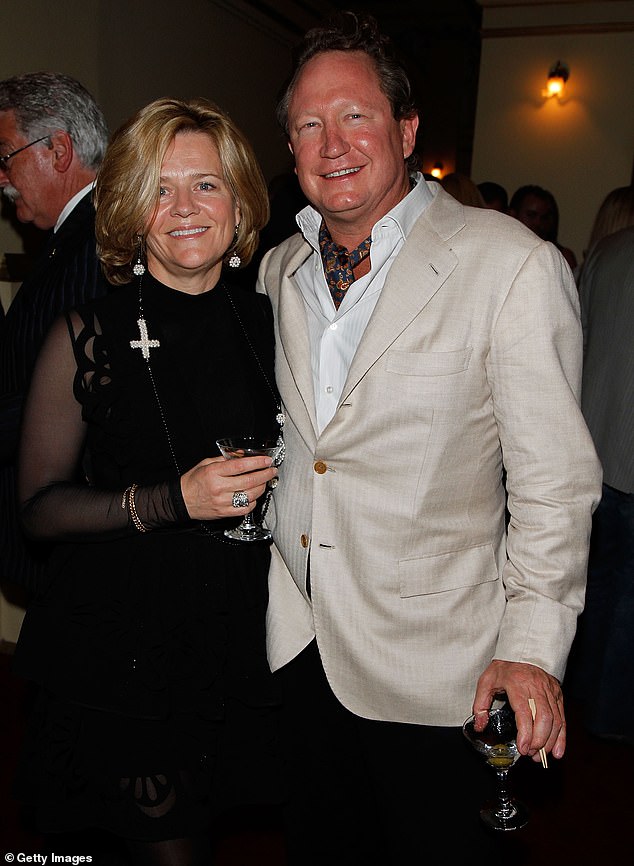 Mr Forrest most recent overseas trip had been in the Congo working out a deal with the African nation to develop the world’s largest hydro-electric power plant.

Democratic Republic of Congo’s government said on Tuesday Fortescue Metals Group would develop the $80billion Grand Inga hydroelectric power project, including a 4,800-megawatt dam that has already been committed to Chinese and Spanish developers.

Australia’s Fortescue confirmed earlier on Tuesday that it was in talks with Congo to develop a series of dams that could become the world’s largest hydroelectric project, but it said no formal binding agreement had been concluded.

Fortescue chairman Andrew Forrest met Congo President Felix Tshisekedi on Sunday to discuss the project. Forrest said Fortescue would use the energy from Inga to produce hydrogen to export around the world.

‘The capital cost of this will be many many tens of billions of dollars and direct and indirect employment will be in the hundreds of thousands,’ he told reporters.

Mr Forrest is Australia’s richest man courtesy of a surge in iron ore prices driven by demand in China.

His fortune reach almost $28billion while he was globetrotting. 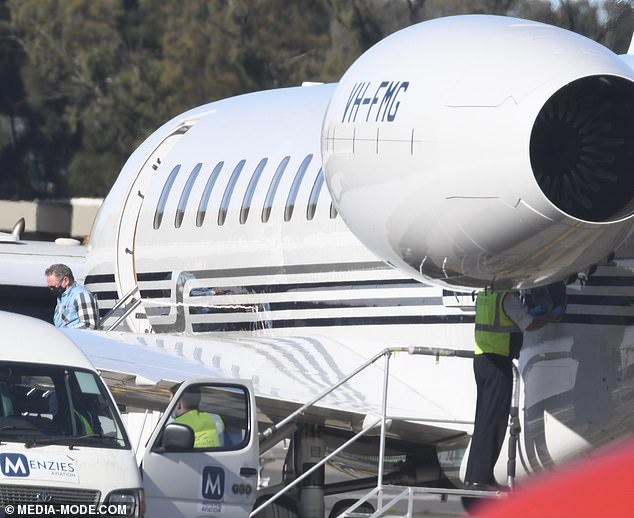 A spokesperson for Fortescue Metals Group said Mr Forrest would undertake formal quarantine but did not specify a location.

Anyone arriving from overseas in Australia is required to hotel quarantine for 14 days at their own expense since July 10 2020 – a decision agreed upon by the states at National Cabinet.

Travelers are then required to pay the billed for the expense which can reach upwards of $3,000.

Exemptions are generally only granted for medical or compassionate reasons. 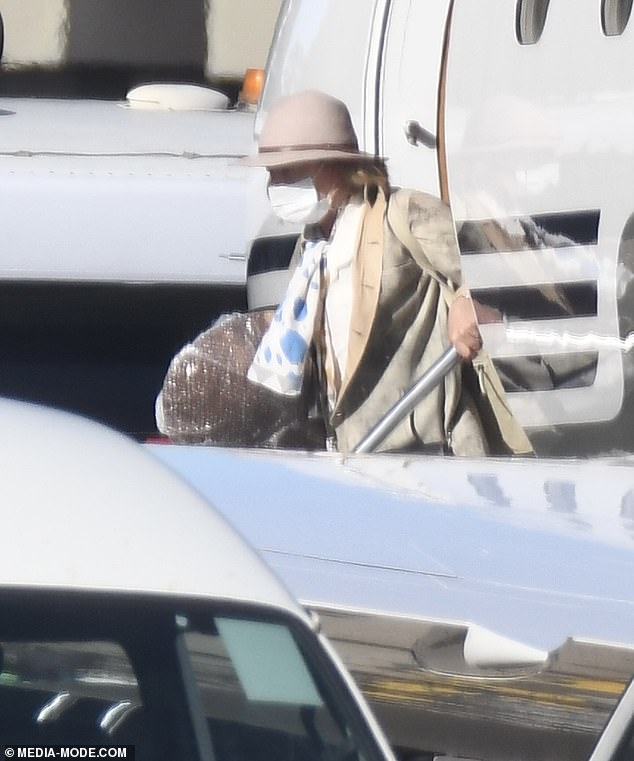 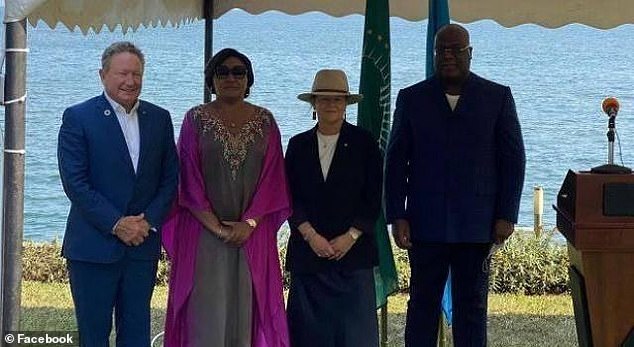 Mr Forrest was allowed to skip a second stint of self-isolation after returning to Western Australia in early 2021 after being granted permission by Australia Border Force to travel extensively in the height of the pandemic.

Ordinary Australians have been banned from going abroad in all but exceptional circumstances since the border was shut on March 20. 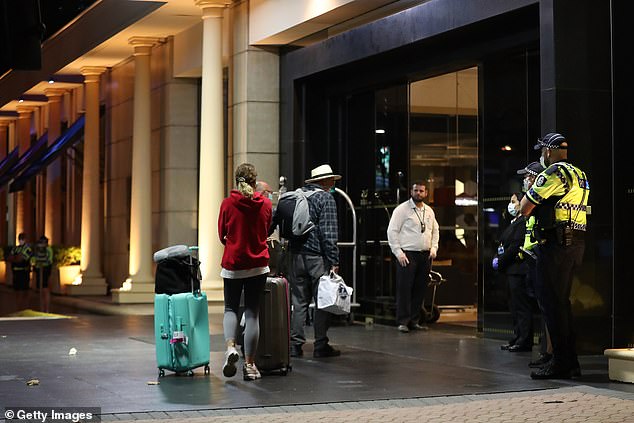 Fortescue Metals Group chief executive Elizabeth Gaines said Mr Forrest and every one of his travelling group returned negative test results prior to returning to Australia from Asia and he completed his quarantine in NSW.

‘While in quarantine Dr Forrest had zero contact with any persons from NSW, including the supervising police, and received an exemption from the Western Australian State Government to return to WA without an additional quarantine period.’

Mr Forest caught the virus from a female Russian interpreter after she joined his travel crew on a four-month tour in 2020 spanning 47 countries.

The purpose of the tour was to pursue potential renewable energy projects for his company. 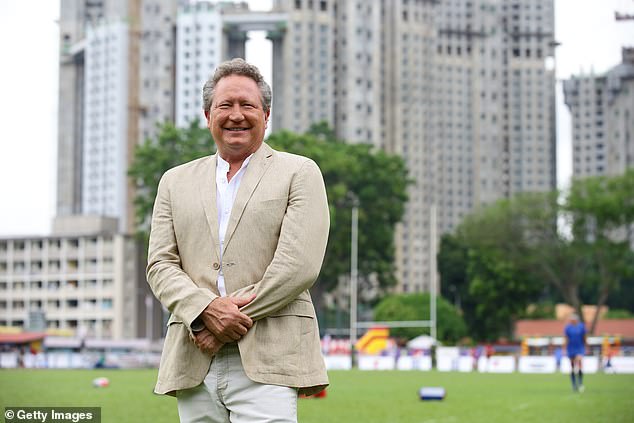 After Mr Forrest showed signs of infection, the tour was postponed, with the Fortescue crew returning to its travel base in Croatia.

No other crew members tested positive for Covid, with Mr Forrest spending three days in a specialist respiratory clinic in Switzerland as a precaution.

After his short stint in the Swiss hospital, Mr Forrest made a full recovery.

He is known for his philanthropic work, pledging his billions to charity and establishing the Minderoo Foundation which focuses among other aspects improving education and social equality for Indigenous Australians. 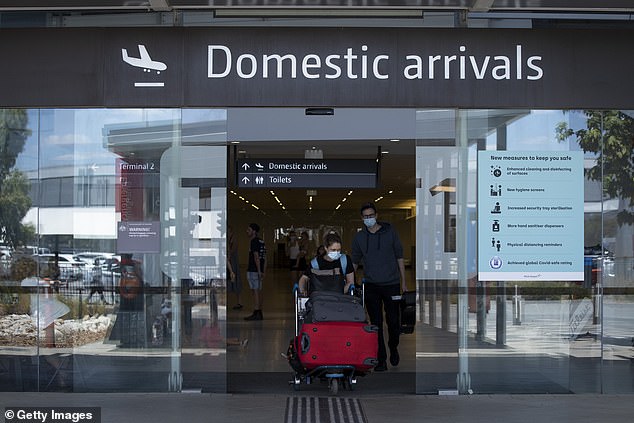 Australians are forced to pay for hotel quarantine out of their own pocket (pictured, passengers exiting Perth’s domestic airport)