It is an astonishing tale even by the standards of Fay Weldon, best-selling author of the classic feminist revenge novel The Life And Loves Of A She-Devil.

Except this time it is not fiction. One of Britain’s leading authors has walked out on her third husband, Nick Fox, at the age of 89, telling friends she is divorcing him and ‘complaining of coercive control and financial mismanagement’.

Weldon met Fox, a poet and bookseller, when she was 60 and he 45. At the time, the age gap caused a scandal. Undeterred, Weldon went on to marry him in 1994 and they moved to his family house in Dorset. 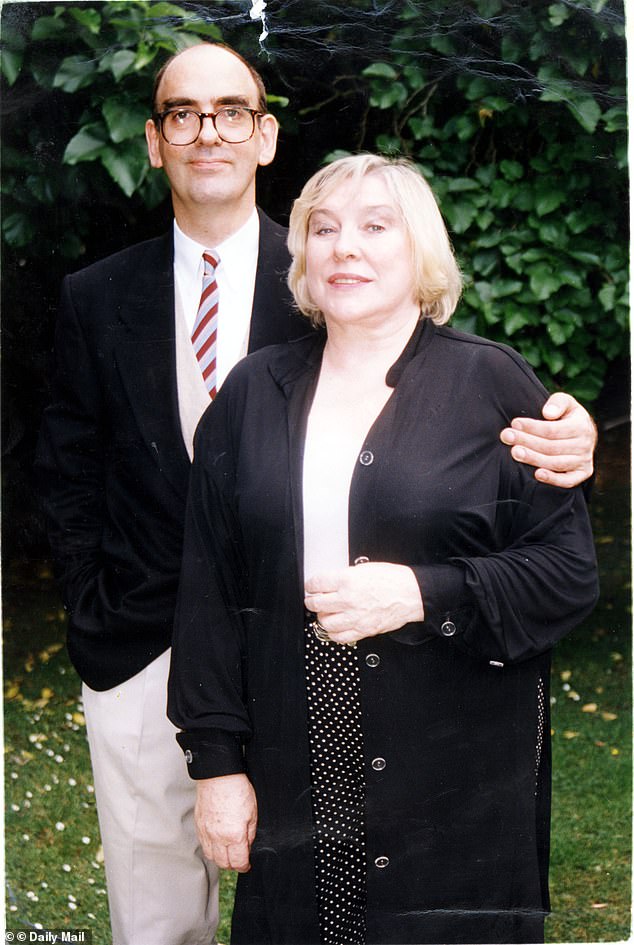 Fay Weldon, one of Britain’s leading authors, has walked out on her third husband, Nick Fox, at the age of 89 (the couple pictured together)

She is believed to have moved out months ago and now lives with her eldest son Nic Weldon in Northamptonshire.

In her email sent to close friends and family, the novelist said: ‘I have been out of touch for a long time, for which, my apologies. I have been hospitalised for much of the last year, first with a broken bone in my back and then with a stroke, therefore my silence.

‘I am mostly recovered, encouraged by the thought of Andrew Marr, who had a stroke and is now back to normal. He has the advantage, of course, of comparative youthfulness.

‘In the meanwhile, I have left my husband and am divorcing him, complaining of coercive control and financial mismanagement.

‘Considering everyone’s troubles this year, my own are mere hiccoughs. I am now safely with my family.’

Fay’s son Nic tells me that, despite her travails – marital and medical – his mother is in good heart. ‘She’s with us,’ he says. ‘She’s comfortable. She’s still recuperating from the stroke but she’s very occupied, really busy.

‘She has quite an extensive care package, including rehabilitation, but she’s not really up to a chat because her voice hasn’t fully recovered and she can’t operate any technology. But she’s getting stronger and she’s really lucid. It’s been a dramatic and stressful period for everyone – including him [Nick Fox].’

Of the separation he said: ‘I can’t say much about it. It’s up to Mum and she doesn’t want to say more at the moment.’

While Weldon was the main breadwinner in her marriage, Fox acted as her manager and orchestrated everything including money, transport and publicity. Last year Weldon admitted in an interview they did have ‘terrible rows’. 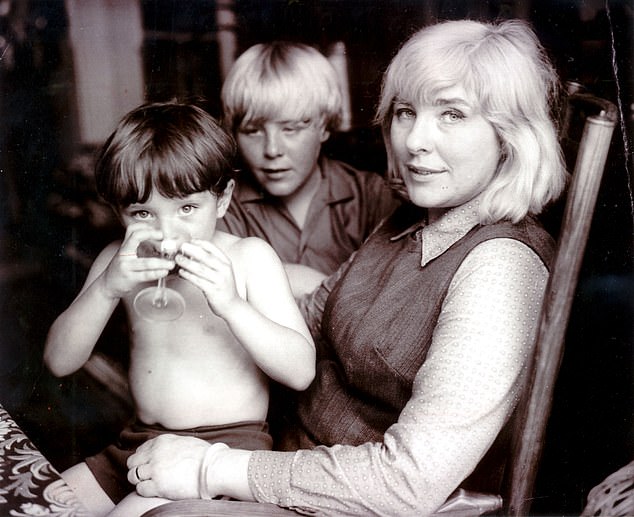 Fay Weldon with her sons Dan (left) and Nic in the seventies. The author is believed to have moved out months ago and now lives with Nic in Northamptonshire

‘People get really frightened, until they realise it’s only about a full stop,’ she said. ‘Or he likes commas and I don’t.

‘He’s on the top floor and I’m on the next one, so we edit on the phone. Quite a lot of slamming of phones goes on.’

A family friend tells me the marriage had been in difficulties for ‘some years’.

Despite the volatility of their relationship, Weldon remains close to Fox’s children.

‘She was wonderful with Nick’s three sons from his first marriage,’ says a friend. ‘They absolutely adored Fay. She has been utterly loyal to Nick.’

But, adds the friend, this failed to bring them together.

Yet Weldon clearly does not wilt easily. She once famously reflected: ‘I am all for denial. It is a tried and tested survival mechanism.’

It is just the latest twist in Weldon’s extraordinary marital life. She said she never felt especially beautiful and, even at university, was very shy – yet she became a single mother when she was only 23. 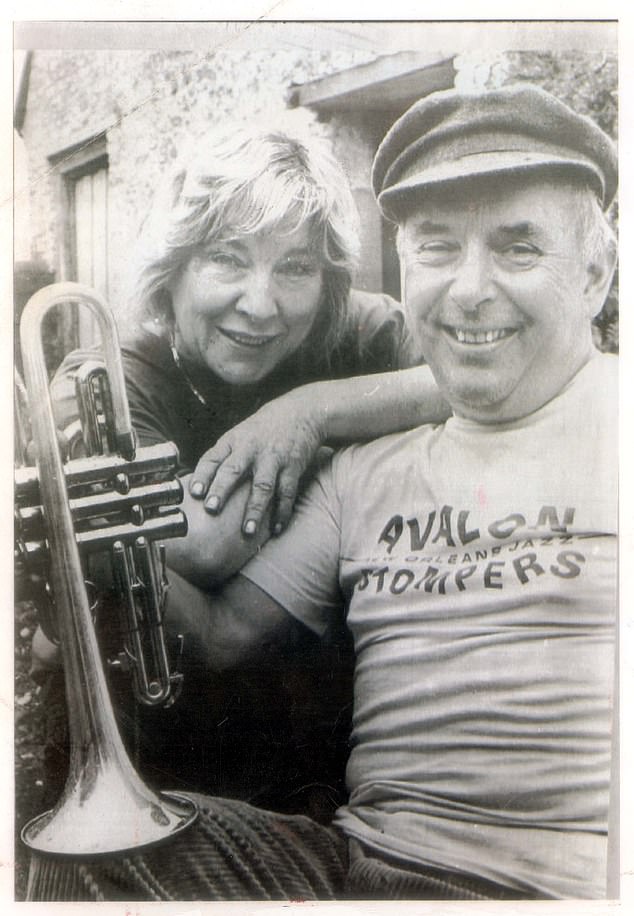 Fay pictured with her third husband Ron Weldon who died in May 1984. They had three sons together

It was after the birth of her first son Nic, by Colyn Davies, that she was forced through want of alternative to marry Ronald Bateman, a divorced schoolteacher from Acton 20 years her senior, in 1957.

The marriage was sexless and they divorced two years later. He wanted her to have sex with other men – and to tell him about it.

She obliged once or twice, and worked as a nightclub hostess at his instigation. She also took part in foursomes with a friend who worked in advertising.

At 29, she met the antiques dealer Ron Weldon. They had three sons and remained married for 30 years until a painful break-up.

He left her for his ‘astrological therapist’ in 1992 but, eight hours before their divorce was finalised, he died of a heart attack.

Weldon once said ‘my only ambition was always to be married’. Given her extraordinary rollercoaster life, who would bet against her marrying again?

The Daily Mail could not reach Mr Fox for comment last night.