The Covid-19 pandemic will hit the average worker’s pay packet by £1,200 by 2025, analysis by a think tank has revealed today.

A report published by the Resolution Foundation has hinted the pandemic will have a lasting impact on the finances of individual Britons, alongside damaging public economics.

Here Today, Gone Tomorrow says that by the middle of the decade, average wages are expected to be around £1,200 lower than was forecast before the virus took hold in March. 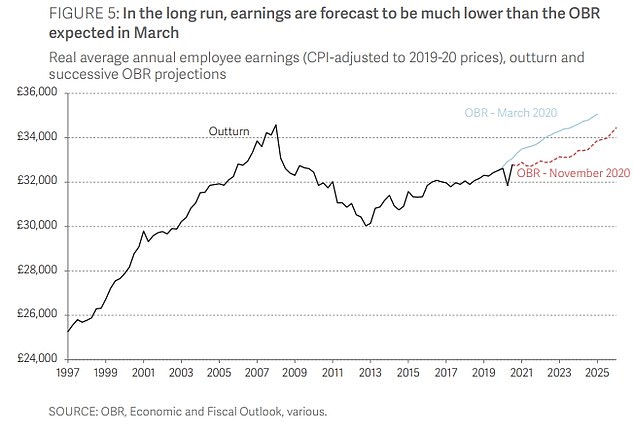 A report published by the Resolution Foundation has hinted the pandemic will have a lasting impact on the finances of individual Britons, alongside damaging public economics

The report comes as Rishi Sunak yesterday revealed what the Government will spend hundreds of billions of pounds on in the coming years, including £38billion for public services to fight Covid-19 for the final weeks of this year.

The Chancellor also pledged £55billion to battle the pandemic in 2021, including £2.6billion for devolved administrations, as he set out his plans in the Spending Review at the House of Commons on Wednesday.

However, Mr Sunak today refused to confirm extending a £20-per-week boost to Universal Credit payments beyond next April.

The Chancellor said the increase, which impacts six million Britons, was a ‘temporary’ measure, adding any decision on an extension would come in 2021.

He told BBC Breakfast: ‘We put, at the beginning of this crisis, lots of different measures in to help people.

‘One of those was a temporary one-year uplift in Universal Credit given that we were dealing with many months of a national lockdown – very severe set of restrictions that that was and a period of acute panic. 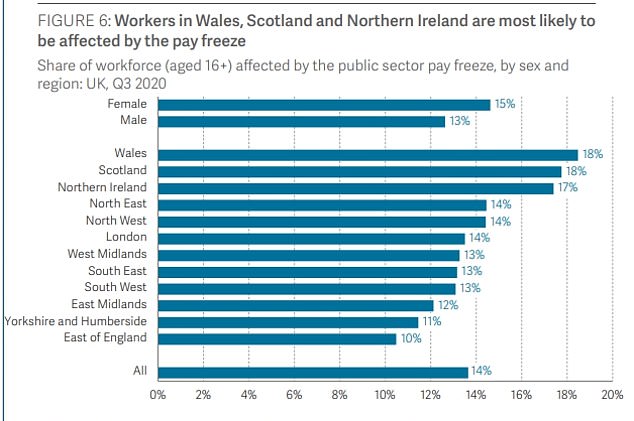 Pictured: A graph projecting who in the workforce is likely to be affected by the public sector pay freeze 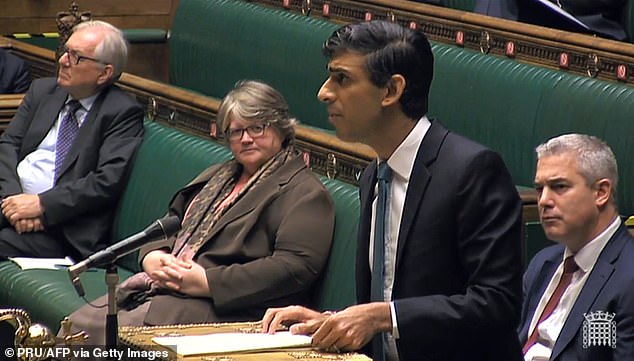 ‘That was a temporary increase, it runs all the way through to next spring and it wouldn’t be right to make a permanent decision about that now when the economic outlook is so uncertain.’

It is understood extending the boosted Credit would cost an additional £6billion.

Those at the Resolution Foundation said considering the economic hardship, ‘it makes no sense for the Chancellor to have failed to extend the £20-per-week boost to Universal Credit.’

The report added: ‘Against that backdrop, it makes no sense for the Chancellor to have failed to extend the £20 a week boost to Universal Credit into next year, leaving six million households wondering if they are set to lose over £1,000 a year just at the time when the OBR expects unemployment to reach its peak.’

Here Today, Gone Tomorrow also found £13billion of cuts to planned spending means it will not feel like the end of austerity for many public services. 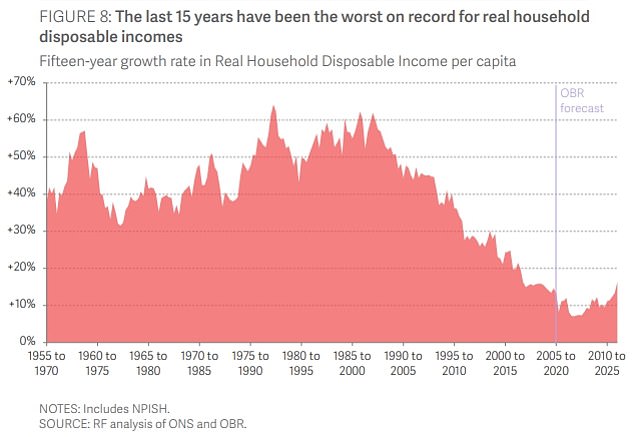 The day-to-day spending of some Government departments will remain almost a quarter smaller in real terms per person in 2024 and 2025 compared 2009 and 2010.

Elsewhere, the think tank found Mr Sunak stuck to the ambitious capital spending targets he set back in March.

Public sector investment is still set to average 2.9 per cent of GDP over the next five years, the highest sustained level since the late-1970s.

Torsten Bell, Chief Executive of the Resolution Foundation, added: ‘The Covid crisis is causing immense damage to the public finances, and permanent damage to family finances too, with pay packets on track to be £1,200 a year lower than pre-pandemic expectations.

‘The pandemic is just the latest of three ‘once in a lifetime’ economic shocks the UK experienced in a little over a decade, following the financial crisis and Brexit. The result is an unprecedented 15-year living standards squeeze.

‘Yesterday, the Chancellor chose to ramp up his Covid spending to £335 billion. But he also quietly dialled down his spending plans beyond the crisis. For all the talk of ending austerity, its legacy will continue for many public services throughout the parliament.

‘While the priority now is to support the economy, the permanent damage to the public finances mean taxes will rise in future. But which taxes those will be, like which Brexit we can expect, are questions the Chancellor left for another day.’