Although it is difficult to describe mosquitoes as beauty due to their association with pain and transmission of disease, a mosquito of a rare breed deserved an exception thanks to its unique appearance from the gradient colors on its wings and back to the blue feathers on its tips. 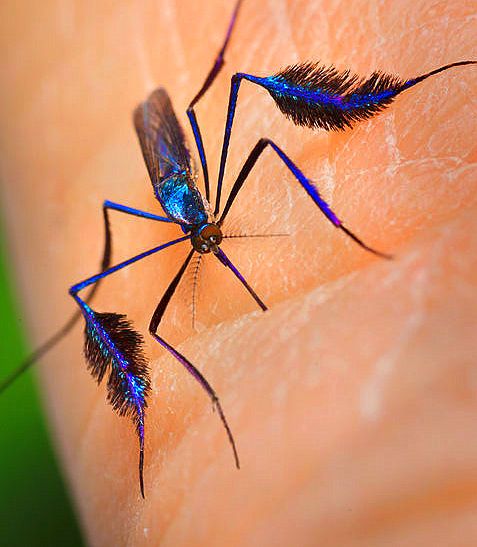 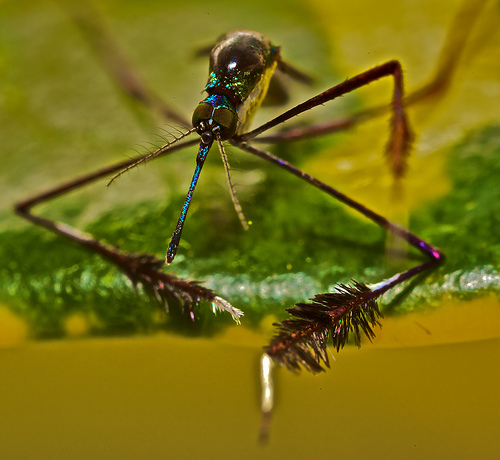 According to the BBC website, BBCIn a tropical forest in Central America, wildlife photographer Jill Wiesen found the mosquito, a subspecies called “Sabiths”, famous for its iridescent gradient color and soft feather-like scales on its legs.

The position of the hind legs of the mosquito while feeding it helps to gain an impressive appearance, which prompted Internet users to comment on the rare photos that were taken of it, as the most beautiful mosquito in the world.

For his part, wildlife photographer, Wezan, told BBC The Sabiths mosquito responds to the slightest movement and changes in light intensity, which means that the photographer must remain stationary while trying to photograph it. “You should also prepare for its escape if you use the flash, but fortunately you won’t have just one in front of you, usually dozens of them hover over your head.”

The padded middle legs of the Sabeths mosquito are considered one of its most prominent aesthetic features, and scientists have not discovered their purpose, and for a time it was believed that they play a role in the mosquito’s mating rituals, but experiments showed that the mosquitoes continued to mate successfully after they were removed.

As with more than 3,300 species of mosquitoes, female Sabeths mosquitoes feed on blood, but they do so only during the period of egg production, while for the rest of their lives they depend for food on the nectar of flowers.

Juventus leads with an exciting victory against Sweden’s Malmo in the Champions League.. Video