The Juice is cut loose: Awkward moment OJ Simpson fan denies him a kiss while they danced in TikTok video

OJ Simpson went viral over the weekend, after a video posted to TikTok showed him going in for a kiss with a woman – only for her to dodge him at the last minute.

In the video, a blonde woman could be seen at what appears to be a club in Las Vegas motioning for the infamous football star to lean forward into the frame as music blares behind them.

‘OJ baby, he’s out, he’s out baby,’ the woman says, before turning towards Simpson and pointing at him.

It is at that point Simpson moves in for a kiss, while the woman backs away and pulls a face.

The video has since gone viral with more than 80,300 likes and more than 6,000 comments making fun of the former running back whose popularity declined sharply in 1994 as he stood trial for the murder of his ex-wife and her friend. 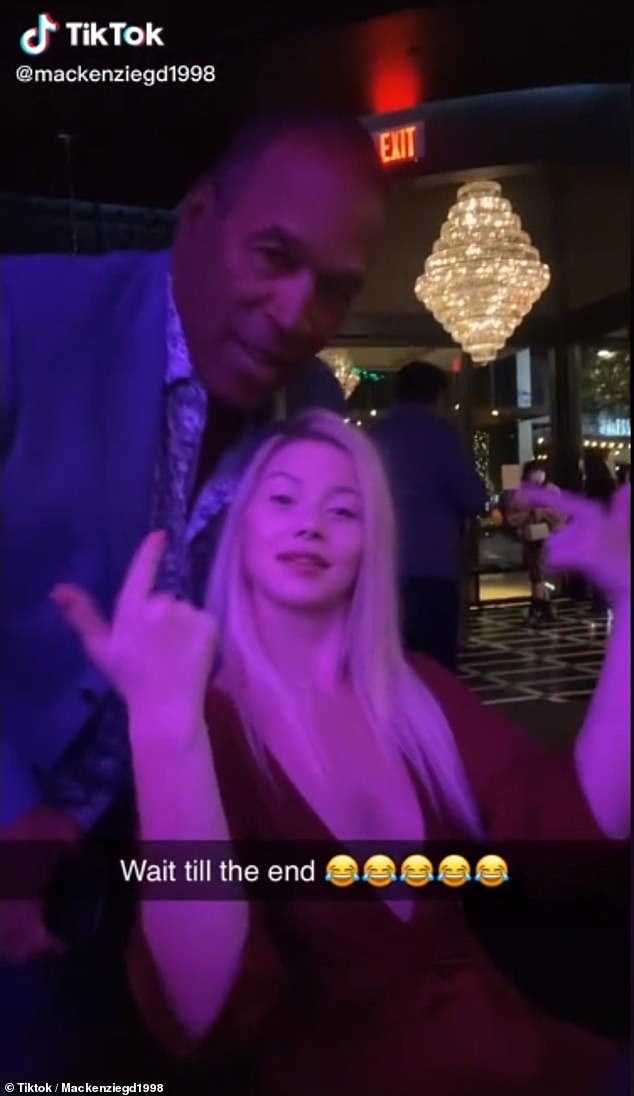 In a video posted to TikTok on Sunday, OJ Simpson appeared at a Las Vegas night club as a blonde woman says: ‘OJ baby, he’s out, he’s out baby’ 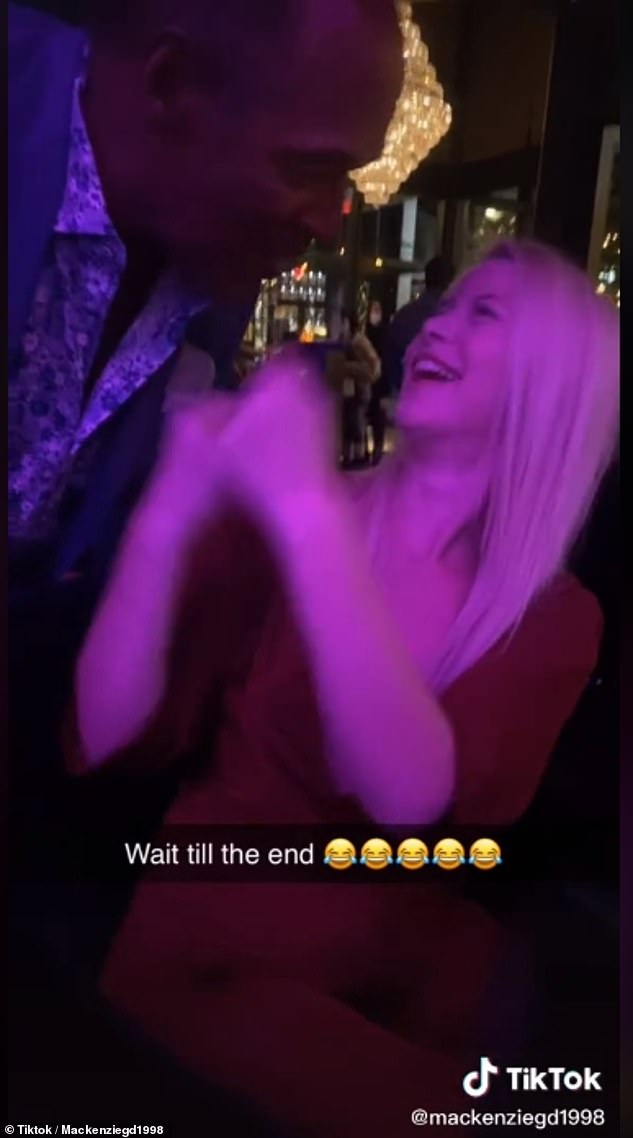 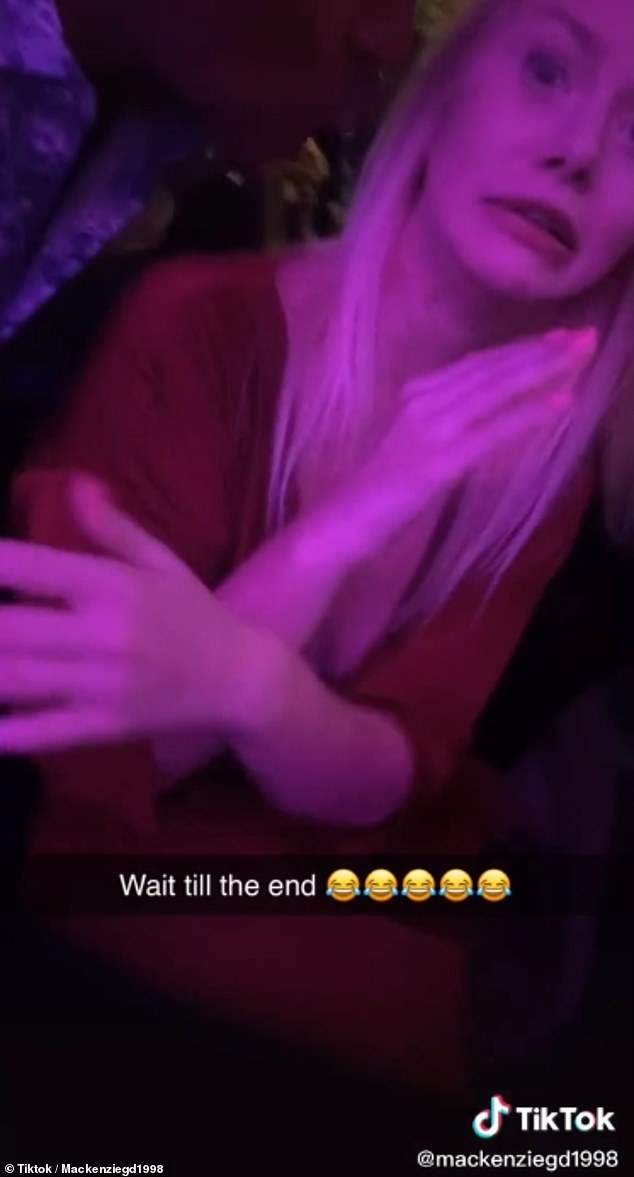 At that point, OJ Simpson leans in for a kiss, as the woman dodges his advances with an awkward expression on her face

Aimee Palmerton joked in a comment on the video: ‘He took a stab at it, but missed this time,’ and another user with the username Lets Go Brandin said: ‘Girls say breaking up with him feels like getting stabbed in the heart.’

Aaron Stafford also wrote that the girl ‘better watch your back, because the new Ford Broncos are out,’ and a user by the name of NunYaBuisness commented: ‘OJ be like “you remind me of somebody.”‘

And Christian JL Trotter said he ‘can’t live with the embarrassment I just got from watching that,’ while Eric Nagy joked: ‘He would be a killer date.’ 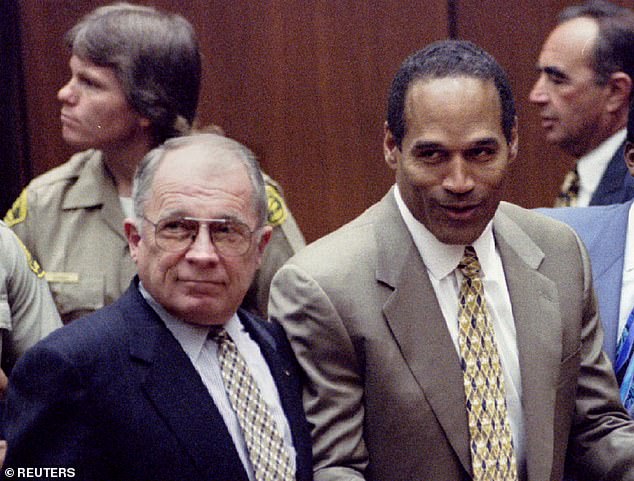 Simpson was previously famously tried for the murder of his ex-wife Nicole Brown Simpson, and her friend Ron Goldman 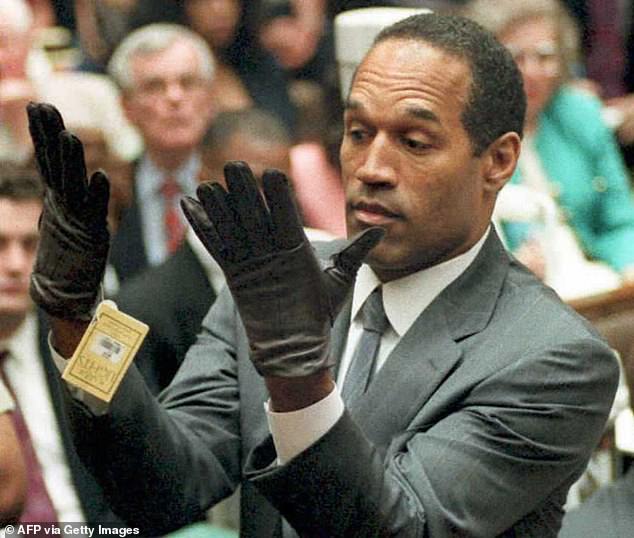 He was eventually acquitted of the double-homicide charges 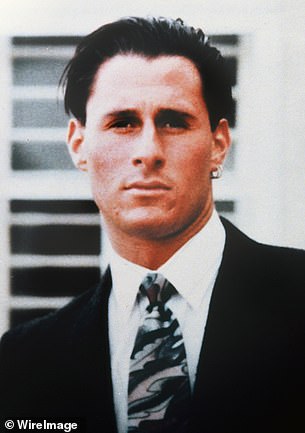 On June 12, 1994, the revered Pro Football Hall of Fame hero became a murder suspect when Nicole Brown and her friend Ronald Goldman were found brutally murdered

Simpson was famously tried and acquitted for the murder of his ex-wife Nicole Brown Simpson, and her friend Ron Goldman.

The two were found stabbed to death outside of her Los Angeles condominium on June 13, 1994, with bloodstains matching Simpson’s blood type found at the scene.

He had become the main suspect in the double-murders by the morning of June 17, when he led the Los Angeles Police Department in a low-speed car chase in his white Ford Bronco. The cars were discontinued shortly thereafter, and were brought back onto the market last year.

Simpson was eventually acquitted of the murders in a trial that captivated the nation and propelled the legal careers of Robert Kardashian, Robert Shapiro and Johnny Cochran.

But in 2008 Simpson was jailed for 33 years for an armed robbery at a Las Vegas hotel involving his own memorabilia.

He was released in October 2017, after serving nearly nine years.