A baggage handler has been jailed for life with a minimum term of 27 years for the ‘unimaginably savage’ murder of his British Airways host lover.

Jayesh Gobar, 36, was convicted by a jury at Hove Crown Court of the murder of 58-year-old Nelly Myers at her home in Rotherfield, near Crowborough, East Sussex, on December 17 last year.

Judge Christine Laing QC told the court that Gobar, from Crawley, West Sussex, attacked the mother-of-two after becoming enraged when she would not give him money to fund his drug habit.

She told Gobar: ‘What is clear is that Nelly Myers would not give you any money and, in order to get it from her over the next one hour and a quarter, you subjected her to a prolonged and savage attack. 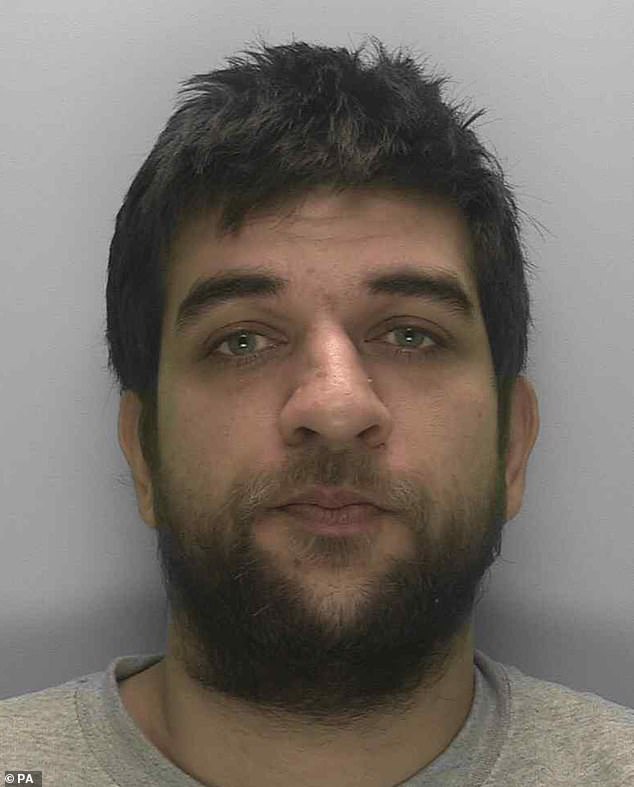 Jayesh Gobar, 36, of Crawley, West Sussex, murdered Nelly Myres, 58, at her home in Rotherfield, near Crowborough, on December 17 last year

‘The terror and trauma of that final hour of her life is unimaginable.’

The judge continued: ‘There were few areas of her body that you did not kick, stamp or punch.

‘She had sustained 23 rib fractures and a traumatic brain injury of the type most commonly seen in high-speed car crashes.

‘One of the most poignant images was a clump of her hair found in the hallway, no doubt ripped from her head by you as she tried to flee from what should have been the safety and sanctity of her own home. 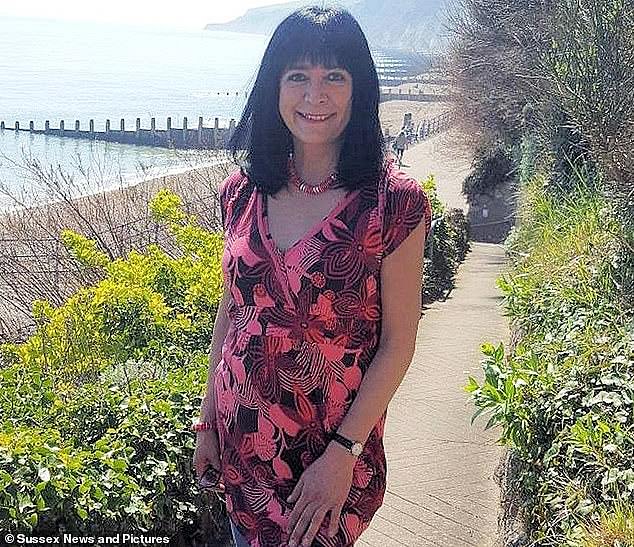 The prosecutor said: ‘Mrs Myers (pictured) fell in love with Mr Gobar, there is no other way of putting this, she was totally obsessed with him and was devoted to him’ 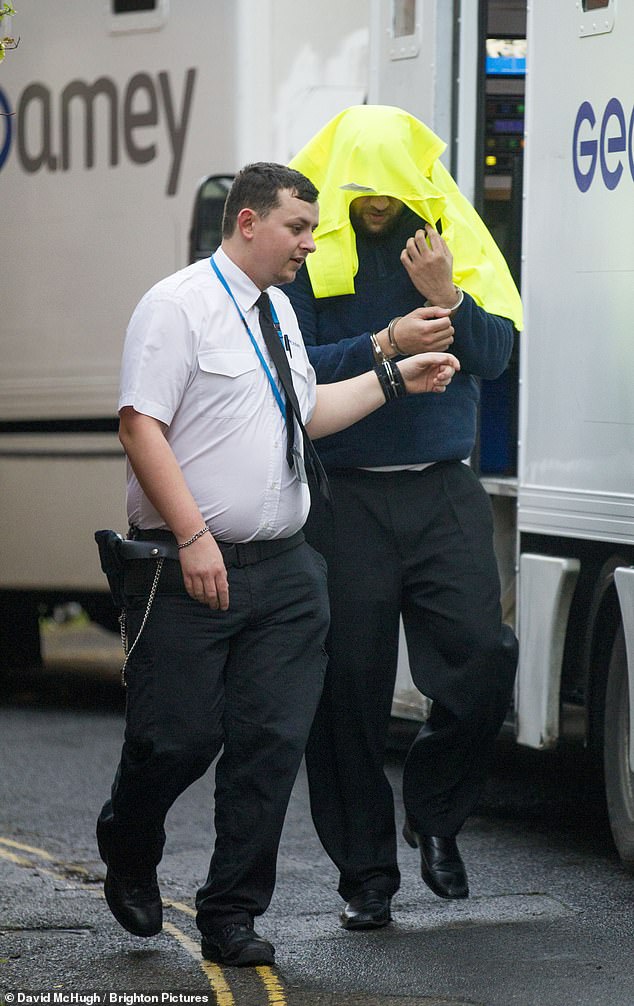 ‘It was an act of utter brutality on a defenceless woman. I have detected not one shred of remorse on your part for what you did to a woman who had only ever tried to help you.’

The judge added that Gobar then spat all over Mrs Myers’ house to vent his ‘fury’ at her not giving him any money.

Richard Hearnden, prosecuting, told the trial that Mrs Myers, a customer services host for British Airways at Gatwick Airport, was having a ‘passionate’ relationship with Gobar and was ‘devoted’ to him.

Gobar had been jailed in 2018 for a violent robbery of Mrs Myers but she restarted the relationship after he left prison, the court heard.

Mrs Myers was born in Lima, Peru, and worked for the South American country’s national airline for many years before she met BA pilot Kevin Myers, whom she married. 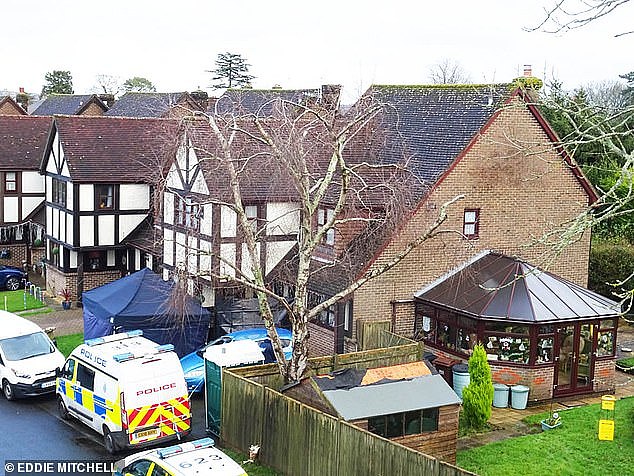 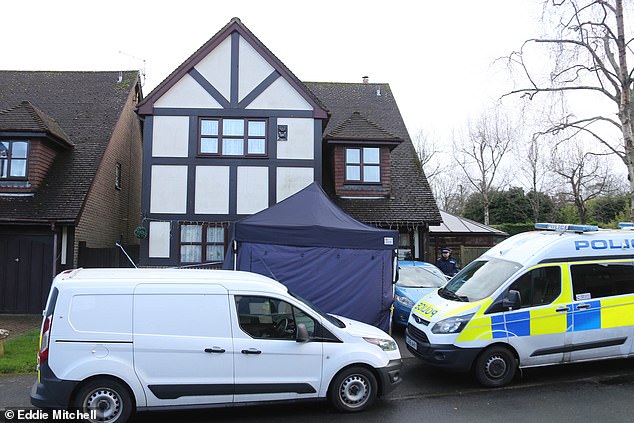 A clump of Mrs Myers’ hair was found in the hallway of the home, with her body having sustained 23 rib fractures and a traumatic brain injury

She moved to the UK and had two sons, James and David.

The family lived in ‘a suburban-looking detached house’ in Crowborough, but Mrs Myers occupied the property alone after her marriage ended in 2014.

Mr Myers said in a statement read to court: ‘Nelly was the kind of person I would like to be, her presence, charisma and charm were incredible.’

He added: ‘She obviously died a brutal and slow death and I cannot comprehend the pain and suffering she must have endured.

‘She was a strong woman and would have fought for her life but she didn’t stand a chance.’

James Myers said of his mother in an emotional statement which he read to the court: ‘Nobody can replace her, a completely unfillable void has been left.

‘I will spend the rest of my life missing her.’

The prosecutor Mr Hearnden said: ‘Mrs Myers fell in love with Mr Gobar, there is no other way of putting this, she was totally obsessed with him and was devoted to him.

‘What they had was an irregular and turbulent but often passionate acquaintance.

‘Sexual intimacy happened but was infrequent; while she craved company and attention, he on the other hand seemed to be only interested in her money. 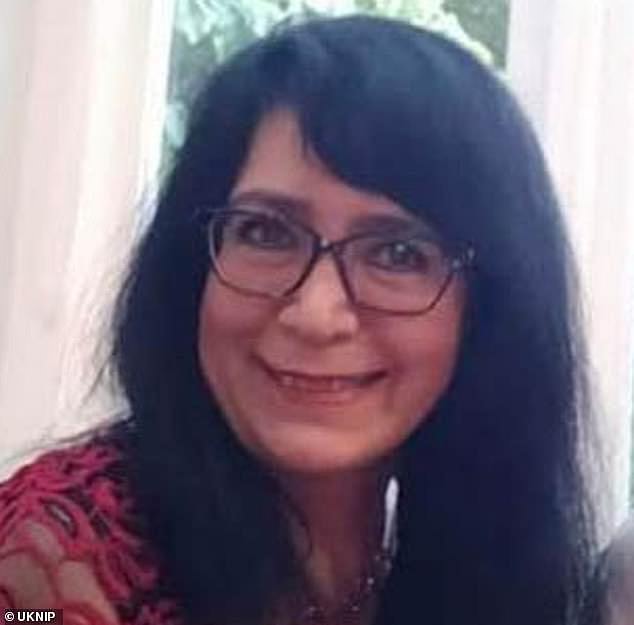 ‘She was always giving him cash and he was using that cash for drugs.’

Mrs Myers was found dead at her home on the evening of December 18 after her son James alerted police.

Officers found her lying partially dressed in the hallway having suffered multiple injuries and Mr Hearnden said a post-mortem examination found that she died of severe head injuries.

The prosecutor said Gobar’s footprint was found on scattered paperwork in her house and her blood was found on his shoes when he was arrested.

He said: ‘Mr Gobar was not a professional killer, he killed her in a fit of rage in order to steal from her thereby to feed a drug habit.’

Reuters: The US Secretary of State has tested negative for Corona and subjected him to quarantine

More than 10,000 rock fans gathered at Download to enjoy their favourite bands with mosh pits,...