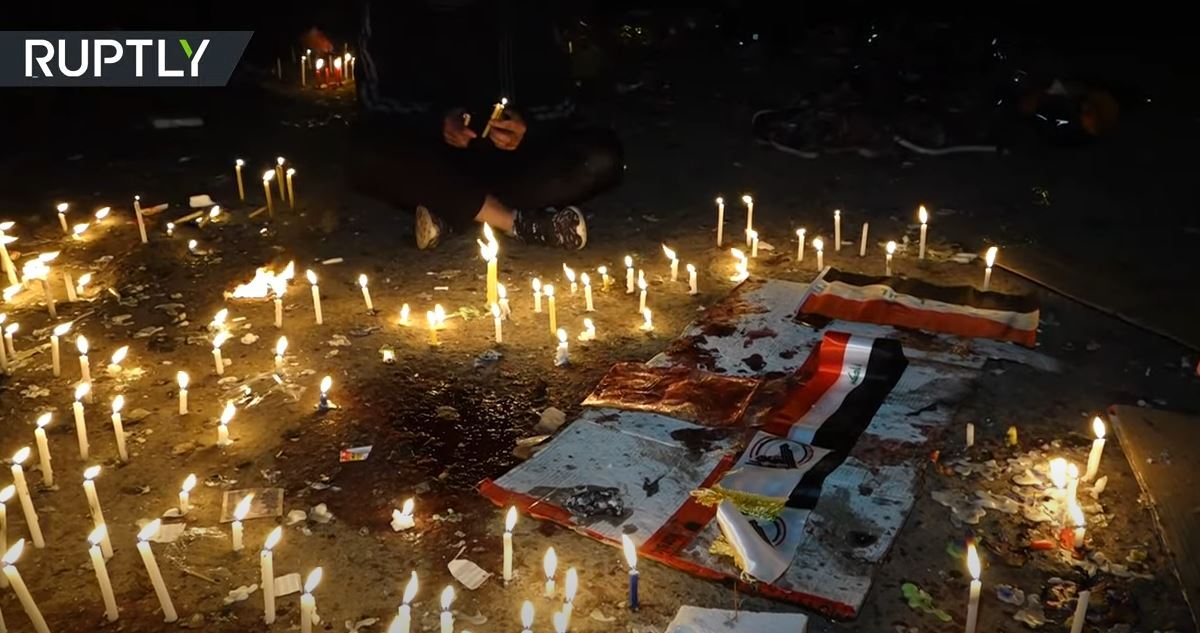 Baghdad residents gathered Thursday evening to light candles and pray at the site of the twin suicide bombing that killed 32 people and injured 110 earlier in the day.

The organization “ISIS”, which is classified as an international terrorist, claimed responsibility for the suicide attack, which was the largest attack that hit the Iraqi capital in years.

Officers in riot gear face off against protesters in Yangon