Bahrain’s representative to the United Nations: Qatar’s actions show its lack of credibility and contradiction 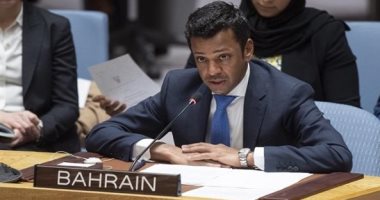 Ambassador Jamal Faris Al-Ruwaie, the representative of the State of Bahrain to the United Nations, said that the Qatari allegations that 4 Bahraini fighter jets violated Qatari airspace on December 9th is unfortunate and shameful, and has nothing to do with the truth, stressing that the false Qatari claims are part of the continuous and escalating distortion practiced With the aim of destabilizing security and stability and increasing regional tensions, this came in urgent news for “Sky News Arabia”.

The representative of the State of Bahrain to the United Nations emphasized that Qatar’s actions indicate its lack of credibility, its contradiction and contradiction with the principles of good neighborliness stipulated in international conventions and which Qatar claims to adhere to.

Ambassador Jamal Faris Al-Ruwaie, Bahrain’s delegate to the United Nations, added that Qatar was first to turn to its crisis of continuing its provocative and hostile behavior, its support for terrorism and its financing, referring to Qatar’s interference in the internal affairs of neighboring countries as a threat to international peace and security.

Heavy damage as a result of the Israeli raids on Gaza