The organisers of a Balinese festival have been forced to apologise and issue full refunds to furious punters who complained they were ‘lied to’ after the event failed to live up to expectations.

Bali Fest kicked-off on Friday in Mandurah, southwest of Perth, promising to bring ‘Bali and its culture, food, entertainment, shopping and leisure lifestyle to Australia’, with music, bars and markets at a cost of $30 for adults and $16 for children.

But punters who turned out for the five-day event took to the festival’s Facebook page to vent their fury, claiming they were ‘very dissatisfied’ as ‘nothing about the event represented Bali’, while labelling Bali Fest as an ‘absolute waste of money’. 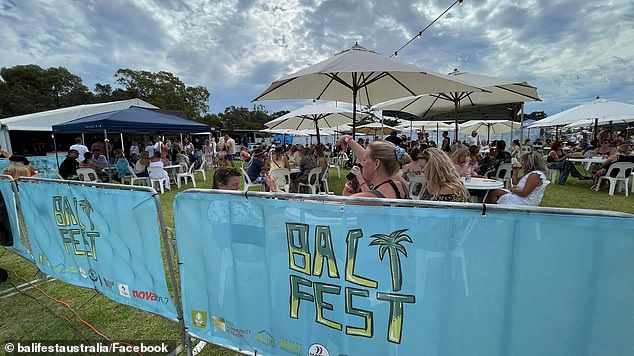 Organisers of the Bali Fest event in Mandurah, Western Australia, have issued a public apology and full refunds following complaints the festival failed to live up to expectations 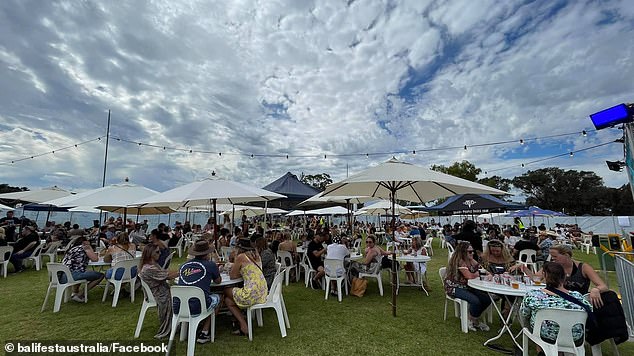 The five-day event over the Easter long weekend was billed as bringing ‘Bali and its culture, food, entertainment, shopping and leisure lifestyle to Australia’

Others told how they were going to lodge complaints with the consumer watchdog the ACCC, alleging false advertising.

‘Can’t believe we drove from Perth and paid to go to this crap event. Nothing about this event represented Bali. I could of bought Bintang from my bottle shop and sat in my backyard under a palm tree and felt more Bali vibes,’ one woman said.

Another said: ‘We… were extremely disappointed. The market stalls were average with half of them not even Bali related and the food choices were limited – especially if you wanted Balinese style cuisine’.

Although some said they still enjoyed their time at the festival.

‘Yes it wasn’t what we expected but we still made the most of it and had a fun day. It really is what you make it. I hope people don’t take advantage of this refund request just because it was offered or that they do donate to the charities themselves,’ one said.

Another said: ‘We enjoyed the day, wasn’t what we expected in reality but the company and weather was fab, great effort by all, just need to learn from the first event and nail it next time’.

In a Facebook post responding to the criticism, Bali Fest organisers acknowledged punters had been underwhelmed by their experience. 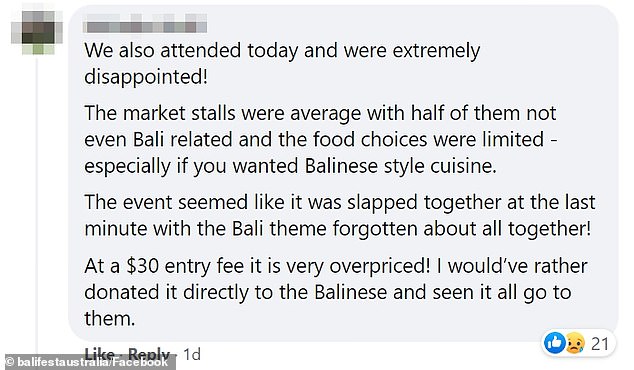 Dozens of punters took to the event’s Facebook page to voice their disappointment over the festival, which was labelled as an ‘absolute waste of money’

‘We’re taking this opportunity after several days of the festival to publicly apologise to those who have expressed that they feel lied to and underwhelmed by the whole event,’ the organisers posted.

‘We would also like to whole heartedly apologise to the Balinese community who were offended by our lack of cultural representation.

‘This event was always meant to be a celebration of entertainment and culture while bringing awareness to the struggle in Bali due to Covid, clearly we got this very wrong.’

The organisers said they have now started the process of refunding tickets to punters who demanded their money back.

‘There is without no question in our minds the right thing to do is offer full refunds to those who have expressed their disappointment,’ they said.

The event was also meant to be raising funds for Balinese residents hit hard by the Covid pandemic but punters raised concerns about where the money was going to be donated to. 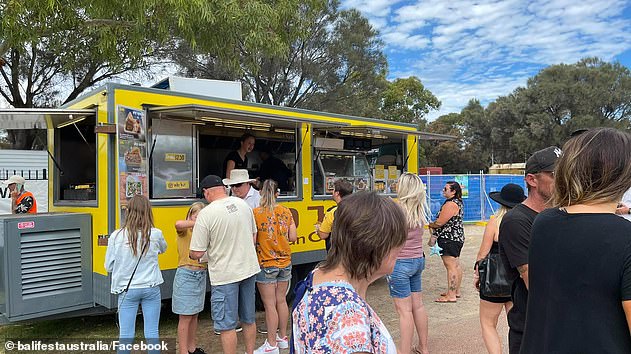 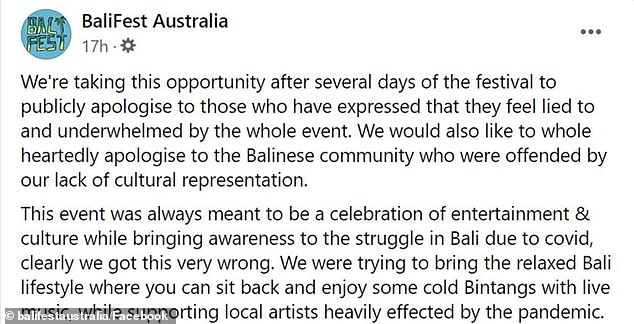 Part of the apology posted to Facebook by organisers of Bali Fest, in response to criticism

‘We would also like to publicly clarify that we will be honouring the donations to the Balinese Charities from ticket sales next week, and can only ask that those who receive refunds will donate to the cause themselves,’ organisers said on Facebook.

‘We are proud of our effort to fundraise but take every bit of feedback seriously and will use it as a lesson to improve and learn on our mistakes this time around.’

The event will continue for its final day on Tuesday as planned, however organisers said ‘due to the public dissatisfaction we have allowed some vendors to bump out and therefore we will not be running at full capacity’.

Those who visit Bali Fest on Tuesday can ‘attend free of charge’.