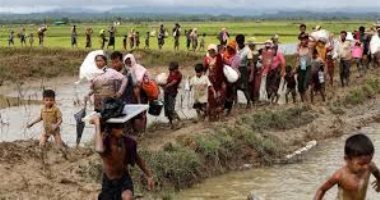 A naval official told Reuters that Bangladesh had begun transferring a second group of Muslim Rohingya refugees to a low-lying island in the Bay of Bengal on Tuesday, despite opposition from rights groups expressing concern that the island was vulnerable to flooding.

Koeman escapes the “Clasico penalty” after his criticism