Barbers and hair stylists across the UK are fully booked up for two weeks from when they reopen, as millions of Britons rush to get rid of their lockdown locks.

Salons can once again welcome customers back to the chair for the first time this year on April 12.

And it appears many are desperate to get back, with scores of businesses not having any remaining slots for haircuts.

Hair salons and barbers were forced to close their doors to customers when the country was plunged into its third lockdown on January 5.

Under the Government’s roadmap out of lockdown, hair salons will be allowed to reopen on April 12, along with shops and gyms. 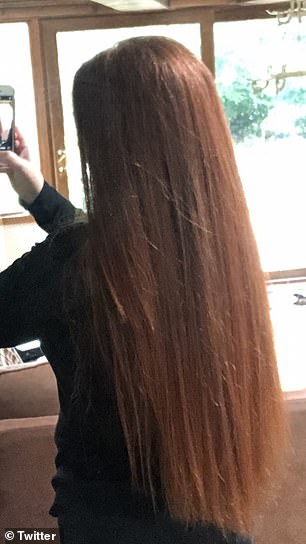 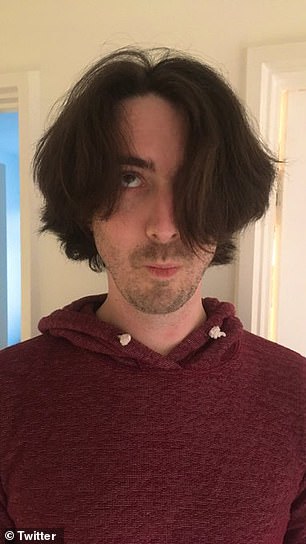 Brits can’t wait to get their hair cut once salons reopen on April 12. Pictured: Sarah Hamill has not had a cut for two years (left) and Adam Hay (right) shows off his lockdown locks on Twitter 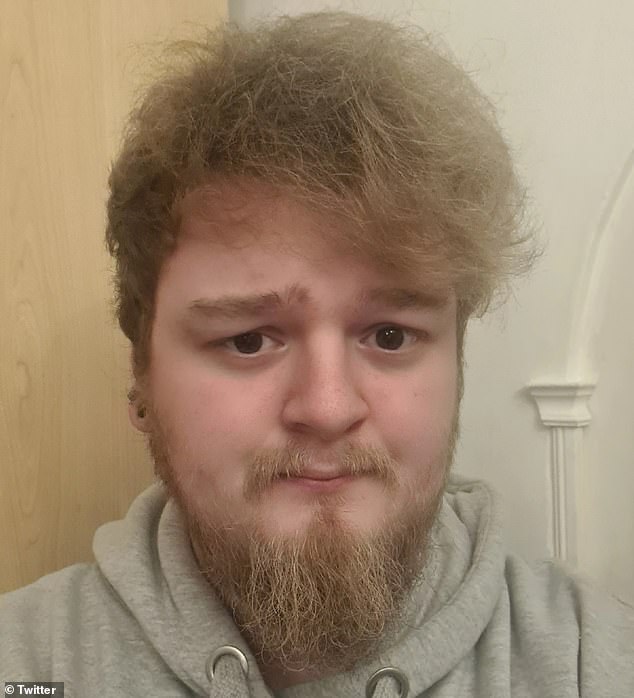 Pubs will also be allowed to serve pints and meals outdoors.

Since the pandemic began, hairdressers have had to bring in a host of new protective measures to ensure customers and staff are protected while they are open.

This has included Perspex screens and face masks as well as one way systems to ensure their premises are Covid secure.

Since the announcement that salons will reopen on April 12, Brits desperate for haircuts have snapped up appointment slots with many being fully booked for at least two weeks from April 12.

Jacks of London in Wimbledon as well as Bertie and Belle in Brighton are both fully booked from April 12.

Meanwhile, stylists at Toni & Guy branches across the UK are also booked solidly for weeks from the point of reopening, including in York, Manchester and Essex. 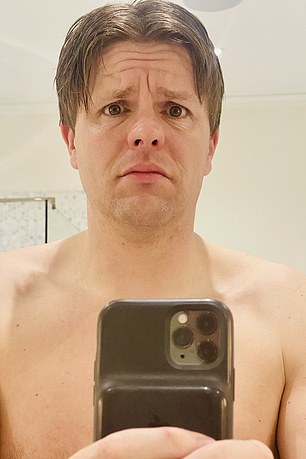 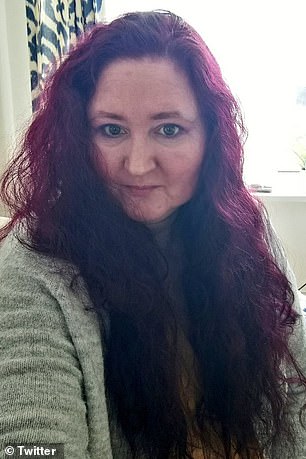 Booked: Top stylists at Toni and Guy in York (bottom) and Altrincham (top) are fully booked with no appointments for more than two weeks after they are allowed to reopen on April 12

The same applies to Rush salon chain where stylists have found themselves booked solidly for two weeks in towns and cities throughout the country.

Desperate Brits have taken to social media to share snaps of their lockdown locks which have grown wild and free since the closure of salons earlier this year.

With barbers and salons closed for most of the past year – and not set to open until April 12 – Brits have instead either been letting their barnet grow or have tried their hand at DIY hairdressing.

The reopening will come as a much-needed break after long periods of closure have put unprecedented strain on the sector.

Earlier this week, research revealed hairdressers have lost out on more than £4bn in the past year due to lockdown.

A study by Barclays found that the average British household – of which there are 28m – had saved a whopping £144 over the past 12 months on not going to the hairdresser. 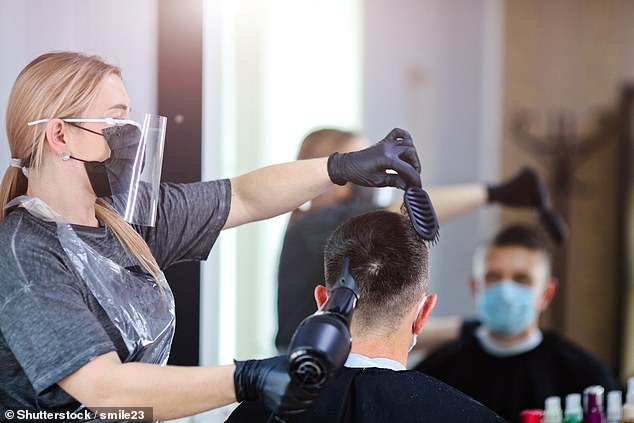 Since the pandemic began, salons have had to install a number of protective measures when they’ve been allowed to open including masks and Perspex screens as well as one way systems

Over the UK as a whole, that works out at just over £4bn-a-year we have not spent at a barbers or hairdressers since the first lockdown in March 2020.

The study even found that 47 per cent of the 2,000 Brits polled said they would continue to do their own hair ‘on occasion’ – although 44 per cent confessed to making a hair-do bungle.

A spokesman for Barclays said: ‘With hair salons and barbers set to reopen imminently, our research has revealed how Brits have saved around £4bn throughout the pandemic by giving themselves DIY hairdos in-between hairdressers’ doors being open.

She added: ‘Around 24 million Brits spent money buying hairdressing equipment so they could give their own and family members’ hair a spruce in the past year.’

Gillean Dooney, MD of Barclays, said: ‘As the country starts to open up again, our spending on those social and leisure activities we’ve been missing out on is no doubt set to increase.

‘Haircuts are high on the list for many, so, as we prepare to readjust back to some sense of normality, now is a great time to be proactive with managing our finances so we can get back into the swing of factoring in those expenses within our budgets.’

Earlier this year, a group of salon owners launched a campaign to urge the Government to urgently reduce VAT for salons, spas and other personal care businesses.

The campaign group, called Save Our Salons, is instructing salon owners across the country to write to their MP explaining the personal effect that the Covid-19 pandemic and multiple lockdowns have had on their businesses.

The group is asking for a cut in VAT rate from 20 per cent to 5 per cent in line with the reduction given to the hospitality sector.

Hellen Ward, one of the group’s founders and managing director of Richard Ward Hair & Metrospa in London, said: ‘Our industry is in crisis. Statistics suggest that nearly 8,000 salons will never reopen due to the pandemic.

‘When we translate that into jobs lost, the damage becomes unthinkable. We simply have to act to prevent any more heart-breaking harm. And we have to act now.’

Addiction almost killed AFL star Rod Owen, but he was hiding the agony of abuse

Why texting is GOOD for your teen: Smartphone addiction may boost children’s mental health