‘We are glad you were able to see the GOAT on your pitch’: Barcelona poke fun at absent Juventus star Cristiano Ronaldo as Lionel Messi leads Ronald Koeman’s to Champions League victory in Turin

Barcelona have poked fun at absent Juventus star Cristiano Ronaldo by suggesting that supporters got to watch the real ‘GOAT’ (Greatest Of All Time), Lionel Messi, in action on Wednesday night.

Fans were desperate to see the old rivals go head-to-head in Turin, but Ronaldo was ruled out of their Champions League clash after returning a third positive coronavirus test.

With the omission of Ronaldo, Giorgio Chiellini and Matthijs de Ligt from Juventus squad, Barcelona cruised to a 2-0 victory… and it didn’t take long for the Catalans to rub it in. 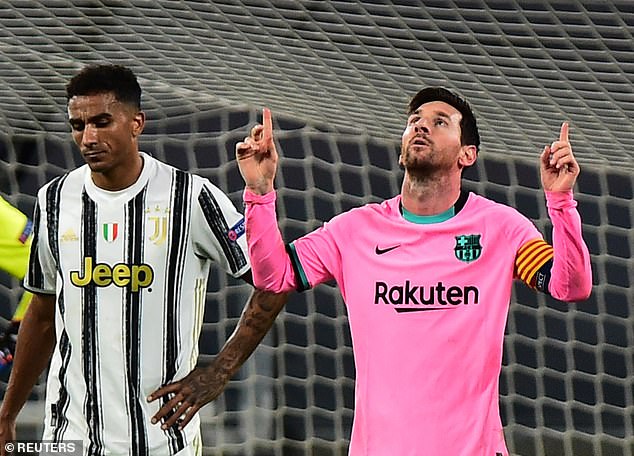 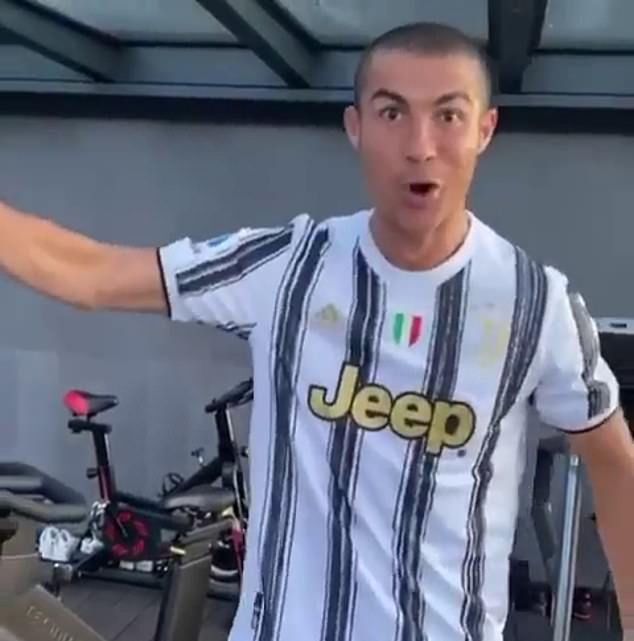 After the game Barcelona tweeted: ‘We are glad you were able to see the real goat (emoji) on your pitch @juventusfcen!’

To which Juventus replied: ‘You probably looked it up in the wrong dictionary. We’ll bring you the right one at Camp Nou.’

Messi did not disappoint on the European stage – setting up Ousmane Dembele for Barcelona’s first within 14 minutes, before finding the net himself with a stoppage time penalty to shut out the game.

Barca’s tweet is likely to have touched a nerve with Ronaldo – who took to Instagram to reveal that he was ‘feeling good and healthy’ on Wednesday morning as he called coronavirus testing ‘bull****’. 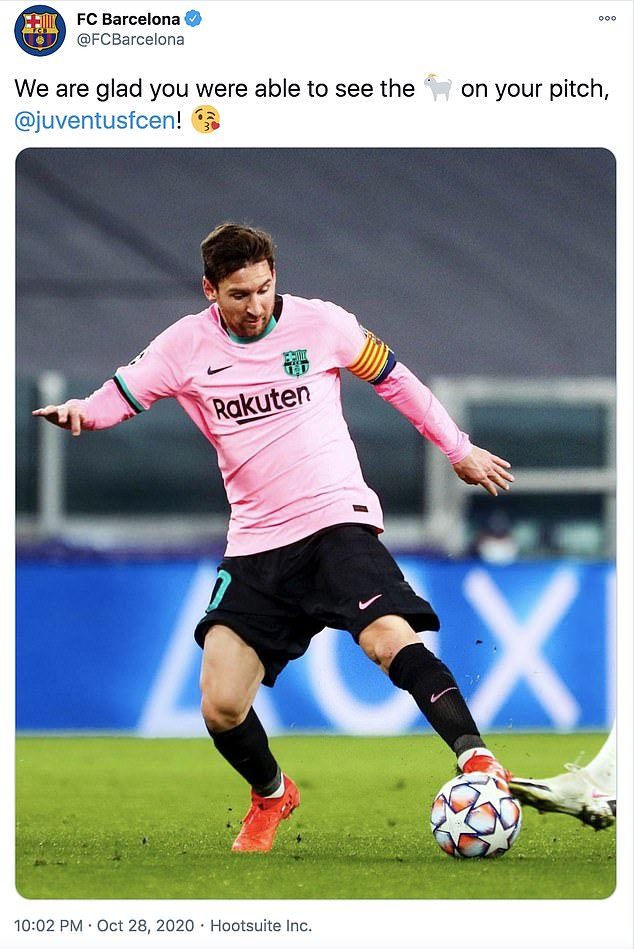 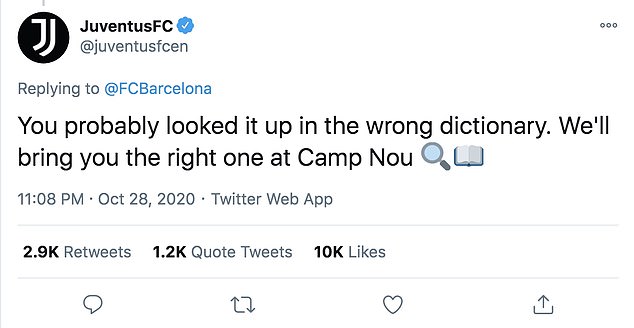 Ronaldo has been self-isolating at home in Italy since he tested positive for coronavirus while away on international duty with Portugal over two weeks ago.

Ronaldo was asymptomatic when he tested positive days after playing for Portugal against France and Spain and has continued to display no symptoms.

Friends have revealed that he ‘feels like a beast forced to stay in cage’ while frustrated in quarantine, revealed Tuttosport, as reported by Calciomercato.

US Election 2020: Will America’s race issue decide the next president?