Barcelona, ​​Real Madrid and Bilbao are appealing against the La Liga agreement with the Investment Fund 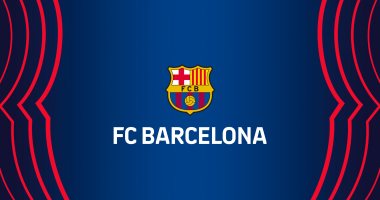 Real Madrid, Barcelona and Athletic Bilbao clubs issued a joint statement, in which they announced that they would file a grievance against the La Liga agreement with the International Investment Fund (CVC), after approving the agreement on August 12.

The statement read: “The clubs Athletic Bilbao, Barcelona and Real Madrid have informed that they have appealed the agreement adopted by the League of Nations on August 12, 2021, in relation to the process between LaLiga and the “CVC”, because it is an agreement that violates the provisions of the applicable regulations (in particular, by Among other things, Royal Decree Law 5/2015), which was adopted in the framework of an irregular and disrespectful procedure with the minimum guarantees required for these purposes, especially in the face of a process of such importance and duration.

The three clubs had announced their rejection of the agreement among 20 clubs, between “La Liga and an investment fund CVCEmployers will immediately pump 2,700 million euros into the competition and clubs.

Barcelona rejected the agreement at the time.

– FC Barcelona considers that the announced process has not been sufficiently verified with the clubs (TV rights holders); that its amount does not correspond to the years of the term and that part of the audiovisual rights of all clubs during the next fifty years will be affected.

– The club considers signing a half-century contract inappropriate given the uncertainties that have always surrounded the world of football.

– The terms of the contract that La Liga is talking about condemn the future of FC Barcelona in terms of audiovisual rights.

– FC Barcelona wants to show its surprise at an agreement promoted by La Liga where it does not have the standards of teams, like FC Barcelona itself, and does not even offer options among more competitors to be able to weigh the advantages and disadvantages in a scenario. With many questions like after the corona pandemic.

Don’t forget vitamin F protects against heart disease and diabetes.. Learn about its most important sources