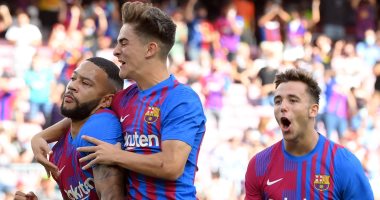 Dutch duo Memphis Depay and Luke de Jong set a La Liga record after scoring two goals, Barcelona’s lead over its guest Levante, in the match currently being held at the Camp Nou, the stronghold of the Catalan team, in the seventh round of the Spanish league competition “La Liga” in the season. Ongoing 2021-2022.