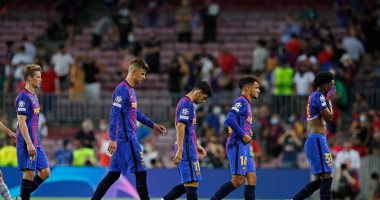 The global network “Opta” specialized in football statistics and numbers revealed a historical negative number that occurs for the first time for the Spanish club Barcelona, ​​​​after the heavy defeat that the Catalan team suffered for Bayern Munich 0-3 in the match that was held on Tuesday evening at the “Camp Nou” stadium. Group E in the UEFA Champions League for the current season 2021/2022.

This is the first match for the Catalan team in the Champions League without Argentine star Lionel Messi, who left during the last summer transfers to Paris Saint-Germain.