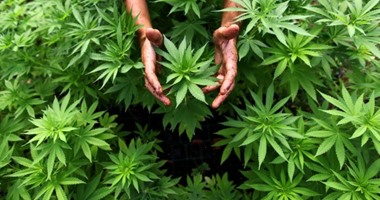 
Barcelona National Police have arrested 8 people on charges of planting marijuana inside an industrial warehouse, including three detainees from the same family, according to the Spanish newspaper “La Panjordia”.

The newspaper pointed out that, according to police investigations, the industrial warehouse was underground and had a sound insulation, so that no one in the neighborhood would notice it, and its value was estimated at more than 130,000 euros, and it was a nursery for growing marijuana and its varieties.

In the operation, members of the National Police arrested eight people of Spanish nationality, including three members of the same family as those who bear the greatest responsibility for the marijuana plantation, and who in turn cooperated with the other five accomplices in these criminal acts accused of crimes against public health and fraud. In electricity and belonging to a criminal organization.

Once the data provided was verified, and thanks to the company’s electricity consumption measurements, it was confirmed that there was an extremely high energy consumption that could be compatible with a marijuana farm.

It must be added to this that the consumption is not controlled by any meter, so it will be fraudulently linked to the public link with the consequent fire risk.

The entry and registration authorized by the competent court revealed the existence of a highly specialized and complex facility, containing different rooms to improve the farm as much as possible, and they used two rooms on the ground floor to grow larger plants, while the upper room was divided into four rooms, three rooms for growth and the fourth for growth and storage tools.

The cultivation rooms were carefully lined and soundproofed, with all sorts of devices such as humidifier reflectors and ozone filters, with the aim of improving production as much as possible as well as avoiding detection of the vicinity.

The large size of the plants and the width of the pieces found indicate that the farm is operating, in addition to selling the material, as a cannabis nursery, in addition to more than 61,000 marijuana plants, police confiscated during the inspection many items such as 360 light tubes, 140 transformers, 70 fans and 21 industrial filters Anti-odor.

Warnings about Pyongyang soon to test a new ICBM