The 18-year-old wonderkid was withdrawn at half-time of the club’s 5-2 win over Real Betis on November 7 due to a meniscus injury.

Fati went into surgery on Monday and the club confirmed that he will miss four months of action as he recovers. 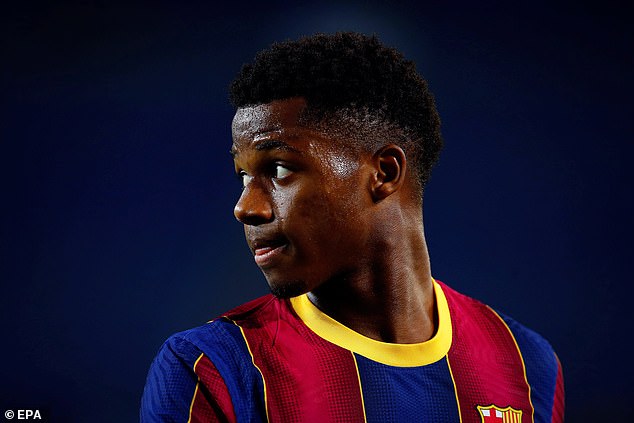 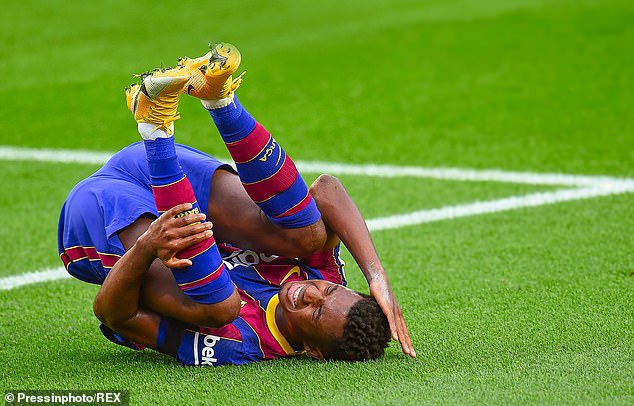 It is a bitter blow for Ronald Koeman’s side as Fati has scored or assisted 40 percent of Barcelona’s goals so far this season.

And as reported by Cadena Cope, the Spaniard had to spend the rest of the week in hospital so that his initial recovery could be supervised by medical professionals.

They have now confirmed he was discharged on Friday afternoon so he can continue his recovery and rehabilitation at home.

Fati first broke into the Barcelona squad last season and has become a regular scoring 13 goals in 43 appearances.

He has also broken into the Spanish national team for the first time, scoring on his first international start to become the country’s youngest ever goalscorer.

His injury has left Barcelona with big questions to be answered as they aim to claw back the LaLiga title off Real Madrid and improve in the Champions League. 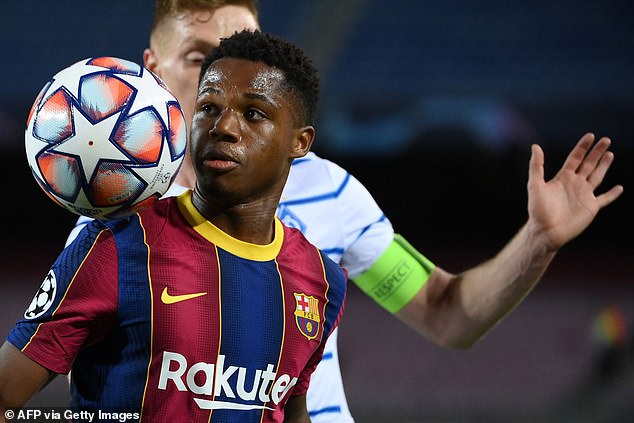 Fati’s absence is likely to give Ousmane Dembele another run in the squad after the Frenchman’s string of injuries since his arrival at the club in 2017.

An alternative option could be to promote talented American Konrad De La Fuente or use 17-year-old talent Pedri more regularly.

Barcelona were strongly been linked with Lyon winger Memphis Depay over the summer and could look to reignite their interest with the man who played under Koeman for the Dutch national team.