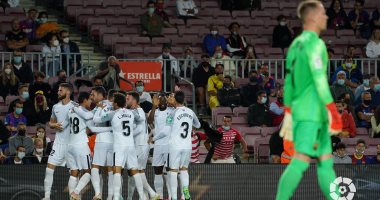 Barcelona, ​​the Spanish team, was late against its guest Granada, with a goal free of charge, in the confrontation being held between them at the “Camp Nou” stadium, in the fifth round of the Spanish League competition “La Liga” in the current season 2021-2022.

Domingos Duarte scored Granada’s lead in the 2nd minute of the match, the fastest goal for the Andalusian team against Barcelona, ​​which came after 85 seconds, since Ramon Aziz’s goal on September 21, 2019 after 93 seconds.

Koeman had stated in the press conference before the match that “Barcelona is able to win any match, but there must be an active role in the attack as well as the defense, and I am not afraid to play with a group of young players, because Barcelona cannot control it, but we will always find opponents of the approach.” and style”.