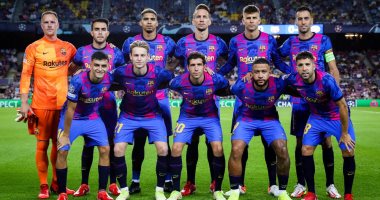 Barcelona’s Memphis Depay scored the first goal against Levante, through a penalty kick, in the seventh minute of the match, which is currently being held at the Camp Nou, the stronghold of the Catalan team, in the seventh round of the Spanish league competition “La Liga” of the season. The ongoing 2021-2022, then Luc de Jong added the second for Barca in the 14th minute of the meeting.

Koeman, who is facing the specter of being sacked by Barcelona, ​​will manage the Levante match from the stands after the Spanish Football Federation’s competition committee announced a two-match suspension after he was sent off during the Cadiz match.