Barcelona have confirmed that Philippe Coutinho picked up a hamstring injury during El Clasico defeat to Real Madrid on Saturday.

The Catalans were beaten 3-1 by their arch rivals over the weekend but their misery has been compounded by the loss of one of their key attacking stars.

In a statement on the club’s official website, Barcelona did not confirm how long Coutinho will be out for as ‘it depends on how the injury evolves. 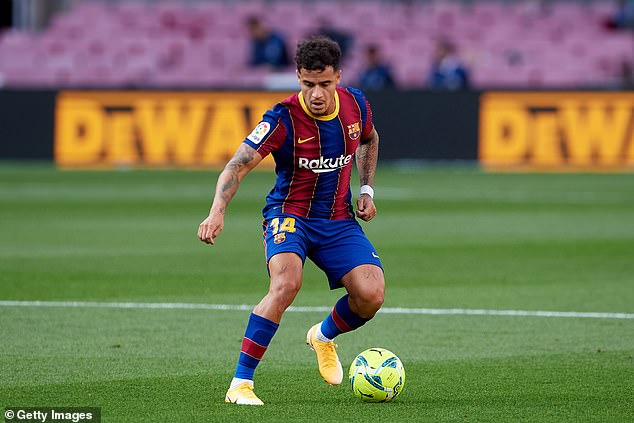 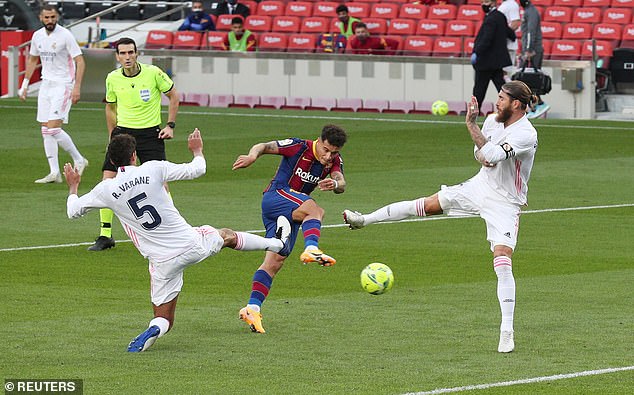 But according to Spanish news outlet AS, the Brazilian attacker is expected to be out for three weeks – which will rule him out for crucial LaLiga and Champions League matches.

Barcelona’s next game sees them travel to last season’s Serie A champions Juventus in Europe’s premier club competition, while Coutinho could also miss the league trip to Alaves next weekend as well as home ties with Dynamo Kiev and Real Betis.

Catalans boss Ronald Koeman will be hoping the Brazilian star can recover in time for Barcelona’s trip to Atletico Madrid on November 22, which will be a pivotal match for the club’s title chances after a slow start to the campaign. 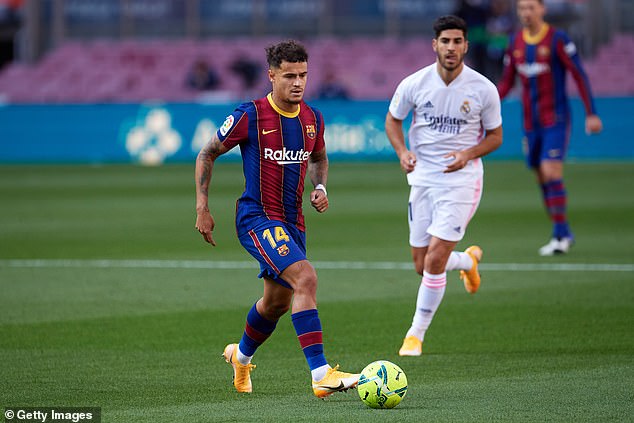 Teenage midfielder Pedri started the El Clasico match-up on the opposite wing to Philippe Coutinho so could also be given more minutes while wide options Ousmane Dembele and Francisco Trincao are alternative wide options.

Coutinho played the full 90 minutes of the El Clasico contest at the Camp Nou, which saw Barcelona fall behind early on to Fede Valverde’s opener after five minutes. 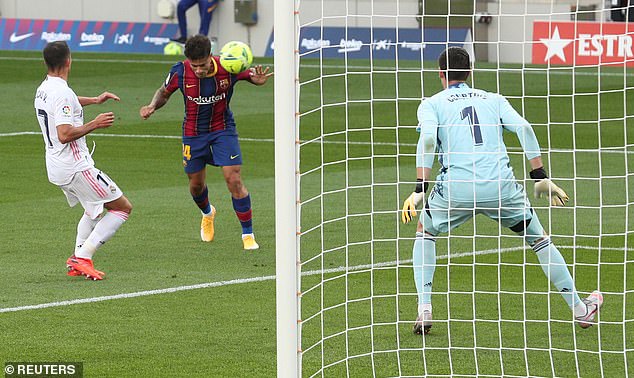 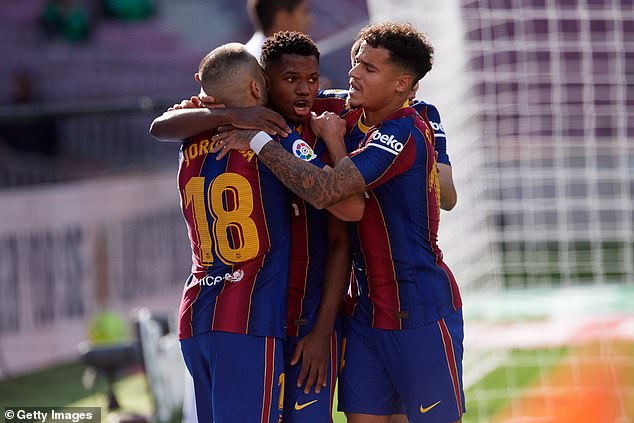 The home side equalised just three minutes later through teenage sensation Fati and Coutinho nearly gave his side the lead in the second-half but missed a gilt-edged header from inside the penalty area.

Sergio Ramos won then scored a penalty go edge Zinedine Zidane’s Madrid side back in front before Luka Modric won the tie late on with a superb individual effort.

The result saw Madrid go to the top of the table on Saturday night, with Barcelona six points behind in 12th place after back-to-back league defeats.

Lawyer who overcame cancer drowned herself in a river after father died from covid-19, inquest hears