Barnsley defender Bambo Diaby has been banned from football for two years after breaching the Football Association’s anti-doping regulations.

Diaby admitted the charge but did not establish how the substance entered his system, leading to a suspension from all football-related activity until January 16, 2022. This is two years from the date of his provisional suspension earlier this year. 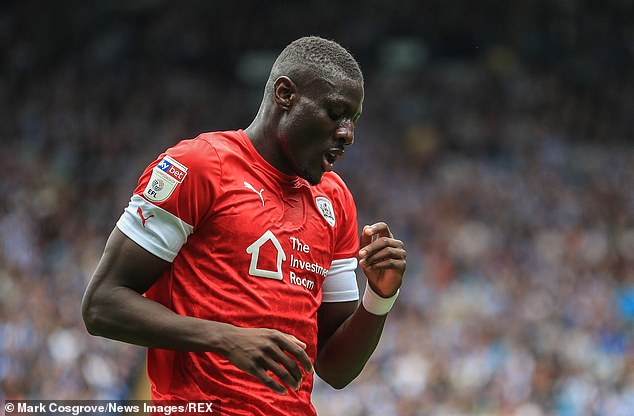 He was found not guilty by the FA’s regulatory commission of knowingly ingesting a banned substance.

The Championship club confirmed the termination of Diaby’s contract by mutual consent following the FA’s decision.

Higenamine, which is increasingly found in dietary supplements, is classified as ‘prohibited at all times’ in competition by the World Anti-Doping Agency.

Diaby, who signed for Barnsley from the Belgian club Lokeren in July 2019 and played 22 times for the club, wrote an open letter to fans of the Yorkshire club following his ban.

He said: ‘I maintain my innocence, something the FA have acknowledged themselves but I must handle this decision with my family and look forward to a brighter future.

‘And you never know what may happen. I will never give in on one day pulling that shirt back on.

‘I have been inundated with messages of support from Reds fans throughout this ordeal and you will never appreciate just how much this meant to me during a difficult time. 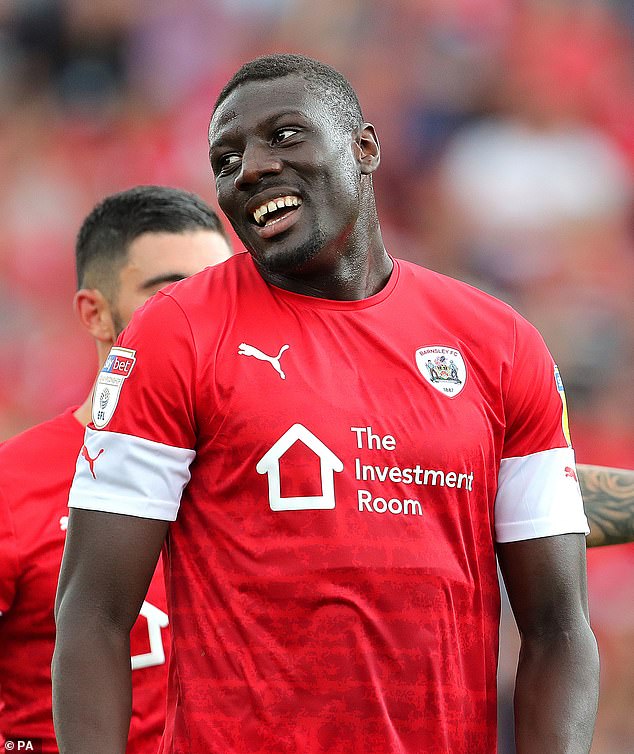 ‘From my first moment at this great club, I was welcomed with open arms by staff, players and the whole community of Barnsley.’

An FA statement read: ‘Bambo Diaby has been suspended from all football and football-related activity for two years following a breach of The FA’s Anti-Doping Regulations.

‘The Barnsley FC defender provided an in-competition urine sample to The FA and UK Anti-Doping officials on 23 November 2019 that was found to contain Higenamine once analysed.

‘The World Anti-Doping Agency classifies Higenamine as a prohibited substance at all times and he was subsequently charged by The FA for a breach of its Anti-Doping Regulations.

‘While Bambo Diaby admitted the charge, he did not establish how the Higenamine entered his system. As such, an independent Regulatory Commission imposed the mandatory two-year ban.

‘The suspension is effective from the date of the player’s provisional suspension on 17 January 2020 and will run up to and including 16 January 2022.’