Football does not always reward what is deserved. German giants with a bench full of international stars such as Leroy Sane up against an ambitious Austrian side full of vim and excitement.

On another night, it would not be unreasonable to see Salzburg at least two goals to the good at half-time and an iron grip on the contest.

But football and fairness are not interchangeable, and Bayern delivered a lesson in opportunism. Robert Lewandowski’s tap-in before half-time delivered the sucker-punch, as Sane and a harsh Max Wober own goal added gloss to a scoreline which didn’t reflect what played out. 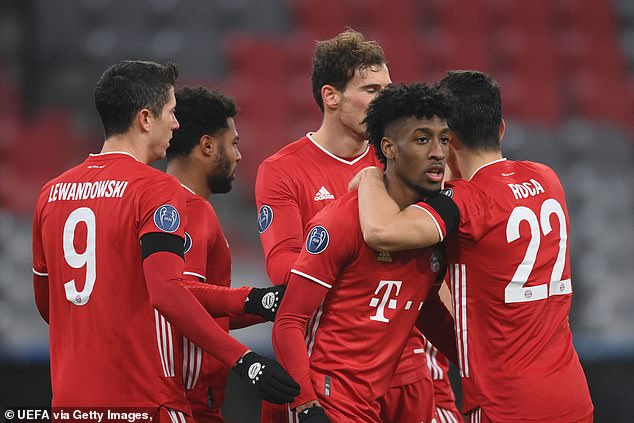 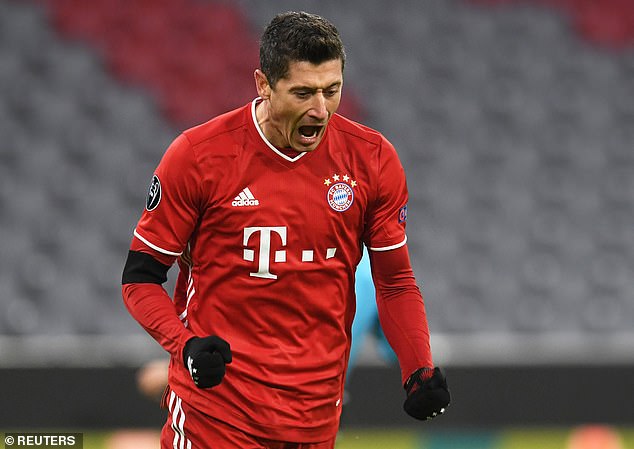 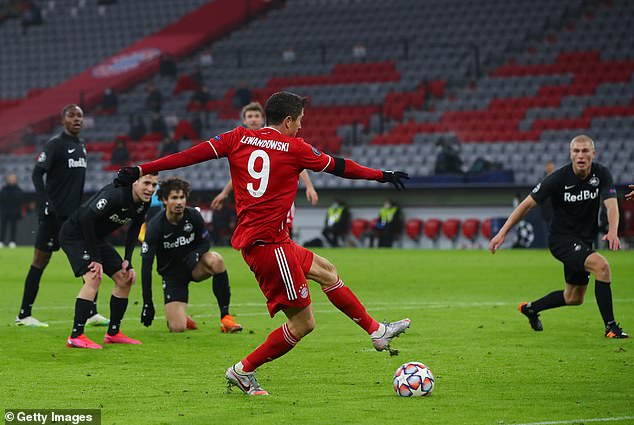 Salzburg had their tale’s up when Marc Roca received a second yellow for a reckless challenge and dragged one back through Mergim Berisha, but a plethora of missed chances, including an awful Dominik Szoboszlai blast over, sealed their fate.

As a minute’s silence filled the Allianz Arena in tribute to the death of Argentinian legend Diego Maradona, a level of intrigue could be felt before a ball had been kicked. 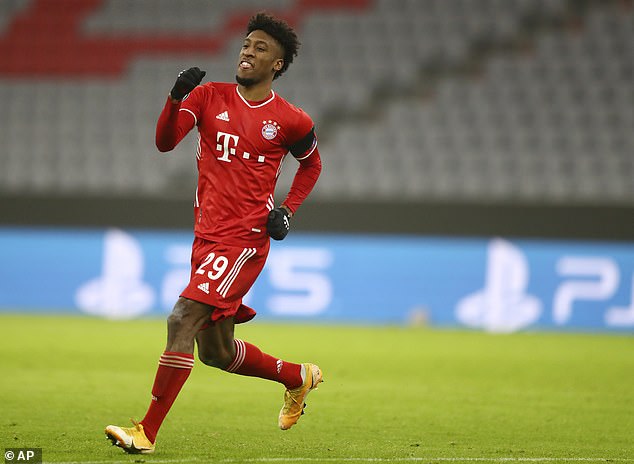 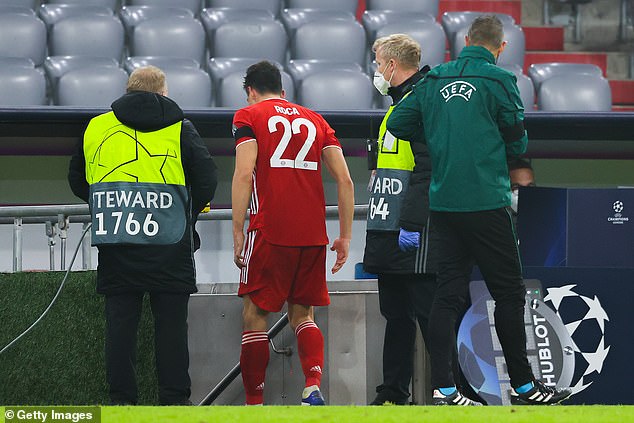 But ahead of kick-off, Bayern’s options were more third string than first.

This was not a Bavarian side in the same realm as its starting XI just three weeks prior which eviscerated Salzburg 6-2 — dynamic midfield duo Joshua Kimmich and Corentin Tolisso were both out injured, as well as defenders Niklas Sule and Lucas Hernandez to leave the defensive line largely suspect.

Chris Richards was making his Bayern champions league debut at the back.

And it didn’t take long for the Salzburg forward line to investigate.

Mohamed Kamara sent a whizzing shot at Manuel Neuer from outside the box just two minutes in — the Austrian side’s stall was set.

A string of offensive presses high up the pitch from the away side started to build the early momentum.

The early script of one-way home traffic was starting to look misjudged.

But when Bayern had possession of the ball in their opponent’s half, a reminder of the quality upfront wasn’t far away.

A Coman drag back found Serge Gnaby free on the edge of the box. As the German applied control, the next step wasn’t quite required as the ball agonisingly curled wide of the top right corner on 10 minutes.

Lewandowski entered the fray soon enough and saw his shot fly high over the bar. But it was a warning of things to come.

Salzburg soon enough threw caution to the wind, sensing an early goal in reach through the shaky sideway passes across the Bayern defence.

Sekou Koita capitalised on a David Alaba moment of panic on 15 minutes to play a sublime floor pass through to forward Berisha, who took the ball on his left and struck it into Neuer’s mid-riff.

The ball ricocheted over to Enock Mwepu who turned like a London bus, allowing Neuer back in position to save the tame shot. Less than a minute later, Berisha had an opportune moment to redeem himself from a perfectly-weighted Szoboszlai aerial cross.

But Alaba had his slice of redemption as he stormed in to knock the attacker off his equilibrium.

Bayern grew into the contest as the first half went on — Lewandowski having more and more a taste of possession.

He bulldozed his way into the box on the half-hour mark but his cross was cleared by Wober off the line. At the other end, Hungarian hero Szoboszlai who propelled his national side to Euro 2020 became a villain. 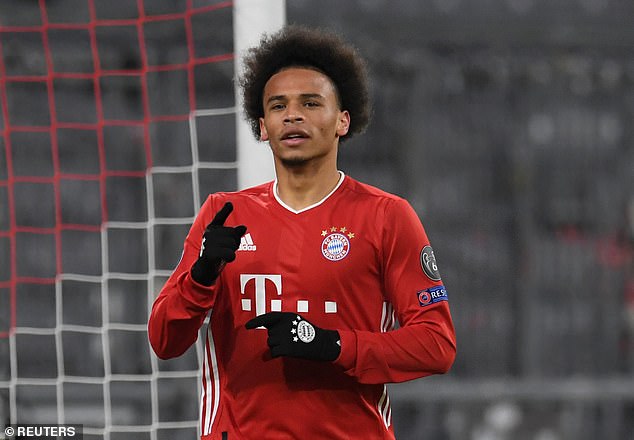 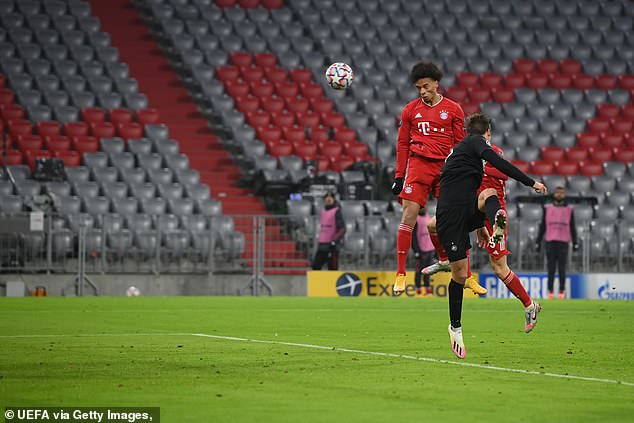 An impetus cross from Berisha fell at the forward’s feet in a golden one-on-one chance with Neuer, but he could only blaze the ball into row Z.

Lewandowski’s next foray forward just before half-time wasn’t as forgiving. Goalkeeper Cican Stankovic closed down Thomas Muller’s strike, only for the ball to fall to the Pole and he made no mistake to pass into the net.

It equated to a half-time punch in the gut for the away side, who had thrown away a glut of chances.

Salzburg came out on the front foot but the fight began to be gradually kicked out of them.

Mwepu won a free-kick which Szoboszlai harmlessly shot over, and then Berisha twisted and shot at Neuer.

The Bavarians marched forward and made it two goals to the good on 51 minutes in fortunate circumstances.

A Kingsley Coman goal-bound shot deflected off Wober to fly past Stankovic, in an effort which the keeper looked to have had covered.

The match looked to have pivoted a degree or to when Bayern midfielder Marc Roca received a second yellow for a reckless challenge on Zlatko Junuzovic. 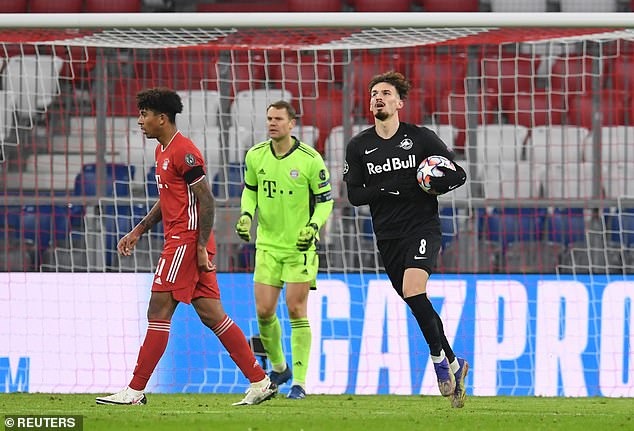 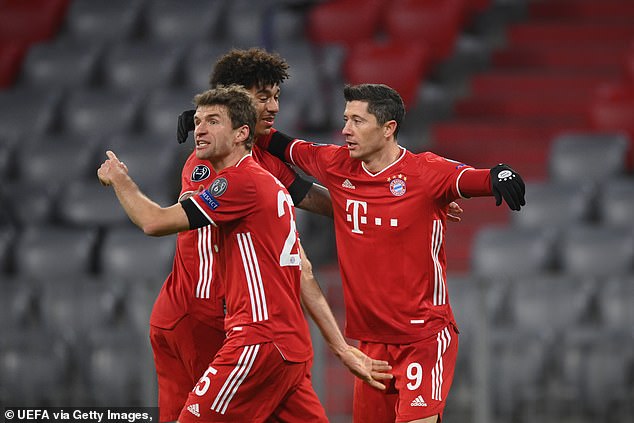 Think again — ex-Manchester City forward Leroy Sane, who had come off the bench just minutes before Roca’s dismissal, sprinted into the box to powerfully head home and increase the goal cushion.

This Salzburg side were full of conviction and spirit in the face of football’s harsh realities.

They were not leaving Germany without a fight. Mwepu had his shot saved at point-blank range but Berisha wouldn’t be denied three minutes later to slide home a neat Rasmus Kristensen cross.

It was checked by VAR for what felt like an age but justice was this time on their side.

They pressed for more but left with knowledge that on a another night, it could have been so much different.

Black Friday: Why not save money with a refurbished Samsung Galaxy smartphone, Apple iPhone or laptop?