Bayern Munich 4-3 Hertha Berlin: Robert Lewandowski to the rescue as striker scores last-gasp winner from the penalty spot for his FOURTH of the game as Bundesliga giants edge visitors out in thrilling clash

Bayern Munich‘s Robert Lewandowski scored four goals including a stoppage-time penalty to give the German champions a 4-3 home win over Hertha Berlin in a pulsating Bundesliga clash on Sunday.

The result left Bayern fourth in the standings on six points from three games, one behind the top three led by Leipzig on goal difference, while Hertha slipped to 13th on four points.

The sides had a goal each ruled out for offside before Lewandowski fired Bayern into a 40th-minute lead, drilling in a Serge Gnabry cross after goalkeeper Alexander Schwolow had saved his header. 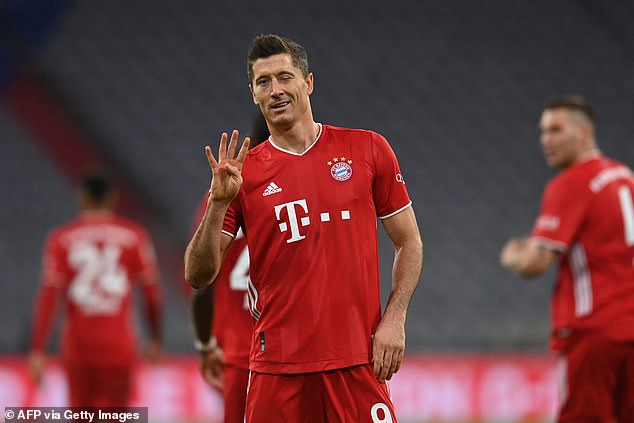 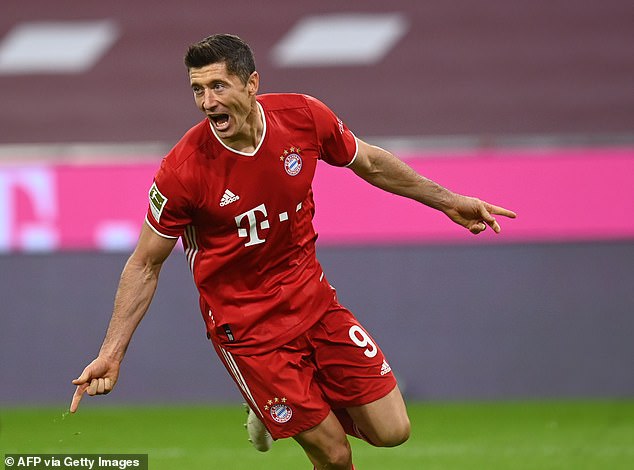 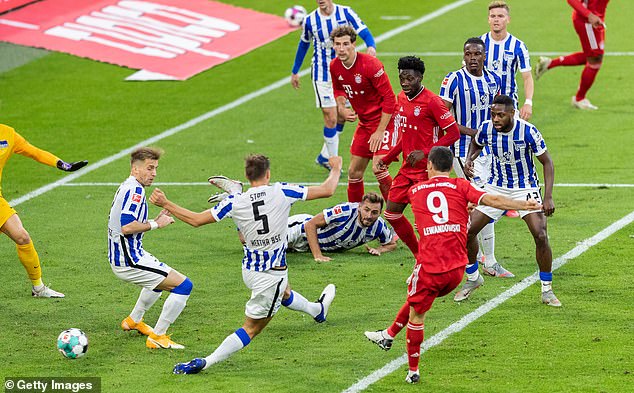 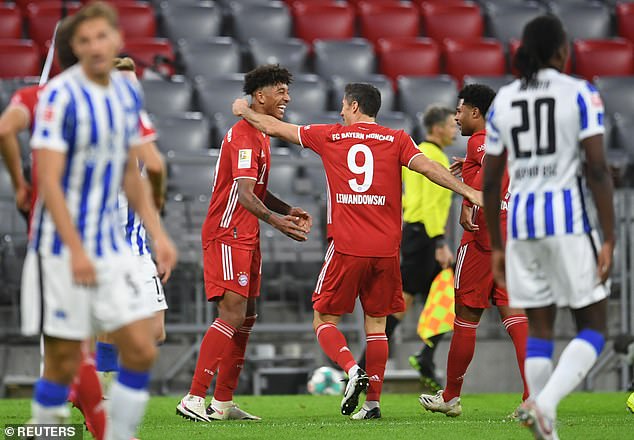 Bayern seemed to be in cruise control after Lewandowski made it 2-0 with a superb shot on the turn from the edge of the penalty area in the 51st, but the visitors had other ideas.

Jhon Cordoba pulled one back with a towering header which Bayern keeper Manuel Neuer could not keep out and Matheus Cunha equalised after muscling his way past several defenders to steer a low shot into the bottom corner.

That set up a frantic climax, with Lewandowski again taking centre stage and boosting his tally to 103 goals in 98 home games for Bayern at the Allianz Arena.

He popped up at the far post in the 85th minute to tap in a cross from the right but Bayern’s joy was short-lived as substitute Jessic Ngankam levelled three minutes later with his first touch of the ball. 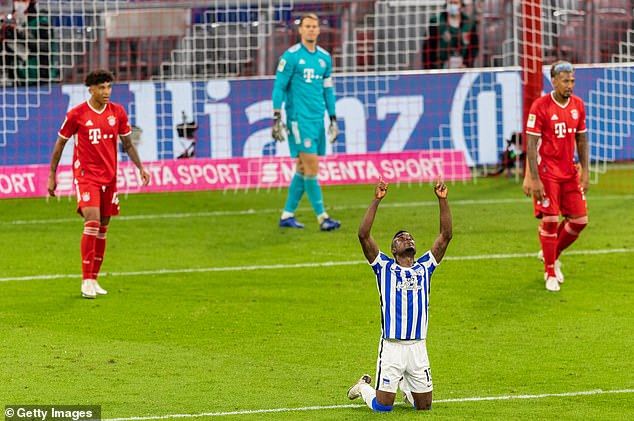 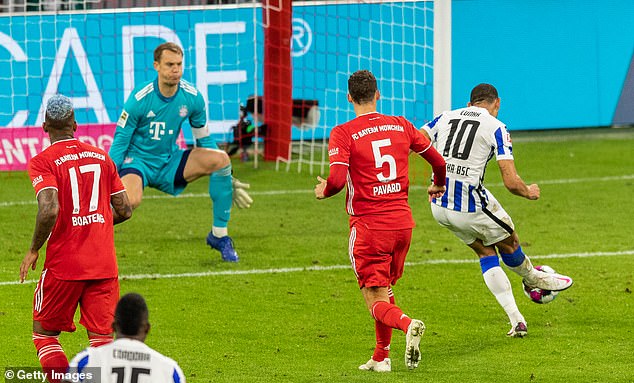 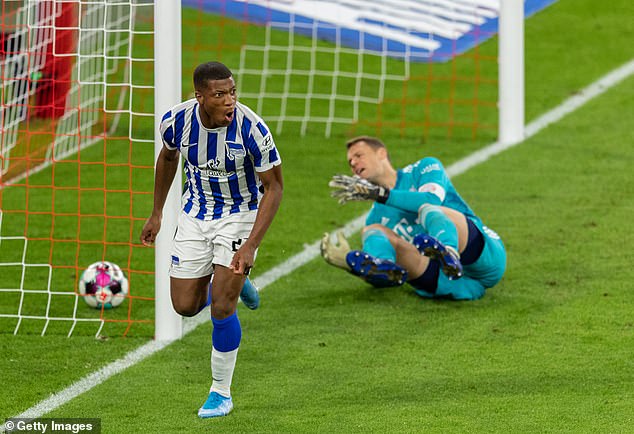 The 20-year old Ngankam netted his first Bundesliga goal with a diving header after a cross from the left, only for Hertha to see what would have been a well-deserved draw slip from their grasp.

Bayern and Lewandowski had the last laugh as the prolific Polish striker dispatched his spot-kick into the bottom left corner after he was hauled down by Maximilian Mittelstaedt. 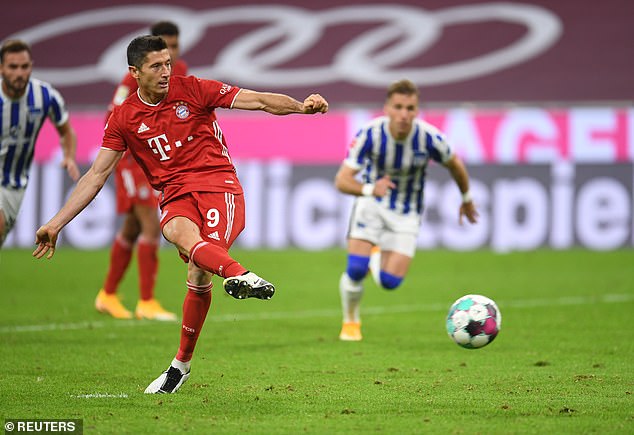 Waldorf Astoria hotel will auction off 80,000 items in ‘once-in-a-lifetime’ event

Optimizing Movement: The Key to Unlocking Incredible Performance and Durability!

Optimizing Movement: The Key to Unlocking Incredible Performance and Durability!

The Royal Wedding was a modest affair… apart from the fashion chaos, writes ROY STRONG

Small holiday celebrations just might be better than large ones. Here's why

A player in the Turkish league suffers an injury, the first of its kind in the world of sports

Free fall of Donald Trump’s business revenues … and the last: the post cost me a great fortune