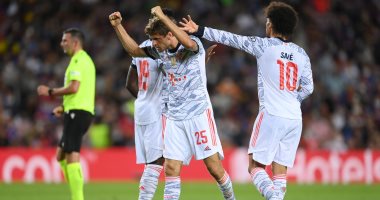 The German team, Bayern Munich, achieved a great victory over its Spanish host Barcelona, ​​by three goals without return, in the confrontation that brought them together this evening, Tuesday, at the Camp Nou, in the first round of Group E of the Champions League for the current season 2021. 2022.