Michael B. Jordan is reclining on a sofa. Or perhaps it’s a giant beanbag… it’s hard to tell. But whatever his seat, the Hollywood star of the Adonis Creed boxing movies — and Black Panther — is so laid back he’s almost horizontal.

It’s mid-afternoon in Los Angeles, and Jordan has been excused from filming the Denzel Washington-directed picture A Journal For Jordan, so he can discuss his latest release: a big, fun, kick-ass blockbuster action tale called Tom Clancy’s Without Remorse.

Made for cinemas, the movie was sold by Paramount to Amazon for a couple of hundred million dollars; and will stream on Amazon Prime Video from April 30.

I read Clancy’s book back in 1993. It was set during the Vietnam War, and involved one of his signature tough guys, Navy Seal John Kelly. 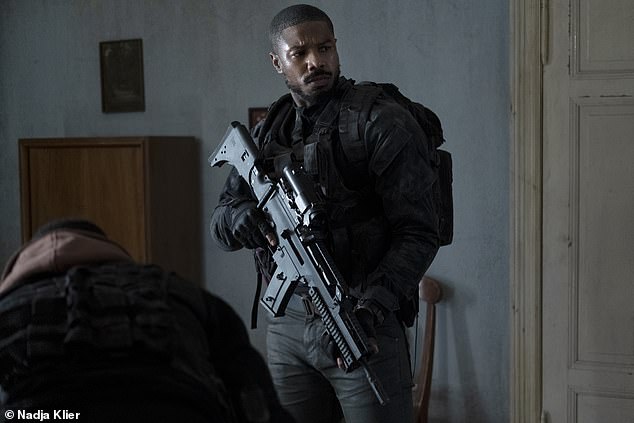 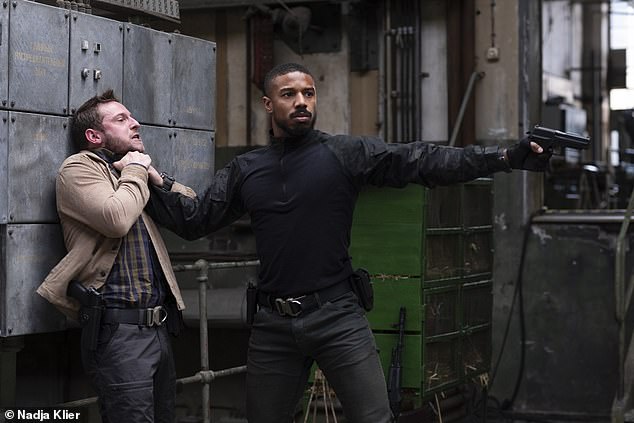 Made for cinemas, the movie was sold by Paramount to Amazon for a couple of hundred million dollars; and will stream on Amazon Prime Video from April 30

During the intervening years, many adaptations were penned. ‘The script had been around for a few years when I came across it,’ Jordan agreed, as he explained how he’d been looking for a vehicle for himself, to start a franchise with.

‘Sometimes, if these stories are floating around for a while, you need fresh eyes to tell the story from a different perspective — to make it current.’

Well, it’s certainly that. The film is now set in Washington (during the time of Trump), Syria and Russia.

Jordan’s first task was to ‘craft the physique around the character’, because there’s ‘regular shape and movie shape’. And John Kelly required the latter.

Jordan sculpted his body with a regime involving a diet designed to keep him trim ‘but still keep the muscle’, and exercise. A lot of exercise. Military training, diving, and hand-to-hand combat. Until he could feel himself becoming Kelly. 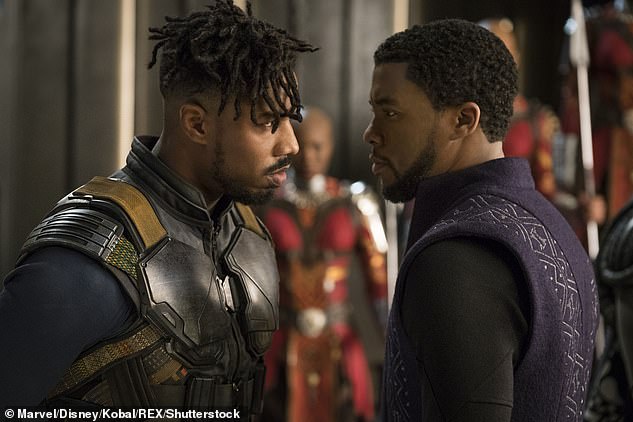 He also starred in Black Panther in 2018 alongside Chadwick Boseman

‘He’s the kind of guy who, whenever he puts his mind to it, usually gets it done,’ he said of his character. ‘And he’s a guy you don’t really want to cross.’

Of that I was in no doubt. John Kelly is brutal. He has lost those closest to him and, as the title puts it, he’s out for revenge.

Without Remorse is packed with blood and bullets — but also humour. Jodie Turner-Smith plays Kelly’s commander, Karen Greer, and she’s all-action too. ‘We didn’t want to go the obvious easy route,’ Jordan told me. ‘There’s no room for romance. But at the same time, she’s a strong capable woman who goes from war rooms with the generals out to the field.’

Jamie Bell, an old friend from their Fantastic Four days, is also in the film, playing a shady CIA operative.

Jordan hopes to bring back his character in the next Clancy book Rainbow Six (though Kelly will undergo a name change… to John Clark). 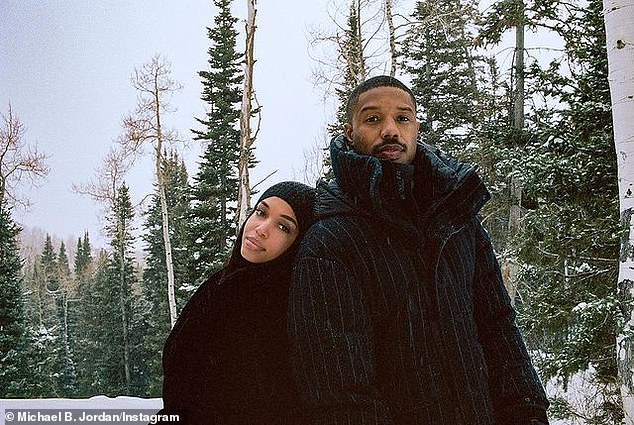 BAZ BAMIGBOYE: ‘I tell him that he looks and sounds like a man in love himself (he’s dating Lori Harvey)’

It’s all a far cry from A Journal For Jordan, which is based on an article journalist Dana Canedy wrote in the New York Times, about letters her partner — a marine stationed in Baghdad — wrote to their infant son.

He told me he enjoyed being directed by Washington ‘up close and personal’; and picked up a lot of tips for when he makes his own directorial debut this year for Creed III.

He described the film as ‘lessons from a father to a son — all the things you want to tell, and give. He may not get to experience these things with his son, so he wrote them down’.

But it’s also a story about ‘what it is to fall in love’. I tell him that he looks and sounds like a man in love himself (he’s dating Lori Harvey). ‘Hey, man,’ he responded, as he moved closer to the Zoom screen. ‘I’m in a great place.’ Grinning from ear to ear, he added: ‘My smile says a lot.’

Fisherman’s Friends: The Musical, reinterpreted from the 2019 film by director James Grieve and writer Brad Birch, will run at Truro’s splendidly refurbished Hall for Cornwall from October 13-30, with tickets going on general sale on May 11 (hallforcornwall.co.uk).

The show will then tour — hopefully making anchor in the West End. Then tours again into 2023.

Kelly Gough, who starred in The Fall and Marcella, plays Alice in Bruntwood Prize-winning playwright Phoebe Éclair-Powell’s powerful monologue Harm, about the dangers of obsession.

Directed by Atri Banerjee, it will be at the Bush, West London, from May 17. A BBC4 filmed version with Leanne Best — part of BBC Arts’ Lights Up season of theatre drama — is on BBC iPlayer. 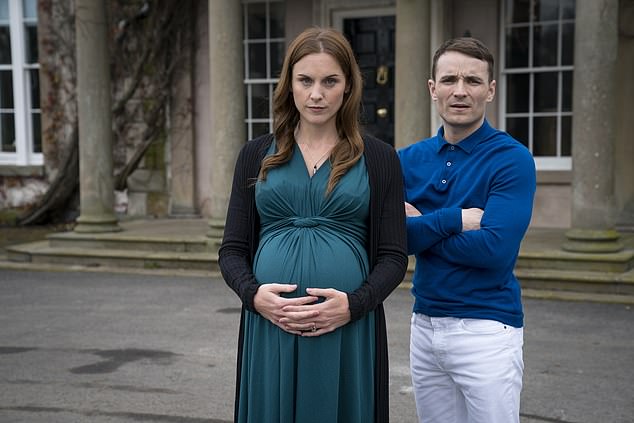 Kelly Gough, who starred in The Fall and Marcella (above), plays Alice in Bruntwood Prize-winning playwright Phoebe Éclair-Powell’s powerful monologue Harm, about the dangers of obsession

Interviewing for a job has extended been a demanding working experience, with candidates understanding that the slightest mistake—in apparel, angle, or even a comment—can lead to failure.What’s reasonably...