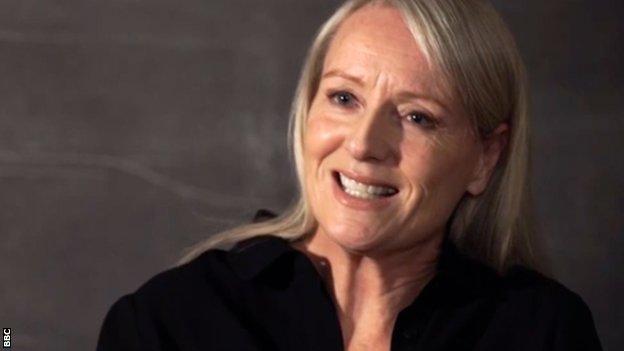 The BBC has strongly condemned the online abuse experienced by reporter Sonja McLaughlan after the live broadcast of Wales’ 40-24 Six Nations win over England in Cardiff.

She said she had been inundated with abusive comments afterwards.

The BBC has issued a statement in support of McLaughlan.

“Sonja has long been a key member of our Six Nations team and she absolutely has our full support.”

After the match, McLaughlan wrote on Twitter: “Toxic, embarrassing, disgraceful, appalling. Just some of the feedback I’ve had.

“Thanks for using @ sign so it’s all hit home … Now imagine getting inundated with abuse for doing your job. In my car crying. Hope you’re happy.”

In a reply to the post, England Rugby said: “Sonja, we are really sorry to hear this and hope you are OK. Abuse for doing your job is not OK and we stand with you.

“We will see you for the next one. Hold your head high and know you have our support.”

A post from the official Six Nations account read: “Sonja, we join with the rest of the rugby community to say that this is not OK. Respect is a value of rugby we hold in the highest regard.

“Abuse of public figures or members of the media on social media or anywhere else is not acceptable.”