BBC stars ‘to be forced to disclose outside earnings’ 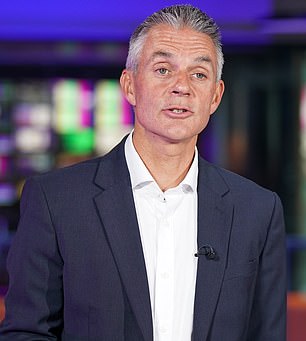 The BBC is reportedly set to introduce a Parliament-style register of outside earnings for its stars.

New director-general Tim Davie will bring in the rule as part of a crackdown on alleged bias at the broadcaster, according to the Daily Telegraph.

Davie had previously said there would be a ‘clearer direction on the declaration of external interests’.

As it stands, there is no central database of BBC employees’ outside work and they do not have to disclose how much they earn.

Davie hopes the register of interests will shame stars and prevent them accepting such jobs, according to the Telegraph.

The BBC has also introduced new rules regarding its employees’ use of social media, which will be published on Thursday.

Davie is reportedly expected to say impartiality is the ‘bedrock’ of the BBC and needs to be observed both on and off-air.

Staff will be supplied with a list of ‘dos and don’ts,’ according to the Telegraph, and the rules will be backed by enforcement measures which may include disciplinary action and, in extreme cases, the sack.

Davie warned BBC staff over their use of social media in September.

Addressing workers at the corporation’s Cardiff office, Davie said: ‘If you want to be an opinionated columnist or a partisan campaigner on social media then that is a valid choice, but you should not be working at the BBC.’