Beachgoers have been issued an urgent warning after thousands of poisonous bluebottles were washed up in strong winds across the New South Wales coastline.

The bluebottles were found on a series of Sydney beaches, including Maroubra and Bronte in the city’s eastern suburbs and Warriewood and Palm Beach on the northern beaches on Thursday and Friday afternoon. 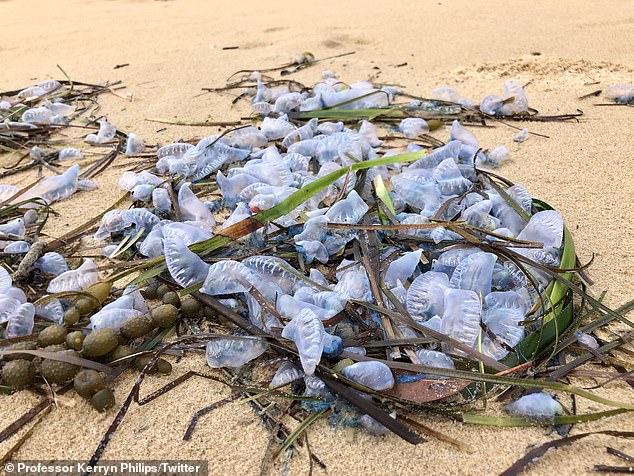 Bluebottles have washed up on multiple beaches across New South Wales. One beaching is pictured 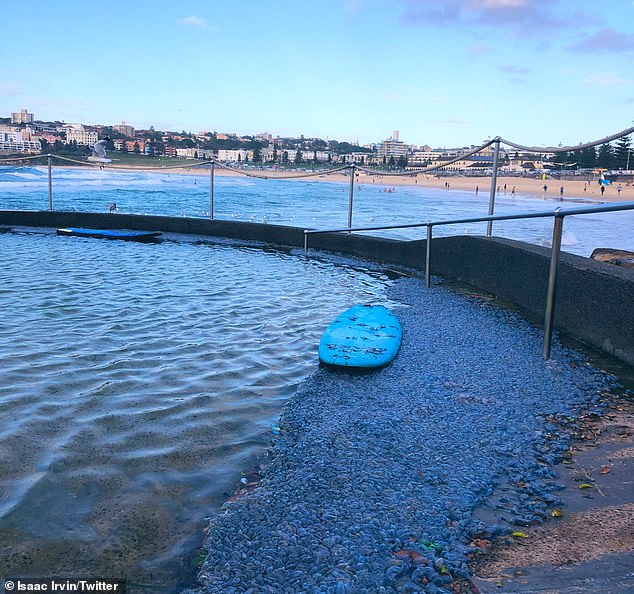 A strong north-easterly wind blowing from Coffs Harbour on the state’s north coast, all the way down to Merimbula on the south coast, helped blanket beaches with the unwelcome stinger.

‘It is blowing at 20 knots and that is a very strong wind. Bluebottles are turning up on our beaches already,’ the spokesman said.

Beachgoers have been told to be careful across the state when entering the water – and urged to re-think their plans for a swim at the beach. 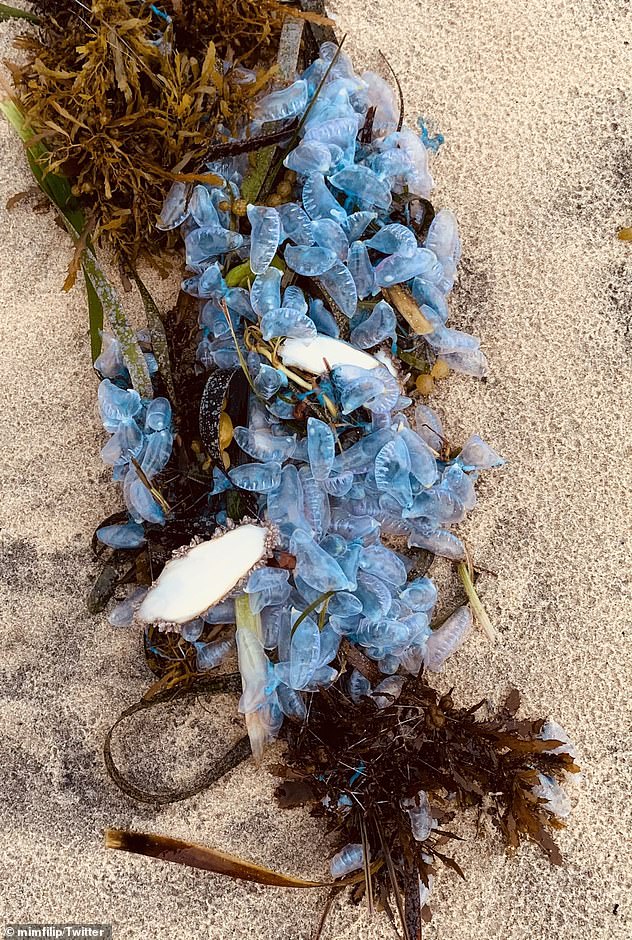 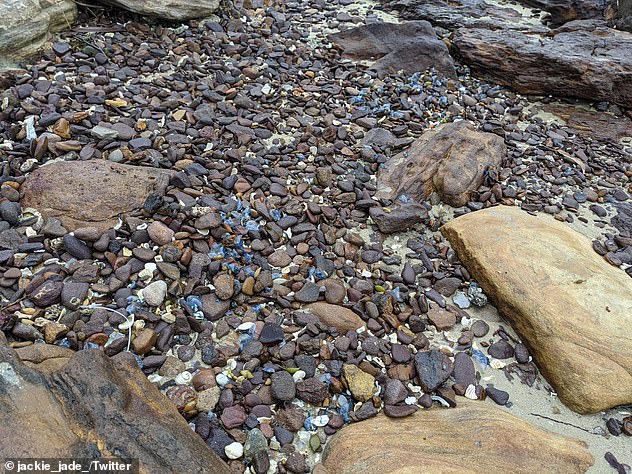 Other beachgoers were quick to comment on the unexpected army of jellyfish.

‘If the waves don’t get you, the bluebottles will’, one said.

‘The bluebottles were pouring in by the hundreds,’ another added. 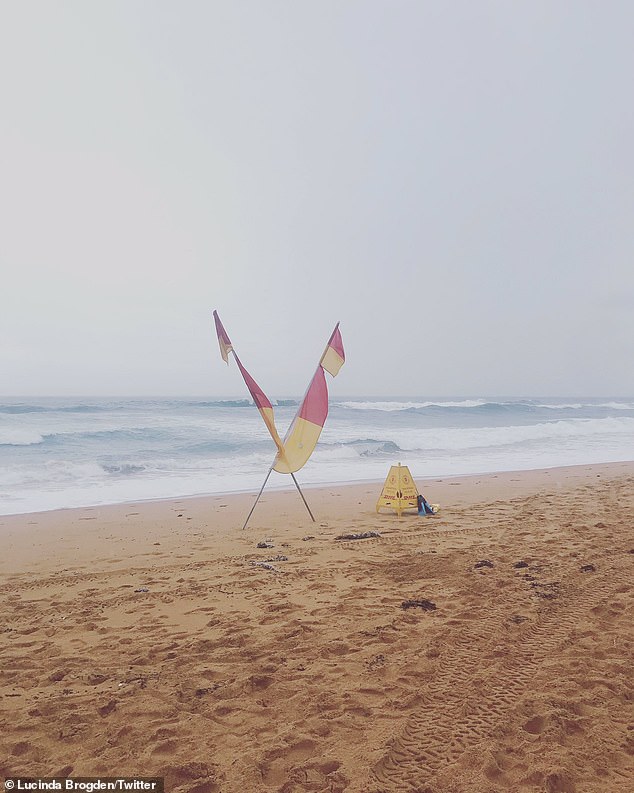 Bluebottles are a marine stinger with a clear, blue-tinged sail.

The poisonous tentacle is covered in stinging cells called nematocysts.

When they come into contact with human skin the cells react by injecting a small amount of a toxin that can cause intense pain.

Five-month-old baby is crushed to death by suicidal man