The Queen looked in great spirits as she arrived at Royal Ascot today, after being forced to miss the event for the first time in her then 68-year reign last summer, due to the coronavirus pandemic.

Usually a regular at the famous Berkshire meet, the Queen has been a no-show since it began on Tuesday – despite other members of the Royal Family – including the Prince of Wales, the Duchess of Cornwall, Prince Edward and Sophie Wessex – attending the event.

The monarch, whose husband Prince Philip died on April 9, aged 99, also missed last year’s race as it was held behind closed doors due the pandemic.

But today the Queen, dressed in a glamorous turquoise coat with a matching hat, braved the grey weather to cheer on the four horses running in her colours of purple and gold. 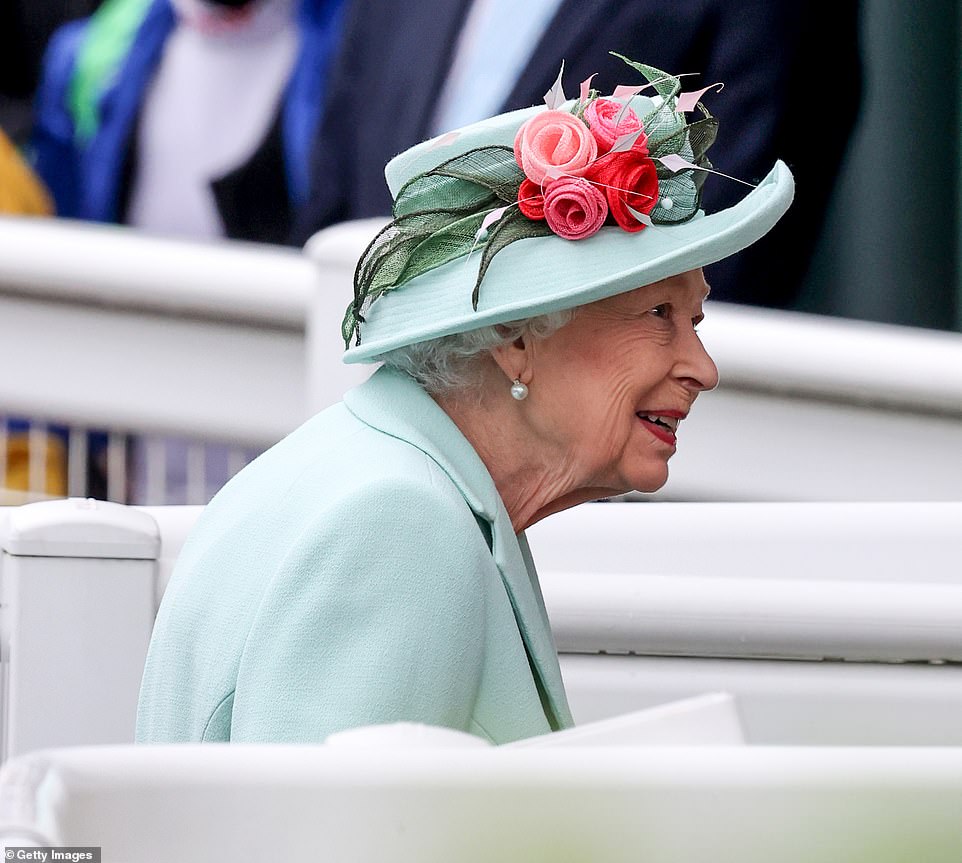 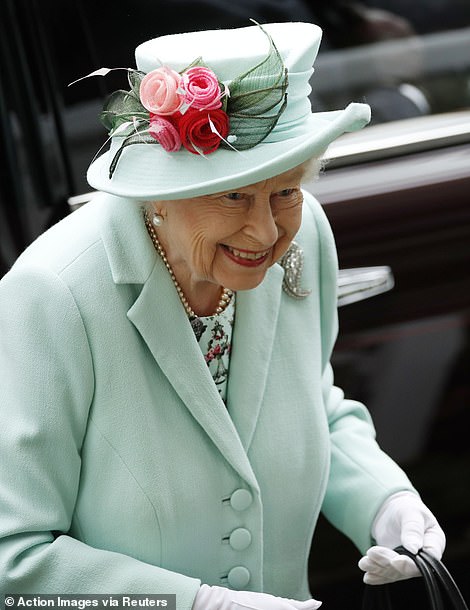 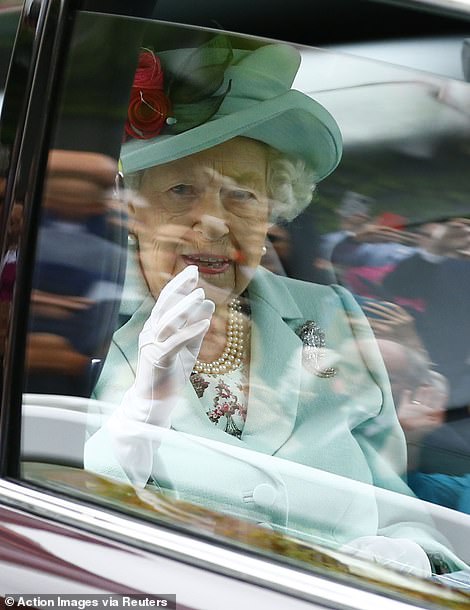 Usually a regular at the famous Berkshire meet, the Queen (pictured) has been a no-show since it began on Tuesday – despite other members of the Royal Family – including the Prince of Wales, the Duchess of Cornwall, Prince Edward and Sophie Wessex – attending the event 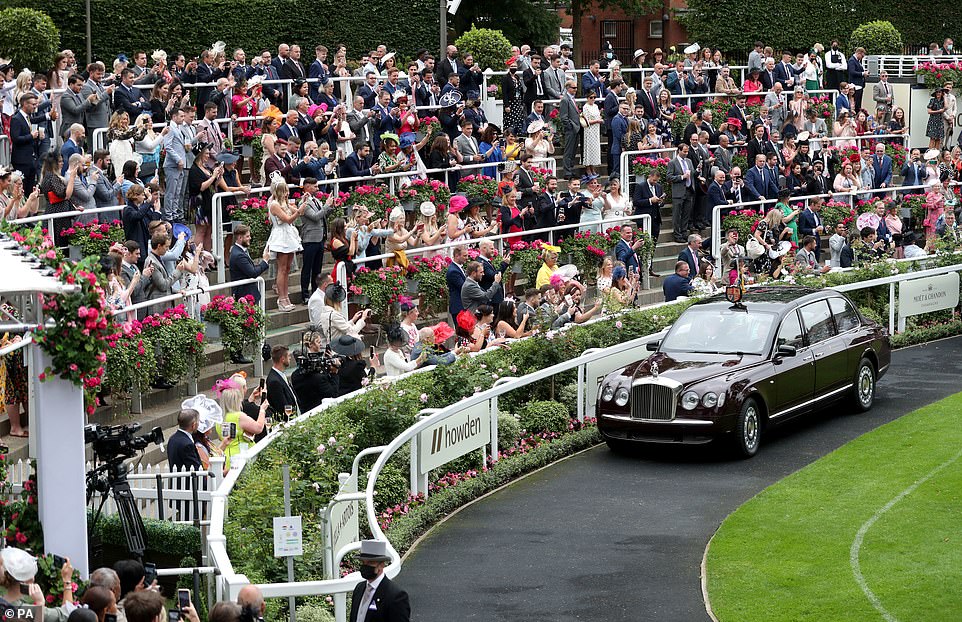 She arrived at the Parade Ring in a beige car at 2pm wearing lime green clothing and a matching hat to cheers and applause from the crowd.

Her horses Reach For The Moon, Tactical, Light Refrain and King’s Lynn are all set to run during the afternoon.

Punters like to bet on the colour of the Queen’s hat and this year bookmakers had said the most popular predictions were blue and green due to the change in weather.

Nicola McGeady, of Ladbrokes, said: ‘Green has been chalked up as the favourite, but red is the mover after money came earlier today.’

The Queen’s eldest grandson Peter Phillips was also seen arriving earlier in the day. The carriage procession that usually proceeds each day’s racing did not take place.

Earlier in the week, the Royal Family turned out in force for the first day of the five-day meet.

Camilla looked animated as she clutched her racing programme in the royal box, while discussing the action with her husband.

They were joined by Mike and Zara Tindall making their first public appearance since the birth of their son Lucas in March, Princess Anne, Prince Edward and Sophie Wessex at the Berkshire racecourse for the annual family event.

Her Majesty’s racing manager confirmed the monarch would not be attending on the first day but had been hoping to make it later in the week depending on ‘how things go’.