Scram! Moment two tiny terriers chase hungry bear out of house while their owner is sound asleep on the sofa

This the moment two small terriers chased a bear from a family home in California while their owner was napping on the sofa.

DeeDee Mueller only realised the hungry creature had been in her Pasadena house when she reviewed her CCTV footage after being woken by the dogs barking.

In the footage, the young bear ambles onto the deck outside the home and drinks from a fountain before making his way into the house.

Commenting on Facebook about the incident, Ms Mueller said: ‘I had no idea the bear came in at the time. I think the dogs smelled him and went nuts.

‘I only found out he came when I checked the videos afterwards. I was in the living room taking a nap.’ 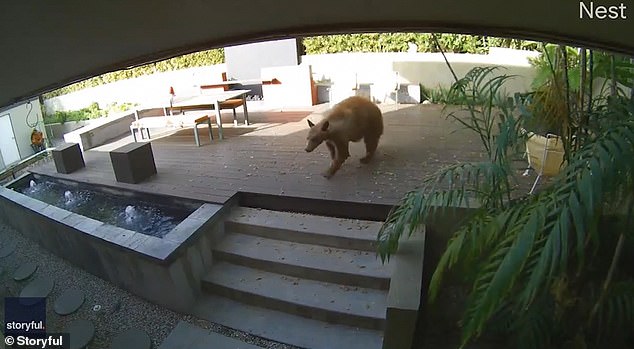 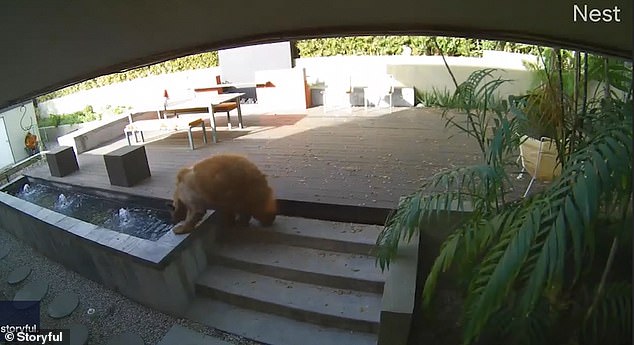 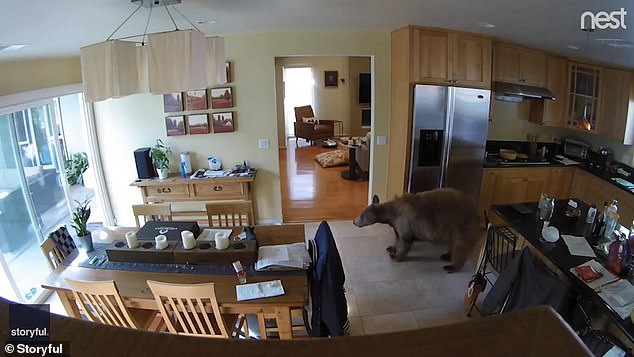 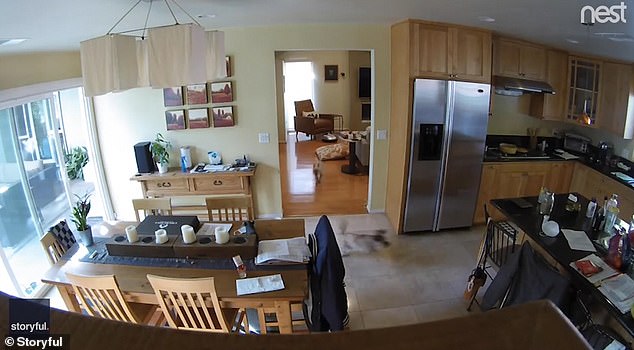 The bear can be seen exploring the kitchen before he is interrupted by the dogs , Squirt and Mei Mei.

Ms Mueller said the doors of the property were left open to allow the dogs the freedom to explore outside.

However, when the unexpected visitor arrived the two dogs responded by barking loudly, prompting the bear to retreat.

The two small dogs chased the bear, which is believed to be around two to three years old, outside where it went back into the wilderness.

Ms Mueller uploaded the footage of the encounter on Facebook and wrote: ‘Bear season officially started in our neighborhood.

‘A young bear wandered into the house but Squirt and Mei Mei said, “HELL NO, get out of our house!”‘

Ms Mueller said she had seen bears in her back yard previously but hoped this ‘doesn’t set the tone for this bear season’.

She said: ‘I was taking a nap in the living room. Our kitchen and dining room doors were both open for fresh air and easy for the doggies to go in and out.

‘Mei Mei was curled up by my legs and she suddenly dashed out and barked like crazy with Squirt followed right behind her.

‘Based on the barks, I knew something was up. It’s time to close all doors.’

She told ABC News: ‘As the bear was turning back, these pair noticed him. We saw a trail of urine so the bear was clearly very nervous.’ 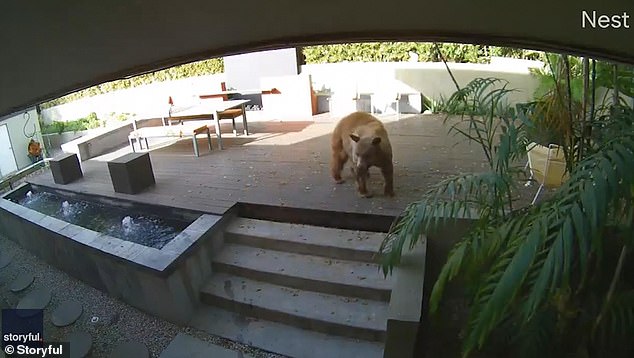 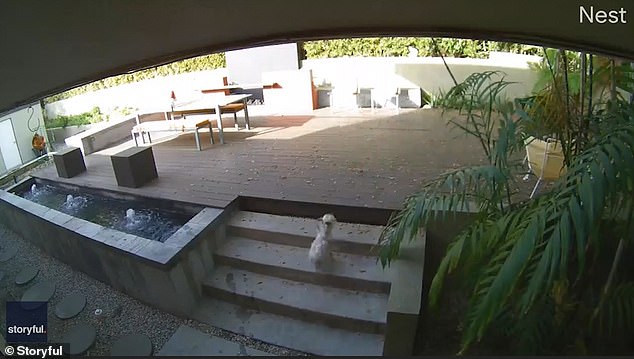 One the bear was safely away from the home, Ms Mueller discovered it had left behind a trail of urine

Europe’s Muslims prepare for second Ramadan under shadow of pandemic