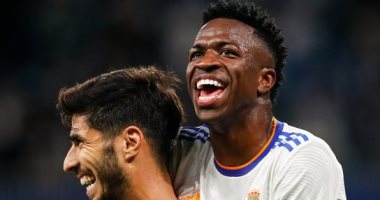 Real Madrid finished the first half of its match against Mallorca, 3-1 ahead, in the match that is currently taking place between the two teams at the “Santiago Bernabeu”, as part of the sixth round of the Spanish League championship for the current season 2021/22.

The two teams have faced each other in 58 matches before, Real Madrid managed to win 37 matches, while Real Mallorca won 10 matches, and the tie between them was 11 matches.

On the other hand, Real Mallorca is in eighth place in the table with 8 points, after a goalless draw against Villarreal in the previous round.